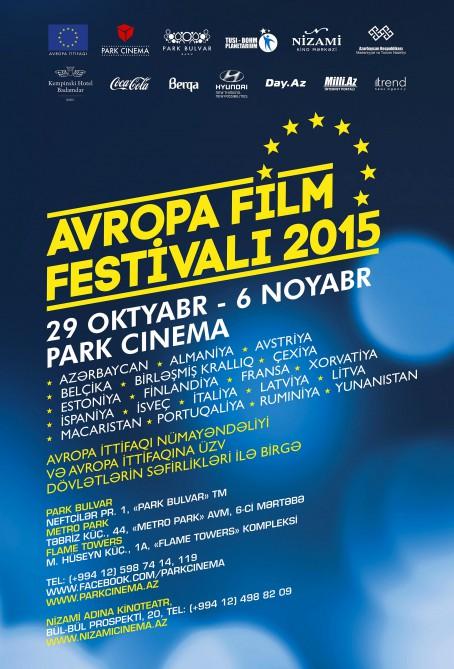 Baku. 14 November. REPORT.AZ/ The UN Office in Azerbaijan has announced a contest for the European Film Festival, Report informs.

"The 6th European Film Festival, which took place in cooperation with the EU Embassies accredited in Azerbaijan and Park Cinema from 29 October until 6 November, was the most successful one in its history with about 3500 active visitors," the UN Office said. "This year's film festival showcased the diversity of cultures in the EU: films from 18 different European Union countries in a great variety of languages - a record number in our 6 year tradition. Due to the high interest to the festival the tickets were handed out in very short time and almost all cinema halls were full."

"We would like to draw your attention to our price winning competition devoted to the European Film Festival 2015. Those who like to participate in the competition should write a brief film review under their favourite film poster, where they should explain why they voted in favour of this particular film. The Delegation will select 2 winners - the authors of the most meaningful reviews, who will receive travel packages to the Berlin International Film Festival "Berlinale" in February 2016. The competition will continue until November 20, 2015," the Office said.

The EU Delegation will also select the best film of the festival.

The film, which will receive the most comments and "likes" will be selected as the best one.