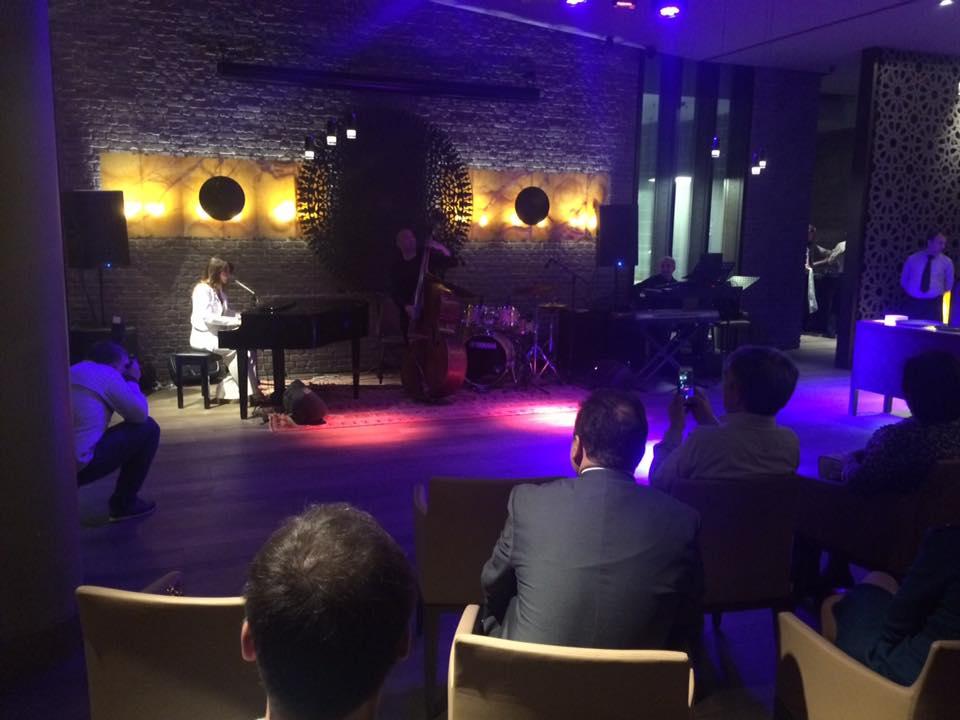 Report informs, Charge d'Affaires of Portugal in Azerbaijan, Jorge Fonseca who opened the evening noted that the event is dedicated to the 25th anniversary of the establishment of diplomatic relations between Azerbaijan and Portugal.

He highly appreciated the bilateral relations between the countries, noting the importance of cooperation in the sphere of culture.

Further, Maria Anne Bobone performed compositions in the genre fado, a Portuguese musical and dance genre. Literally the word "Fado" means "fate", "fate", the dominant emotion in the works is the acceptance of a bitter fate.

In her work, the fado singer M. A. Bobone, unanimously recognized as one of the best in this genre, combines the traditions of the best voices with the fado of previous generations and her own unique style.

In her latest album Fado&Piano, released in 2012, Maria Ana introduced another innovation to modern Fado and first revived a long tradition - piano accompaniment.

She accompanies herself, also plays the traditional guitar, composes her own songs and arrangements.