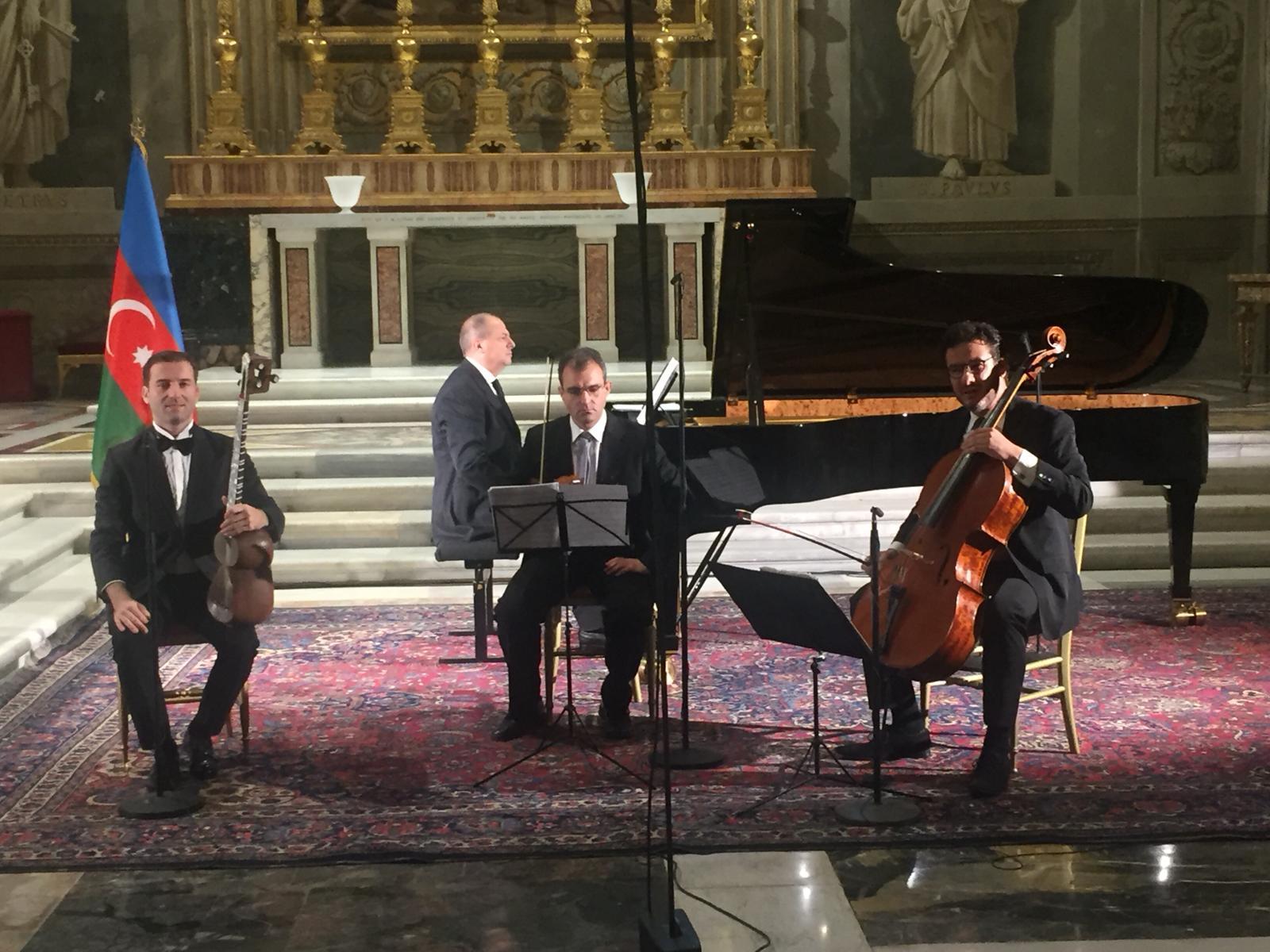 Baku. 15 October. REPORT.AZ/ The first concert of the Azerbaijani music was held at the Capella Paolina Hall of the Quirinale Palace of Italy, Report informs citing the Azerbaijani Embassy in Italy.

The founder and presenter of the Quirinale Concerts program, professor Stefano Catucci said that the concert organized by the National Commission of the Republic of Azerbaijan on UNESCO and the Azerbaijani Embassy in Italy was dedicated to the 100th anniversary of the foundation of the Azerbaijan Democratic Republic and the 10th anniversary of the introduction of mugham in UNESCO Representative List of Intangible Cultural Heritage.

Professor Catucci spoke about the rich music culture of Azerbaijan. The pieces of classic Azerbaijani music in the performance of Beljan-Tar ensemble consisting of Azerbaijani, Italian and Hungarian musicians under the direction of Italian maestro Pierluici Rucciero, Azerbaijani migham and folklore songs by the Qarabag mugham ensemble under the Mansum Ibrahimov were performed within the concert. The artistic performance of the musicians caused great interest of the audience.