Baku. 9 March. REPORT.AZ/ International club of the German Foreign Ministry has given a party on the occasion of the 200th anniversary of German settlements in Azerbaijan, on behalf of Culture and Tourism Minister Abulfas Garayev and Ambassador Ramin Hasanov.

Report informs citing the Azerbaijani Embassy to Germany, the event was attended by members of the Bundestag, members of the German-Azerbaijani Forum Board of Directors, German Foreign Ministry officials, representatives of diplomatic corps accredited in Germany, delegates of the country's scientific, cultural, social, political and economic circles and others.

Ambassador Ramin Hasanov stressed that the year of 2017 will be remembered as the 25th anniversary of diplomatic relations between the two countries and 200th anniversary of establishment of German settlements in Azerbaijan.

Abulfas Garayev said that 500 German families settled in Azerbaijan is an example of multiculturalism and religious tolerance in country as well as solid foundation for existing relations between the two countries.

Touching upon Armenian-Azerbaijani Nagorno-Karabakh conflict, the minister gave information about occupation of Azerbaijani lands and displacement of more than one million Azerbaijanis from their homes as a result of Armenian aggression as well as stressed that Azerbaijan tries for peaceful solution to the conflict.

Special Representative for German International Science, Education and Research Policy and Foreign Cultural Policy at the Federal Foreign Office, former Ambassador of Germany to Azerbaijan Heidrun Tempel said that 25th anniversary of diplomatic relations between the two countries and 200th anniversary of establishment of German settlements in Azerbaijan will give impetus to the further development of Azerbaijani-German relations. 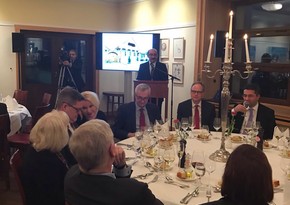 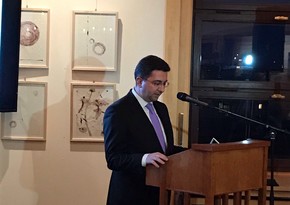 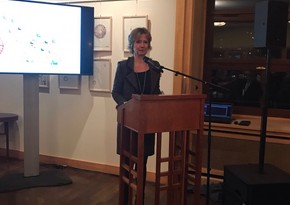 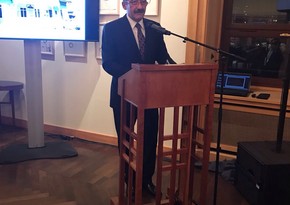