Baku to host a presentation of Estonian choir 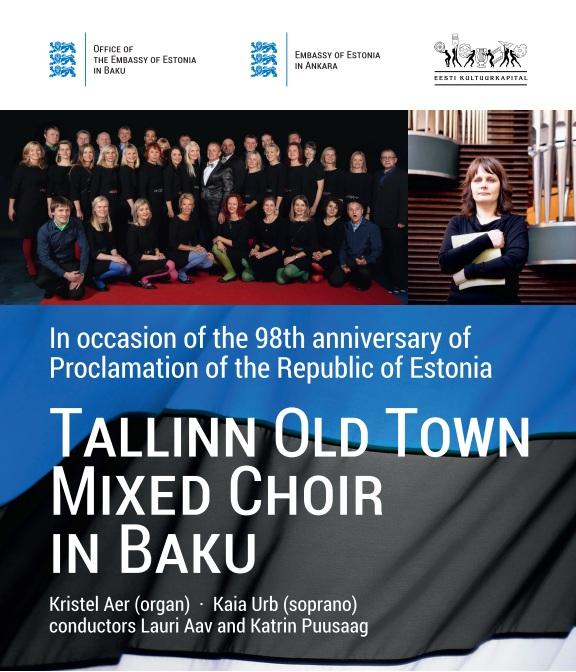 Baku. 22 February. REPORT.AZ/ On the occasion of the 98th anniversary of the proclamation of the Republic of Estonia, Baku will host a concert of the Tallinn Old Town Mixed Choirand organist Kristel Aer.

Report was told in the Estonian Embassy in Azerbaijan, the concert will be held in the Concert Hall of Baku Musical Academy named after Uzeir Hajibeyov February 25 at 19:00.

During the concert, famous compositions by J.S.Bach, J.Arcadelt and Estonian composers such as Urmas Sisask, Uusberg Pärt and others will be performed.

Entrance to the concert is free.