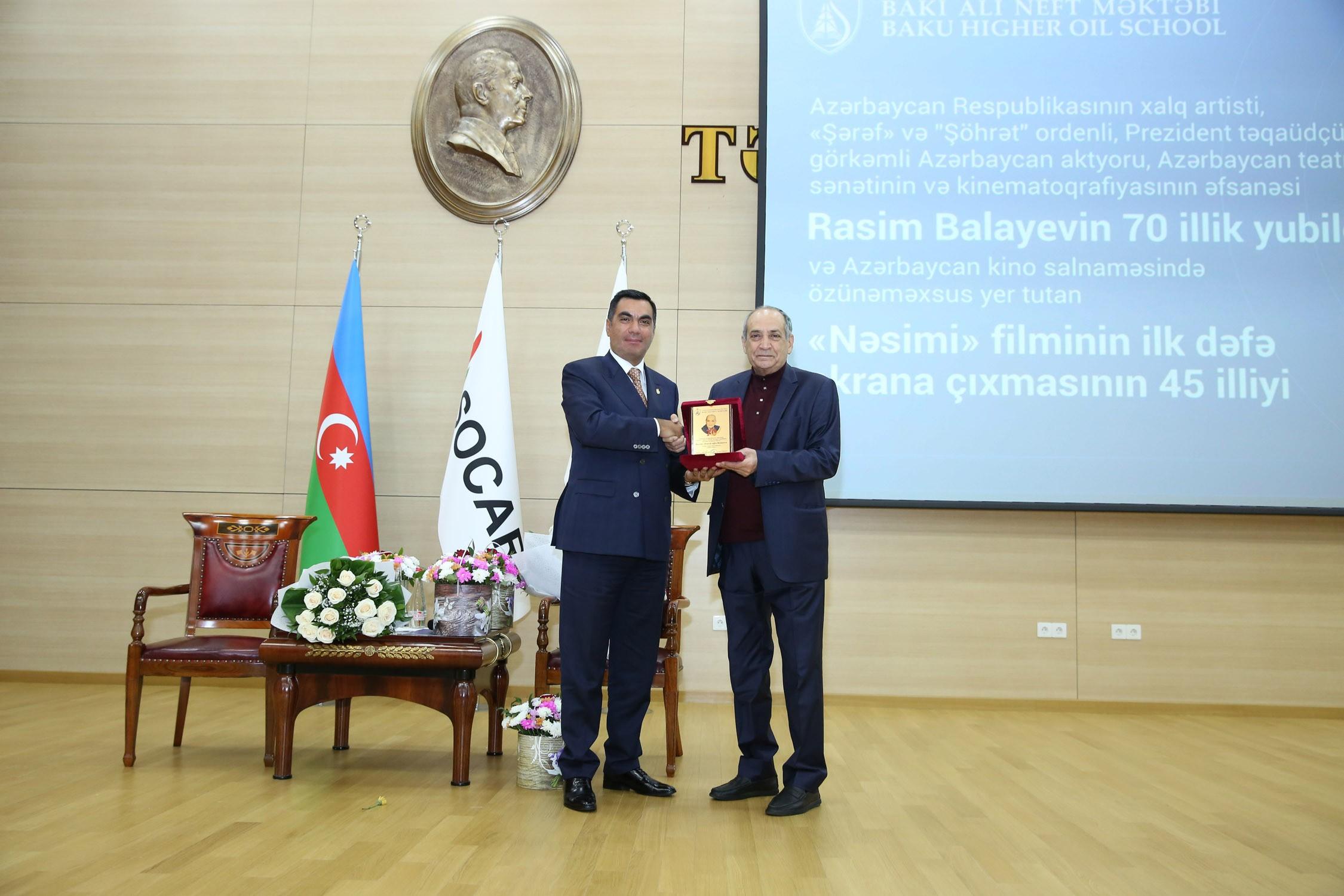 BHOS Rector Elmar Gasimov opened the meeting and on behalf of all the staff members extended his heartfelt congratulations to Rasim Balayev on his 70th anniversary. In his words, although it was a debut of the young artist in a big movie, Rasim Balayev who was playing the leading role in Nasimi became a notable actor after the film’s release. In 1974, during 7th Soviet film festival in Baku, the film was awarded Prime Award for Best Historical Film and Rasim Balayev received Best Actor award.

The famous actor expressed his gratitude to the BHOS Rector for the interest and attention to his work. Rasim Balayev said that this was his second visit to the Higher School and added that it would always have a special place in his heart. The People’s Artist told about his filmography and professional activities and shared memories on the most interesting moments of his biography.

Elmar Gasimov awarded Rasim Balayeva memorable plaque on his 70th anniversary and in recognition his outstanding achievements. At the event, segments of movies with the eminent actor were shown.

Speaking at the gathering, Deputy Chairman of the Committee on Defense, Security and Combatting Corruption of the MilliMajlis Aydin Mirzazada, People’s Artist of Azerbaijan Abdul Makhmudov, Director of the film studio "Azerbaijanfilm" Mushfig Gatamov and Honored Artist of the republic Khalida Guliyeva told about Rasim Balayev’s multi-faceted creative activities and his contribution to the national culture. Then the actor answered numerous questions asked by the students.

In conclusion, Nasimi, a historical drama movie directed by Hasan Seyidbeyli was shown. It depicts the life of the great Azerbaijani philosopher and poet Nasimi, who was played by Rasim Balayev. 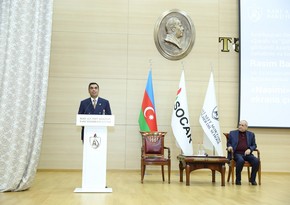