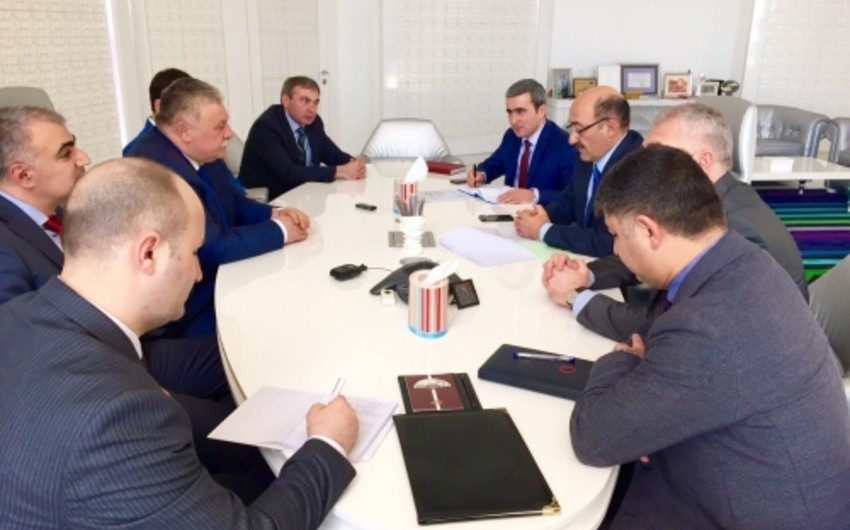 Baku. 4 February. REPORT.AZ/ Azerbaijani Culture and tourism Minister Abulfas Garayev received the delegation led by the chairman of the government of Russia's North Ossetia - Alania Republic Sergei Takoev. Report informs, the minister noted that there is close constant relations in the field of culture and tourism between Azerbaijan and Russia and these relationships developed further in recent years, also, our country attaches great importance to cooperation with Russian regions.

"As we are living in the same region, there are similar values between the nations. On the basis of values, the implementation of exchanges in the fields of tourism, music, theater can contribute to the expansion of existing relationships," the minister said.

Sergei Takoev expressed his grateful to Abulfas Garayev for the reception. He noted that he is interested in expanding the relations with Azerbaijan in the fields of culture and tourism. Noting the social activity of many Azerbaijanis living in the Republic of North Ossetia-Alania in the social life of the country, Sergei Takoev stressed that this factor can hold a special place in the development of future relations.

Holding joint specific cultural events and travel routes was decided for the cooperation at the end of the meeting.