Azerbaijan’s national cuisine, music and culture demonstrated in Ukraine The event was held within the 100th anniversary of the People's Republic of Azerbaijan 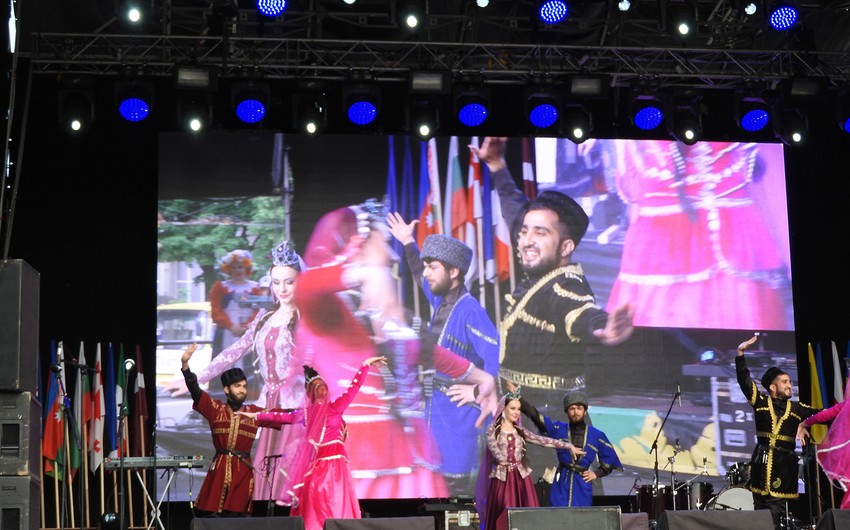 Baku. 7 May. REPORT.AZ/ The national cuisine, music and culture of our country were demonstrated within the framework of the international festival "Karpatski Prostor" and the 100th anniversary of the Azerbaijan Democratic Republic in Ivano-Frankivsk Azerbaijani Embassy, Ukraine.

Report was told in the Embassy, at the opening ceremony of the three-day festival Minister of Foreign Affairs of Ukraine Pavlo Klimkin,Ivano-Frankivsk Mayor Ruslan Martsynkiv, Deputies of the Supreme Rada of Ukraine and other state officials addressed. 30 famous culture and art collectives from around 30 countries took part in event.

Ambassador of Azerbaijan to Ukraine Azer Khudiyev said Azerbaijan has hosted the world's most prestigious cultural and sporting events in recent years, adding that, the country is participating in this festival with a large delegation.

A. Khudiyev also informed about rich cuisine and culture of Azerbaijan. The guests were presented dolma, plov, gutab, baklava and other products of Azerbaijan's national cuisine. Azerbaijan's song and dance ensemble Caucasus performed in event.

Ukrainian Foreign Minister Pavel Klimkin said that Azerbaijan pays special attention to the development of culture and art along with many areas.