Azerbaijan represented at exhibition of foreign embassies in Korea

Azerbaijan represented at exhibition of foreign embassies in Korea The donations include traditional garments, accessories, handcrafts, sculptures and publications 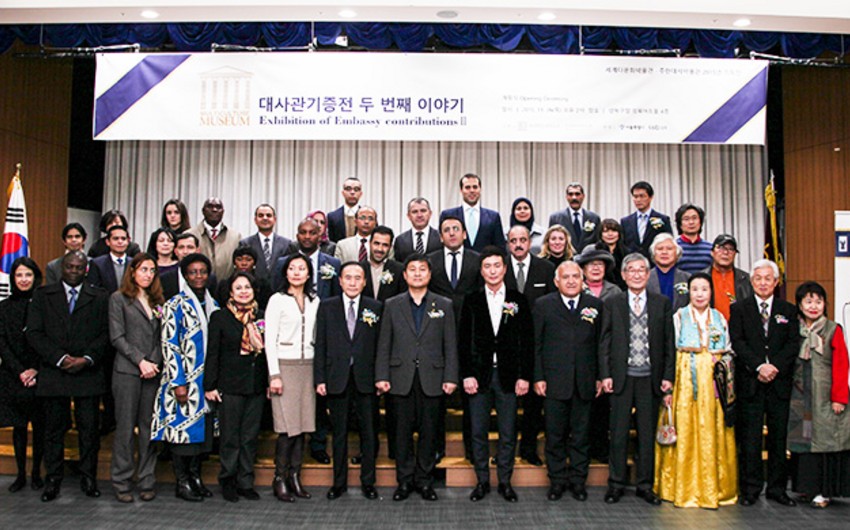 Baku. 25 January. REPORT.AZ/ Azerbaijan was represented at exhibition of foreign embassies in Korea.

Report informs referring to the Korean media, donations from foreign missions in Korea are on display at the Koaroo Centersia in Seoul.

The "Exhibition of Embassy Contribution II" features about 400 donations from 36 diplomatic missions from 2011. The Korea Multiculture Museum and the Ambassador Museum organized the event.

The donations, each carefully selected by ambassadors, include traditional garments, accessories, handcrafts, sculptures and publications.

"The Ambassador Museum will be a place where Koreans can communicate with rather unfamiliar foreign diplomats in Seoul," Kim Yoon-tae, the museum director, said.

The exhibition runs through February 26.