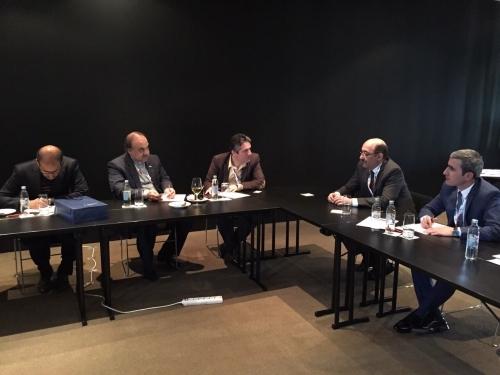 Baku. 29 May. REPORT.AZ/ Minister of Culture and Tourism of Azerbaijan Abulfas Garayev met with Iranian Vice President, Head of the cultural heritage, handicrafts and tourism of Iran Masoud Soltanifar.

Report was told in the Department of Information and Public Relations of the Ministry, at the meeting, which was held in the Croatian town of Rovinj, discussed the importance of cooperation in the field of cultural heritage and tourism within Iranian-Azerbaijani relations.

During the meeting it was proposed to jointly submit similar elements of cultural heritage to the UNESCO.

A.Garayev invited the vice-president of Iran in Baku to sign memorandum of understanding in the field of tourism.

He noted that in a day or two preparatory works for holding the Days of Culture of Azerbaijan in Iran will begin.

A delegation headed by A. Garayev participated in the 100th session of the Executive Council of the World Tourism Organization of the United Nations, which was held in the Croatian town of Rovinj.