Abbot Alexey: Azerbaijan demonstrates a classic example of respect for historical and cultural monuments Over the past 27 years, the independent state of Azerbaijan has paid particular attention to the preservation and careful, competent restoration of historical monuments with specialized international experts' involvement
114 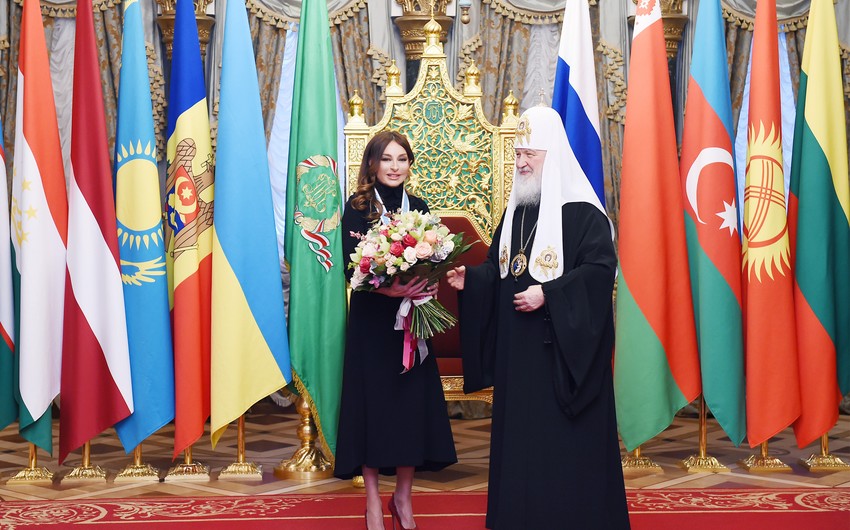 Azerbaijan demonstrates a classic example of respect for historical and cultural monuments, and not only for its own.

Abbot Alexey (Nikonorov), rector of St. Nicholas Orthodox parish in the Italian city of Merano, author of a dissertation on "Christianity in Caucasian Albania," told in an interview to Nezavisimaya Gazeta.

"The cultural heritage of any nation is first of all the most valuable asset that ensures the continuity of times, unobtrusively teaches and educates people, reveals the most beautiful and profound things that the people have. That is why it is so important to pay special attention to the preservation of historical monuments. Everyone in the civilized world seems to understand this. During its recent history, Azerbaijan demonstrates a classic sample of a careful attitude to historical and cultural monuments, not only to its own.

Over the past 27 years, the independent state of Azerbaijan has paid particular attention to the preservation and careful, competent restoration of historical monuments with specialized international experts' involvement despite the need to solve complex political, economic, and other problems. And these are not only ancient settlements, fortresses, watchtowers, Khan's palaces, mosques, but also Christian churches, Jewish synagogues," he added.

He recalled that the First Vice-President of Azerbaijan Mehriban Aliyeva is an internationally recognized UNESCO Goodwill Ambassador. The Heydar Aliyev Foundation financed the restoration of Saints Marcellinus and Peter Christian Catacombs in Rome. Work continues on the restoration of the ancient Christian sarcophagi at the complex of the Basilica of St. Sebastian.

If some doubt Azerbaijan's intentions and ability to take care of the cultural heritage of Karabakh, let them come to Azerbaijan, visit the cities and villages of this country - and then all perplexities will disappear by themselves."

"Azerbaijanis are not Turkic tribes that came in the XI-XIII centuries, but descendants of ancient Caucasian peoples who were formed in this region for thousands of years and gradually absorbed Persian and Turkic ethnic elements. Accordingly, the current Azerbaijanis are the legitimate successors of those States that existed on this land, including the States of Caucasian Albania and the heirs of those cultural and religious monuments that have survived to the present day.

Speaking about the Karabakh zone, we must understand that in 428 A.D. The Armenian state ceased to exist and turned into a province of Sassanian Iran. The episodic restoration of independent Armenian states in subsequent centuries did not concern Karabakh's territory at all. For this reason, not a single monument created in the region can be called Armenian in any way.