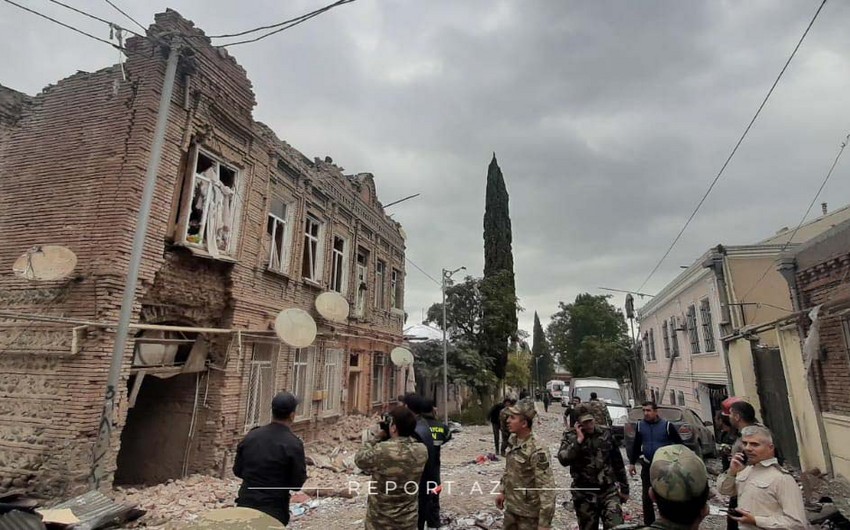 "On October 4, by order of the military-political leadership of Armenia, the Armenian armed forces fired from heavy artillery at Ganja, the second-largest city in Azerbaijan, the center of ancient history and culture.

As a result, one civilian was killed, 32 people were injured, civilian objects, residential buildings, various structures of the city, including a state-protected historical monument (inv. 3838), were severely damaged.

Known for centuries as a cultural center on the Great Silk Road, Ganja has contributed to the world's cultural heritage with the great poet and thinker Nizami Ganjavi, the prominent poet Makhsati Ganjavi, whose 900th anniversary was celebrated at the UNESCO level in 2013, and many other famous artists, composers, and architects.

By firing rockets at the ancient city of Ganja, the center of Azerbaijan's historical and cultural heritage, Armenia is targeting not only Azerbaijan but also the world's cultural heritage and universal values, once again demonstrating its long-standing policy of vandalism. The fact that the head of the so-called regime in Nagorno-Karabakh demonstratively took responsibility for the shelling of Ganja is yet another confirmation of the hypocritical policy of the Armenian side."