Armenians promote balaban in Japan as an 'Armenian instrument' - PHOTO

Armenians promote balaban in Japan as an 'Armenian instrument' - PHOTO Armenians have involved Japanese into falsifications related to Azerbaijani music and balaban. 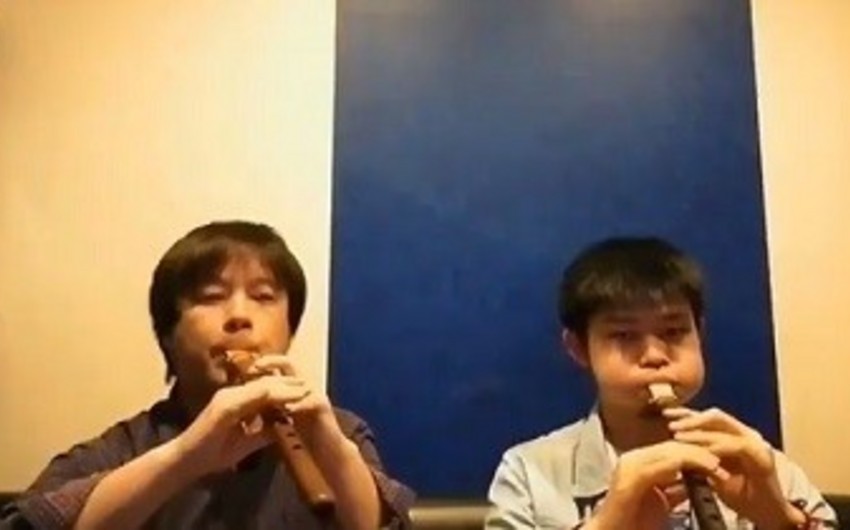 Armenians have involved Japanese into falsifications related to Azerbaijani music and balaban.

Report informs citing Armenian media that the balaban performance of Japanese Kento Sudzuki and Yasutka Tarumi was spread in social networks. They made some improvisations in the style of Shur mugham.

By presenting this as 'Dili Yaman' ('Dle yaman') Armenian folklore song, Armenians this time involved the Japanese musicians into falsifications.

Balaban performer Kento Sudzuki took part in the 11th international young singers festival in Armenia in June of this year.

Sharing their thoughts about the performance of the Japanese musicians, the specialists said that Armenians again made falsifications regarding Azerbaijani music and balaban. According to the specialists, Kento Sudzuki attempted to steal Shur mugham: "His playing balaban is a positive case. But he needs to study Azerbaijani music for perfect performance on this wind instrument. Otherwise, Armenians will teach him the music they steal from Azerbaijan and his knowledge will be incomplete. In other words, the breathe emitted by balaban will resemble not music but its charge. Kento Sudzuki's performance of the so-called 'Armenian song' is also incomplete." 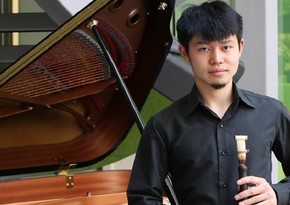