80th anniversary of Adriano Celentano to be held in Baku

80th anniversary of Adriano Celentano to be held in Baku
971 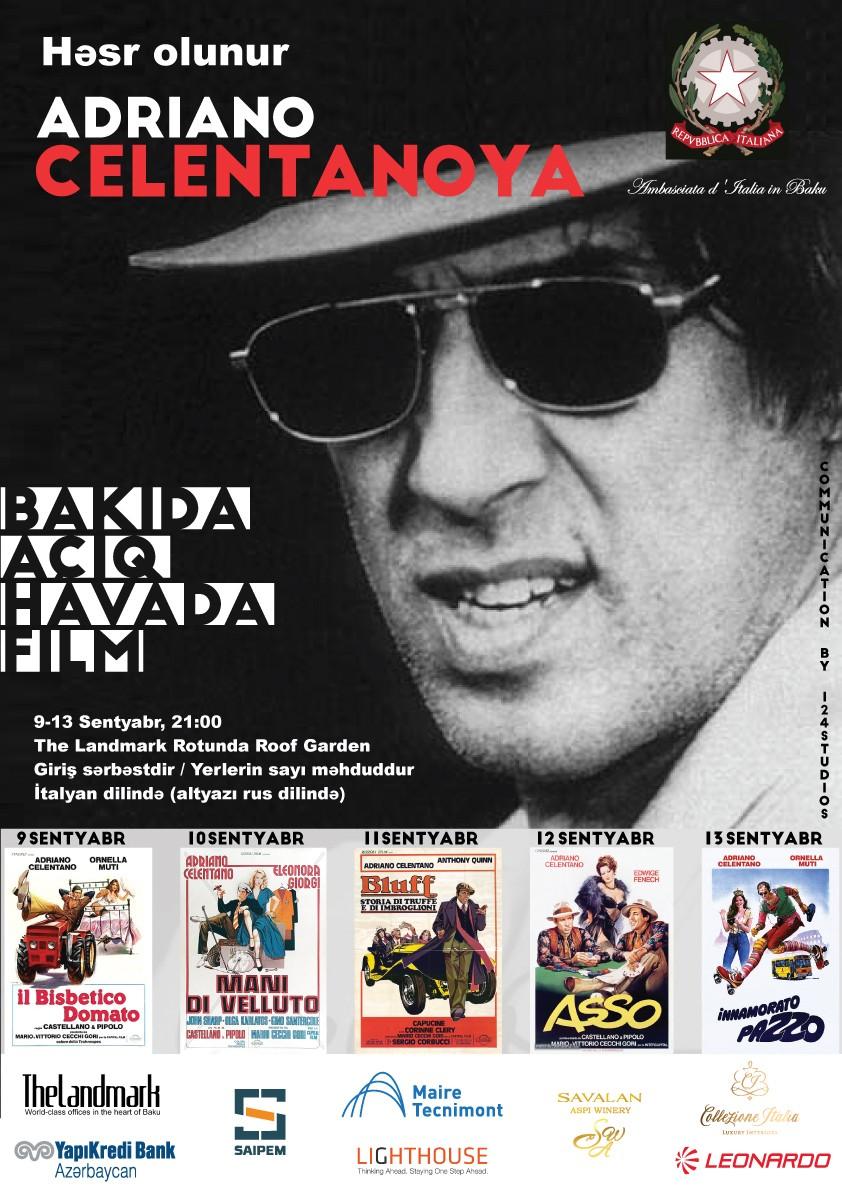 Baku. 6 September. REPORT.AZ/ On  September 9-13, 2018, Baku will host a film festival dedicated to the 80th jubilee of Italian actor Adriano Celentano, who is very popular in Azerbaijan.

Report informs that the festival is organized by the Italian Embassy in Azerbaijan. During the festival, the five most famous and beloved films starring Adriano Celentano ("Bluff", "Madly in Love", "The Taming of the Shrew", "ACE," Velvet Hands ") will be screened.

The screenings will be held at the Landmark hotel and business center.

More than forty years as a singer Celentano released over 30 albums with more than 70 million copies and performed more than 600 songs.

In 1958, young Celentano decided to start a career in the film industry and starred in the episodic role of a rock singer in Federico Fellini's Sweet Life produced in 1960. Filmed before 1969 in episodic roles, the singer became known as the film actor after Pietro Germ's Serafino.