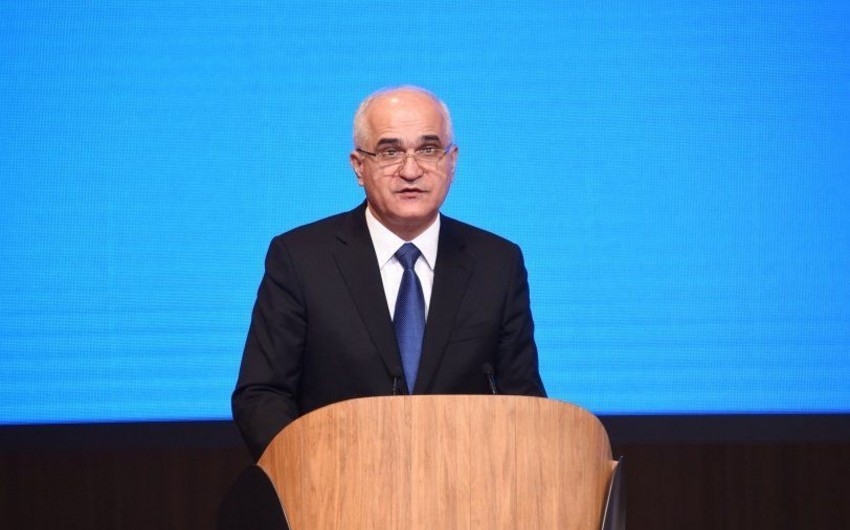 The next meeting of the Azerbaijani-Russian intergovernmental commission on economic cooperation will be held on December 9 in Baku.

"During the meeting of the intergovernmental commission, the opening of the plant for the production of drugs of the R-Pharm company will take place in Pirallahi, where we have created an industrial park. In total, about $ 80 million of investments is planned. The first phase will be ready. I hope that soon we will begin laying the second phase, "S. Mustafayev said.

According to him, the foundation of a service center for repair and maintenance of Mi helicopters will also be laid:

Deputy Prime Minister also noted that, in addition, an almost finished assembly shop for Gazelle cars will be inspected.

"I would like to remind you that the trucks Kamaz and Ural are already successfully assembling in Azerbaijan. I think that soon we will see how Russian combines are assembled in Azerbaijan", - Mustafayev said.

Also, according to him, the foundation of the plant for the production of insulation materials of the Russian company Penoplex will be laid.

"Meanwhile, we are now seeing a huge increase in investment, especially in the North Caucasus.Several hotels and resorts have already been built in Essentuki, are being built in Zheleznovodsk, Kislovodsk. A tea factory is also being built in the Krasnodar Territory. Azerbaijani-Russian relations are developing very successfully and on a mutually beneficial basis. Today, cooperation with one-sided benefits will not work in the economy. The interests of both parties are guaranteed. Otherwise, projects of this magnitude cannot be implemented”, - Deputy Prime Minister said.

“To date, major financial investments have been made by Gazprombank; Polymer plant for the production of polypropylene and low-pressure polyethylene was built, Gazprombank also participates in the modernization of the "Azerikimya" Production Union”.

According to S. Mustafayev, the investments of the Russian Federation in the economy of Azerbaijan have already reached almost $ 5 billion: "This is a good indicator. Investments from Azerbaijani side are also increasing from year to year - now it exceeds $ 1.2 billion. The amount is very impressive for Azerbaijan."