Pakistan wants more Azerbaijani products in own market Pakistan is a big market, which has a huge potential to Azerbaijan: 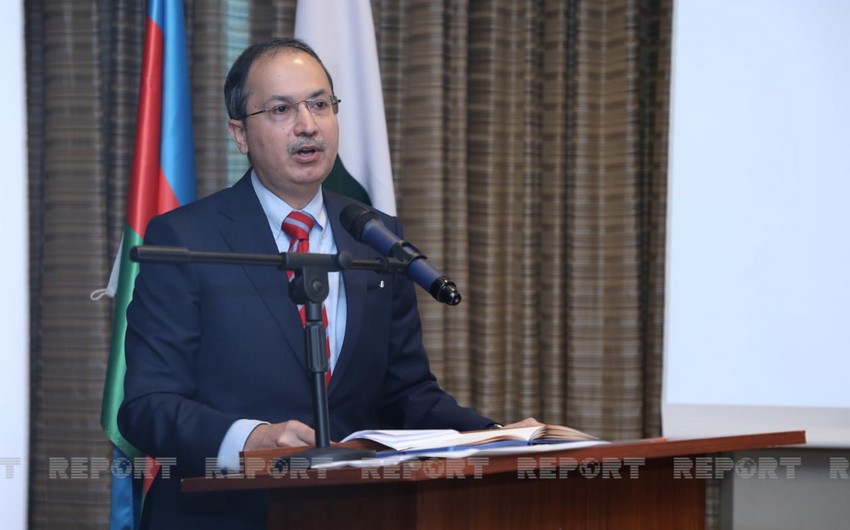 Pakistan is a big market, which has a huge potential to Azerbaijan:

“Whatever is produced in Azerbaijan can be exported to Pakistan,” Pakistani ambassador to Azerbaijan Bilal Hayee told Report.

It particular, the ambassador sent his message to Azerbaijani exporters, saying that Pakistan is a market of 200 million people that wants to see Azerbaijani products in it.

“There’s a lot of potential. We want to see increasing trade from both sides. We hope and we are confident that months and years ahead we will see huge increase in our bilateral trade,” said ambassador Hayee.

Also, the ambassador noted that one of the main trade challenges that Pakistan and Azerbaijan were facing was regarding the transportation of goods, but now since the Pakistani company National Logistics Cell for the first time has implemented a direct logistics transport operation between Pakistan and Azerbaijan, the delivery of goods from countries will become very easy.

“The containers and vehicles will not be opened while they are passing through other countries and the goods will be transported with safety and security,” clarified the ambassador.

He also noted that this was a test run and currently Pakistan is working with the Azerbaijani government and its relevant authorities to figure out the needed formalities.

“Once they are formalized, this stream of NLC vehicles will become a regular phenomenon,” he added.