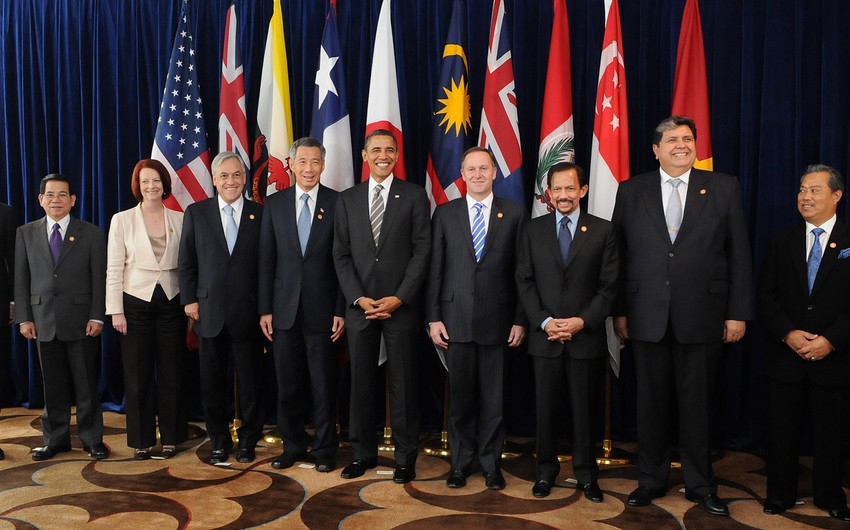 Baku. 6 October. REPORT.AZ/ The Pacific trade deal agreed on Monday, which grants biotechnology drug producers less protection than offered by the United States, could put more downward pressures on the costly drugs' pricing in the industry's most lucrative market.

Report informs referring to Reuters, the United States and 11 trading partners, including Mexico, Japan, Canada and Australia, wrapped up five years of talks after securing a compromise on protection for biotech drugs that would help determine when less expensive versions known as biosimilars can enter the market.

The terms of the Trans-Pacific Partnership give drugmakers at least five and potentially up to eight years of protection of data needed to produce biosimilar medicines. Countries can sign on for a minimum of five years of data exclusivity that with added time for regulatory processes, would in effect provide a “comparable outcome” to an eight-year time frame.

The agreement falls far short of the 12 years of data protection enforced in the United States and which U.S. lobby groups representing biotech and pharmaceutical companies from Amgen Inc to Pfizer Inc sought to extend to other nations.

The United States could still maintain 12 years in its own market, since the trade deal language only sets minimum standards.

Over time, however, the longer protection period compared with its trading partners could come under pressure at home, where anger over rising costs of medicines is growing among doctors, patients and some lawmakers. "If you see too much of a price discrepancy (between the United States and trade partners), at some point you're going to see a push back," said Steve Brozak, president of WBB Securities which focuses on smaller biotechs.

U.S. lobbies representing pharmaceutical and biotech companies ved their disappointment that the negotiators failed to uphold the 12-year period as an international standard.