Minister of Economic Development of Russia: Trade and economic relations with Azerbaijan deepen

Minister of Economic Development of Russia: Trade and economic relations with Azerbaijan deepen Next meeting of the Azerbaijan-Russia intergovernmental commission will be held in the near future 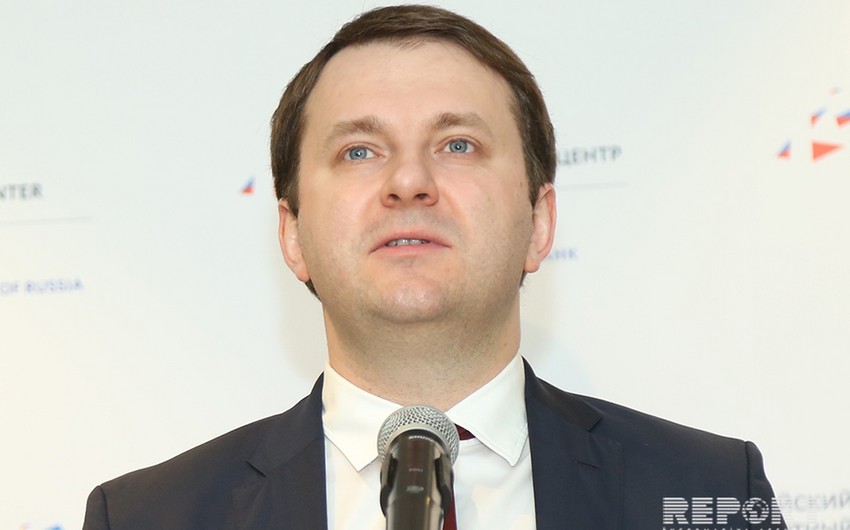 Baku. 27 September. REPORT.AZ / "The next meeting of the Russian-Azerbaijani intergovernmental commission will be held soon," Minister of Economic Development of Russia Maxim Oreshkin.

Report informs that Oreshkin was speaking at the expanded meeting of the Azerbaijani-Russian and Russian-Azerbaijani Business Councils in Baku.

According to him, there was "reset" in relationships - a new composition of the intergovernmental commission was formed this summer. "The next meeting of the commission will be held in the next couple of months”, Oreshkin said.

The Russian Minister of Economic Development noted that trade and economic ties between the countries are deepening: "Systematic work is being done to remove barriers to development of economic cooperation. We will  work actively on joint integrated projects in the spheres of industry, agriculture, transport, etc.”

According to him, the role of business in the implementation of such projects is growing seriously. "Regions where new production facilities will be located will also play an important role," the Minister said.