Indian companies invest $1.2B in Azerbaijan’s economy Minister of Economy Shahin Mustafayev has met with the newly-appointed Ambassador of India to Azerbaijan Bavitlung Vanlalvavna, Report informs.
128 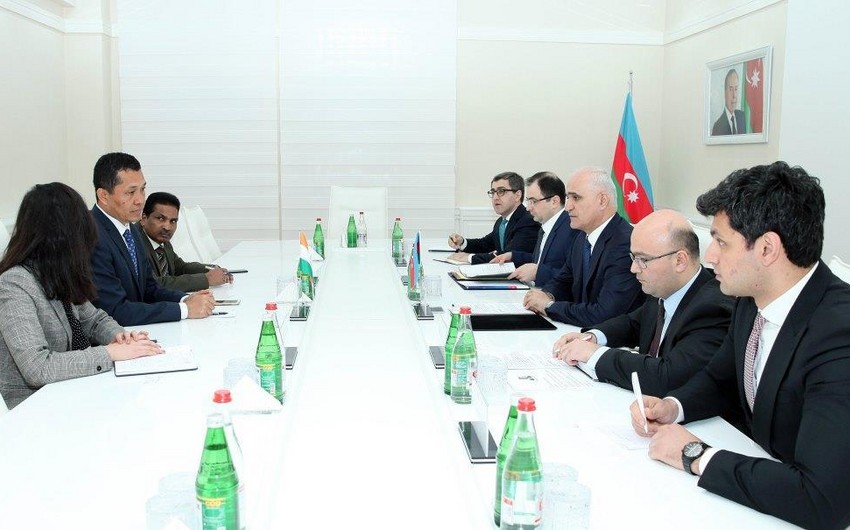 Minister of Economy has met with the newly-appointed Ambassador of India to Azerbaijan Bavitlung Vanlalvavna, Report informs.

According to the Ministry, the minister stressed that Azerbaijan lays an emphasis on the cooperation with India, underlined significance of mutual visits in development of the relations.

It was noted that discussions on the Agreement of promotion and mutual protection of investments are underway. Nearly 230 Indian companies operate in Azerbaijan. Indian companies invested $1.2 billion in Azerbaijan’s economy. Mustafayev said the trade turnover between the two countries went up 84% in 2018. İn the first quarter of 2019, the trade turnover grew by 66% to $300 million. Business forums and meetings were held with the participation of business circles of  both countries. India-made products were exhibited in Azerbaijan.

The minister also emphasized the potential of cooperation in industry, energy, agriculture, pharmacology, tourism, ICT and etc., opportunities for export of Azerbaijan’s non-oil products to India. He invited Indian businessmen to benefit from favorable condition in Azerbaijan’s industrial parks and districts, organization of joint ventures.

Bavitlung Vanlalvavna, in turn, expressed his views on development of India-Azerbaijan cooperation, adn noted that they will do their best for development of economic ties.