Ilham Aliyev: Over the past 15 years there is no such developing country in economic field as Azerbaijan 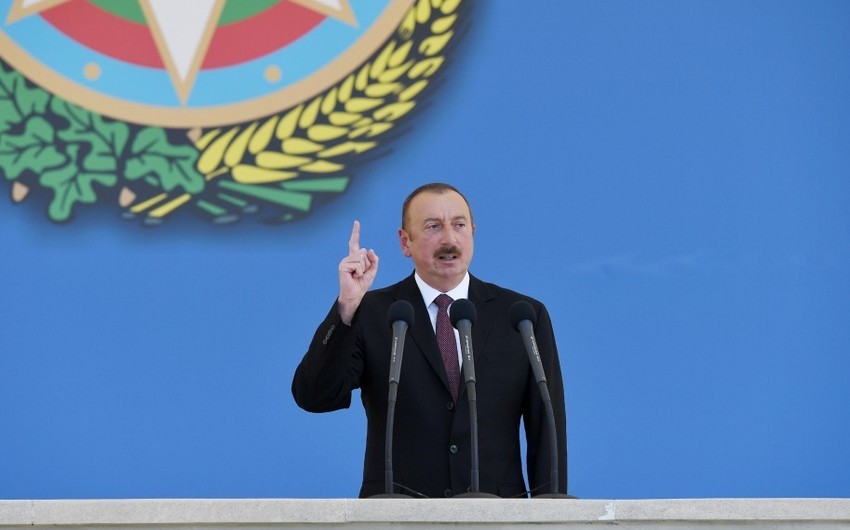 Baku. 26 June. REPORT.AZ/ "Over the past 15 years there is no such developing country in economic field as Azerbaijan”.

"Our economy has grown by 3.2 times. Today Azerbaijan feels comfortable thanks to its economic potential. Azerbaijan ranks at top places in the rating of all international organizations and is the third for the dynamics of development among developing countries. We live on our own charge, and we do not get help from anywhere. There is no need for that. We direct capital which earned by our own efforts  to the goals of the country. Army building is in the first place among them", he said.