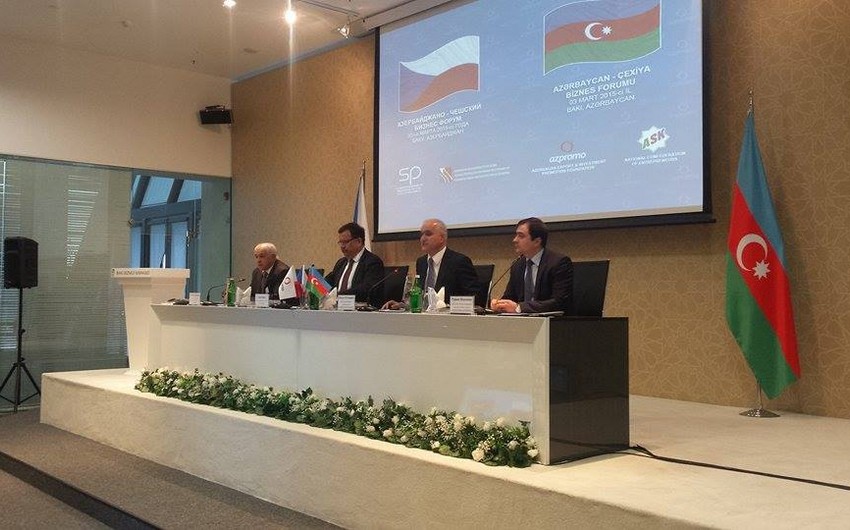 The Minister said that Azerbaijan and the Czech Republic have concluded more than 20 contracts in various fields: "Today the main task is to maintain a stable political relations between the two countries. We are interested in expanding cooperation in various sectors of the economy, especially in the field of ICT".

In his speech, the Minister noted that 16 Czech companies to invest in the economy of Azerbaijan in the field of education, ICT, tourism and others.

Sh.Mustafayev also noted that Azerbaijan has economic ties with more than 150 countries around the world over the last 10 years and the volume of investment in the economy rose by 50 times.

The next speaker, the Minister of Industry and Trade of the Czech Republic Jan Mládek said that they are interested in the development of relations between the two countries. According to him, 31% of industrial goods in Czech Republic is imported from Azerbaijan.