Tiq-Tiq Khanum in digital art. Interview with artist Kanan Sheikhzamanly NFT (Non-Fungible Token) is a non-fungible token. Each NFT token is unique. It cannot be divided, and the complete information about its author, buyer, and other operations with it is kept reliably in a blockchain. In other words, NFT is a digital certifi
102 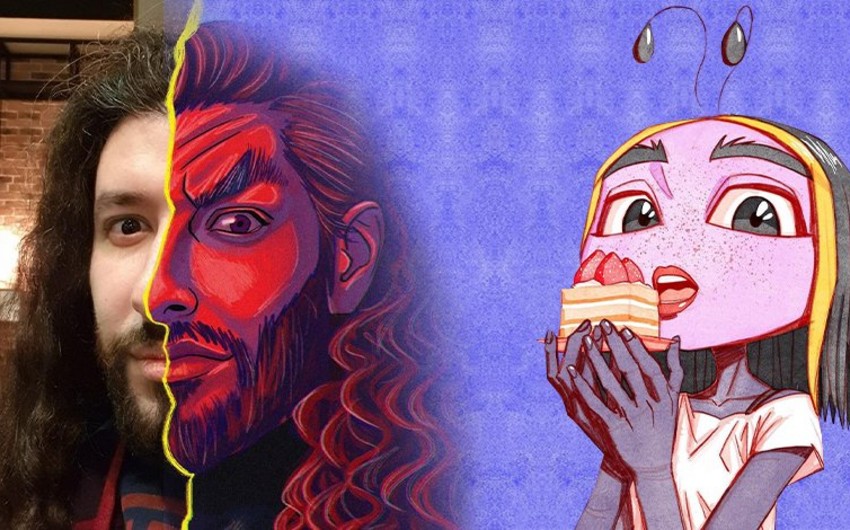 NFT (Non-Fungible Token) is a non-fungible token. Each NFT token is unique. It cannot be divided, and the complete information about its author, buyer, and other operations with it is kept reliably in a blockchain. In other words, NFT is a digital certificate attached to a unique object.

In Azerbaijan, such a trend as NFT is little known yet, but it is gaining steam worldwide. For creative people, it is usually an opportunity to monetize the fruits of their art.

As part of the ALOV Club project, seven illustrations of the well-known Azerbaijani artist Kanan Sheikhzamanly became pilot in NFT-collection.

In an interview with Media.Az, he spoke about how he decided to give a new 'digital breath' to the famous Tiq-Tiq Khanum:

- I developed the idea to make the illustrations in the NFT format last year at the outset of the pandemic. First, I started painting characters from our national films and then moved to animated films. I was most attracted by Tiq-Tiq Khanum, and I wanted to present her to viewers in a new, more advanced format. I think I achieved that since my illustration became viral. It attracted the great attention of the viewers in social networks and gained popularity in the Azerbaijani segment of the Internet. In Tik Tok alone, it got over 80,000 views.

- And so a whole collection of images was born...

- Yes, I started painting her in various styles, in various epochs, for example, as a Japanese beauty. Moreover, in my collection, she also has an image of a girl with a pearl earring.

- Do you mean the painting by Johannes Vermeer?

- Yes, it is one of the most famous paintings by the Dutch artist. This is how I developed the idea to create a series about Tiq-Tiq Khanum. But to make this idea come true, I have to build a team and certainly need a definite budget.

- What budget do you need?

- It is within the framework of the ALOV Club project that we launch the national NFT-collection of Azerbaijani artists and art figures. So far, my seven pilot illustrations of Tiq-Tiq Khanum are represented there, each of which is virtually dedicated to one episode of the future 'Tiq-Tiq Khanum: new adventures' series. After the illustrations go on sale, I plan to start making a TV series using the money I get from illustrations. 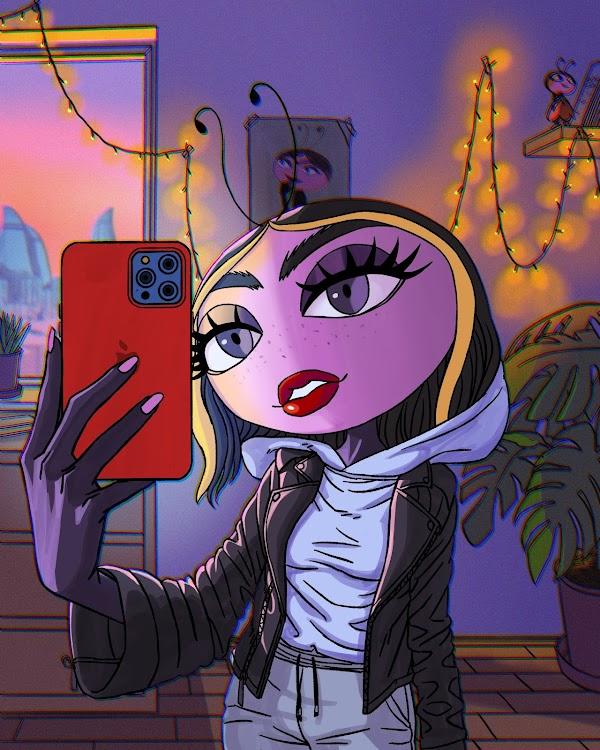 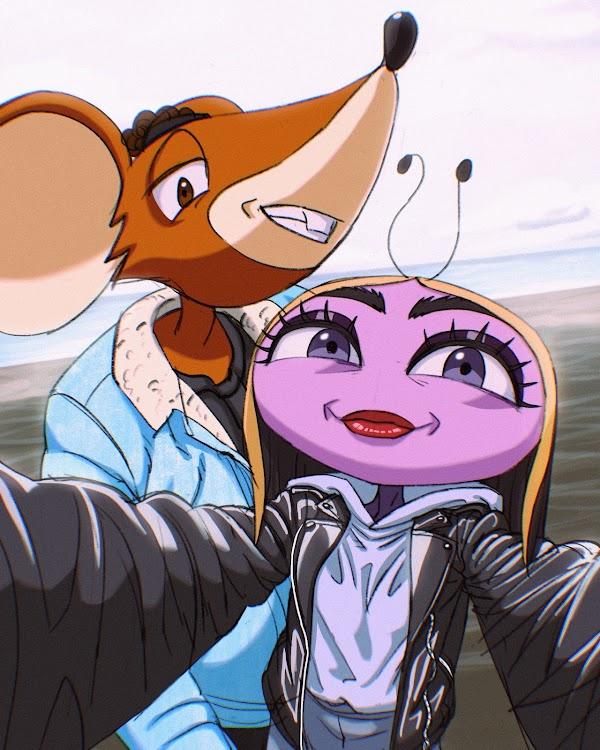 - That's an interesting idea... Moreover, this direction is very popular all over the world...

- Yes. The main goal of our project is to promote Azerbaijani artists in the global world of digital art. By the way, this industry began to develop in 2017, but it has become a kind of a boom only now.

The first piece of art to be turned into an NFT token was a black and white stencil by the artist Banksy – a 2007 stencil titled Morons (White).

Blockchain company Injective Protocol bought it, burned it, and created an NFT token – a virtual asset that is tied to "a digital sample of an objet d'art."

- On which platform are digital illustrations of Tiq-Tiq Khanum presented today?

- On the opensea.io platform. Everyone, if desired, can watch them.

- They are sold for Ethereum-based cryptocurrency (platforms for creating decentralized online services based on blockchain - distributed ledger technology).

Absolutely all works are stored on Inter-Planetary File System (IPFS). When buying a digital work, the owner receives a certificate for the work - lines of code that confirm that the owner of the token is the owner of the original copy of the work.

- Is NFT an investment, and does the buyer get any profit from it?

A person acquiring the rights to an NFT is actually investing in this work of art. After all, becoming popular, it grows in price and accordingly brings money to its owner. For collectors and other art lovers, such purchases are akin to those of original paintings. 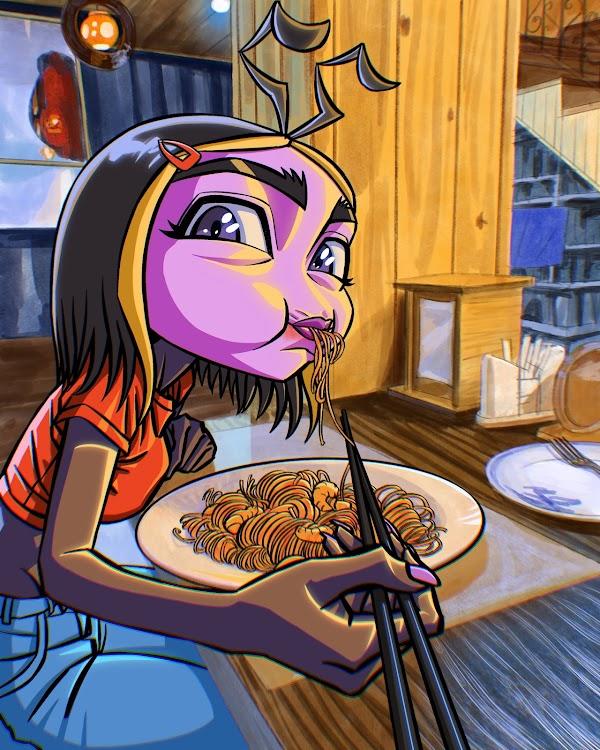 - In conclusion, why Tiq-Tiq Khanum?

- Tiq-Tiq Khanum is a collective image. I presented her in the form of our modern bloggers, actors, and other famous female personalities. I want to show the world of a famous Azerbaijani woman. 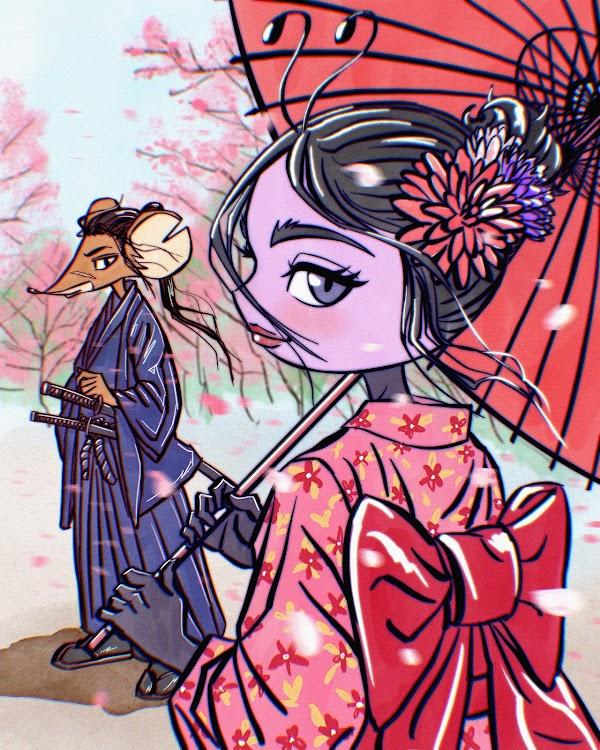 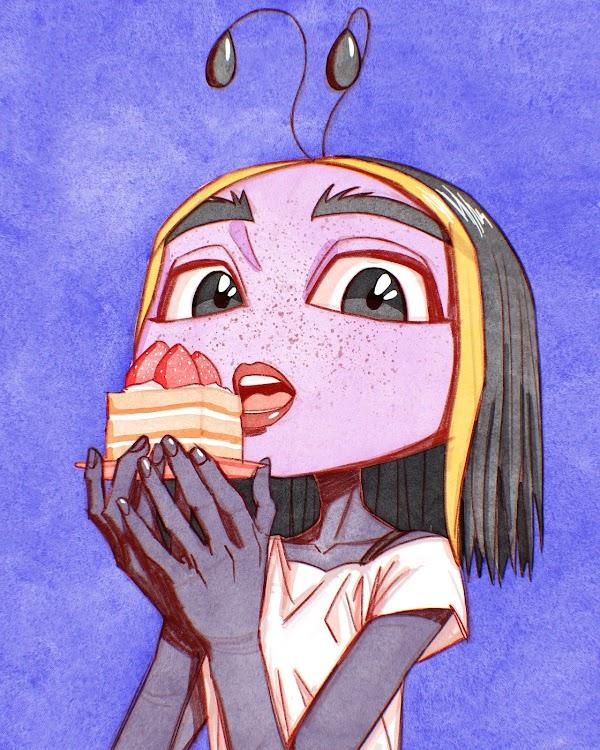