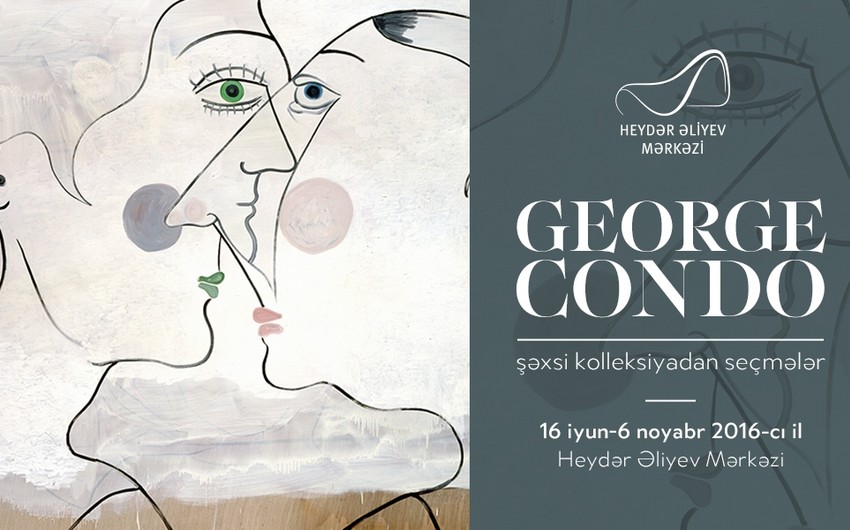 Baku. 9 June. REPORT.AZ/ On June 16, works by George Condo, one of the recognized modern avant-garde artists, are to be displayed at the Heydar Aliyev Center. The exhibition styled George Condo. Selections from a Private Collection shall feature over 70 canvases and sculptures.

Report was told in the press service of the Center.

Born in 1957 in Concord, New Hampshire, George Condo is a graduate of the University of Massachusetts in Lowell (1976-1978). Inspired by the American cartoon and the Greek mythology, he delved into the portrait genre producing very specific gallows humor works. Condo’s products bring together expressionism, cubism and satirical cartoon. His art varies from monumental bronze statues to mystical portraits. To better identify his works, Condo coined the term Artificial Realism.

Despite being a recognized painter, Condo is not alien to sculpture. His Desireah crafted in 1999, adorned with ruby, diamond and pearls is a clear proof of this.

A new phase of George Condo’s hybrid portraits was launched in 2007 when the artist started portraying series of sketches depicting the whole range of human sentiments varying from surprise to scream and smile.

One-man shows by George Condo were held in both his native US and a number of cities in Europe. Geography of his displays includes Houston, New York, Buffalo, Salzburg, Paris, Barcelona, Bielefield and London.

The George Condo. Selections from a Private Collection exhibition at the Heydar Aliyev Center will run till November 6.