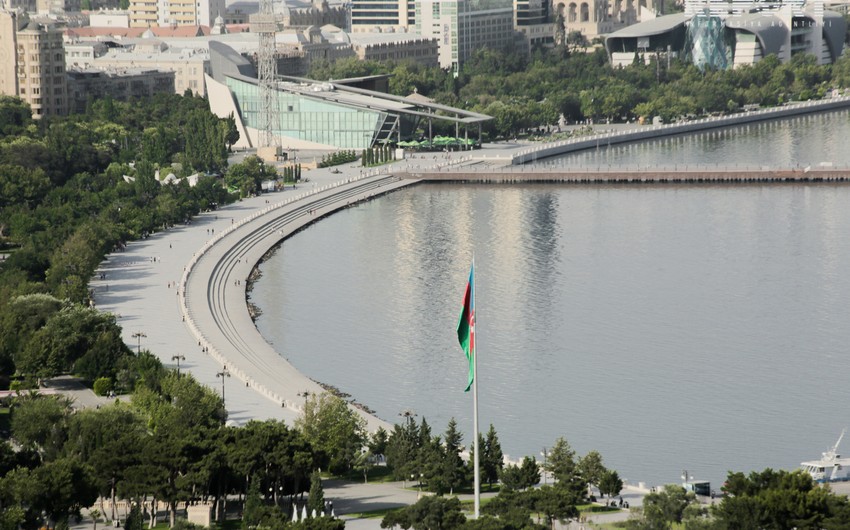 The exhibition of the famous French photographer Paul Nadar will be presented for the first time in the Azerbaijan National Museum of Art from 18 December 2021 to 15 February 2022. This exhibition is proposed by the Embassy of France and the French Institute in Azerbaijan in partnership with the Ministry for Culture of the Republic of Azerbaijan and the Azerbaijan National Museum of Art. Mrs. Konul Rafiyeva is the Curator of the Exhibition. It enjoys the support of the Architecture and Heritage Multimedia Library within the French Ministry of Culture.

Several dozens of photos presented in this Exhibition are the modern printouts of the original negatives stored in the photographic archives of the Architecture and Heritage Multimedia Library within the French Ministry of Culture. It is split into three thematic sections: ‘The Great Portraits’, ‘Baku’ and ‘Travel to Turkestan’.

Paul Nadar (1856-1939), was the son of the no less famous Félix Nadar (1820-1910), one of the pioneers of the art of photography in France in the XIX century and the founder of Nadar, the prestigious photography company. Deserved heir to this father, Paul Nadar is one of the most talented French photographers of his period who undertakes the practice of his art by embarking on long-distance journeys.

The name of ‘Nadar’ mirrors the entire part of the history of French photography. In this authentic family story, Félix Tournachon followed by his son, Paul, were all the bearers of the Nadar brand during their entire careers as artists.

Félix Tournachon (1820-1910) decides to bear the name of Nadar when he is aged twenty. ‘The Panthéon Nadar’ comes to light in 1854 composed of almost three hundred cartoons which are mainly satirical: it makes him famous. In 1860 he settles in the luxury studio on the Boulevard des Capucines in Paris. He becomes one of the pioneers to get on board the air balloon to photoshoot Paris. The portraits of his peers give us the most expressive particular images of the very famous personalities like Charles Baudelaire, Eugène Delacroix, Victor Hugo, George Sand, and others.

Paul Nadar (1856-1939), the only son and heir of the famous photographer Félix Nadar, works in the studio of his father since early childhood and becomes the photographer who exclusively dedicates himself to the art of photography. Departing Paris on board the Orient-Express in 1890, he arrives in Istanbul on 18 August of the same year. From the port of Batumi on the Black Sea, he reaches Baku by making a stopover in Tbilisi. The places shot by Paul Nadar during his journey in Baku in 1890 had a different aspect than today. Consequently, his photos represent a very significant documentary on the capital of Azerbaijan at the end of the XIX century. Nadar photoshoots the unique architectural examples of Baku (The Gosha Gala – the Double Fortress, the Saint-Nicolas Church, Shirvanshahs Palace) and the life in the twisting streets, shops, and crowd full bazaars, wandering merchants, and the new urban society with families and children.

The crossing of the Caspian Sea after Baku brings him to the newly built Russian port of Uzun-Ada. From Uzun-Ada to Samarkand, he visits this country of deserts using the railway route and then, traveling by carriage he reaches Tashkent in his journey where he participates in the presentation of his photos at the universal exhibition.

The Exhibition will last until 15 February 2022.