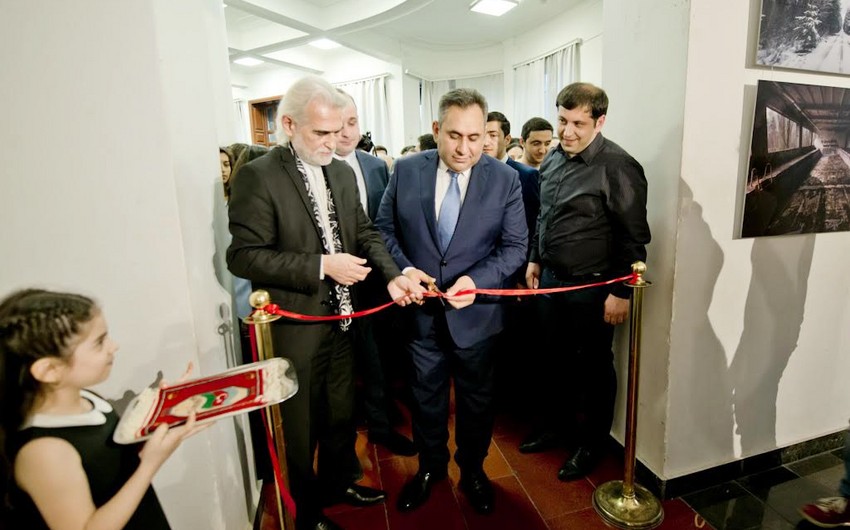 Baku. 27 April. REPORT.AZ Opening of the exhibition of Report News Agency's photographer Orkhan Azim, devoted to 30th anniversary of Chernobyl disaster, was held at the exhibition hall named after Vajiha Samadova of the Azerbaijan Artists Union.

Opening of the exhibition, which has been held with the support of Report NA and Azerbaijani Union of Chernobyl Disabled Persons, caused agiotage.

The event was also attended by representatives of Ukrainian Embassy to Azerbaijan.

Firstly, victims of the Chernobyl disaster commemorated with a moment of silence.

Speaking at the opening of the exhibition national artist Aghali Ibrahimov said that the exhibition will be of great interest to the public: 'Recent global challenges in the world increase importance of this exhibition. Photos, demonstrated by Orkhan Azim are works of art. No music, art, film can awaken people like photos. This is really a great work'.

Editor-in-Chief of Report News Agency, Murad Aliyev noted that Chernobyl accidents were great tragedy for the entire post-Soviet area: 'Many Azerbaijanis provided assistance to eliminate the consequences. Organization of such an exhibition has been decided to commemorate their memory. Taking into account all these cases, Report News Agency sent its photographer Orkhan Azim, to the area. He decently coped with this task'.

In his speech, Chairman of the Union of Chernobyl Disabled Persons Mirhasan Hasanov told about Azerbaijanis' role in elimination of Chernobyl problem, health state of those affected by this tragedy and about their children. President of the Union said that they participated in the elimination of the accident, which occurred in the fourth block, 'So far, more than 3,500 people have been killed. A total of 600,000 citizens of the former Soviet Union took part in the elimination of the Chernobyl accident, of which 7,000 were Azerbaijanis. More than 2,000 children, who were born to affected parents, died in different ages. Everyone should know that the Metsamor nuclear power plant in Armenia is a serious threat for the whole region. Everyone should raise their voice to stop this plant's work'.

In his speech Orkhan Azim, photographer of Report News Agency honored memories of the people killed during Chernobyl events and said that tried to deliver all through the photos that observed by him while being in the area.

After speeches, red ribbon, symbolizing the opening of the exhibition, has been cut. The photos demonstrated at the exhibition attracted great attention of viewers. 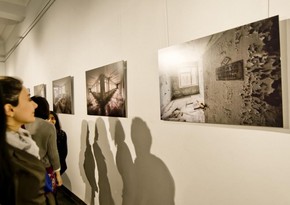 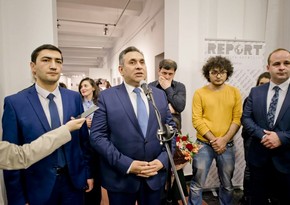 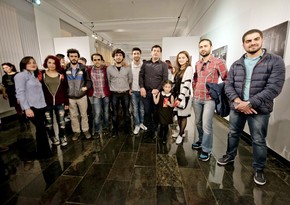 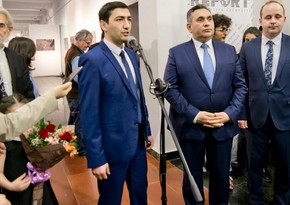 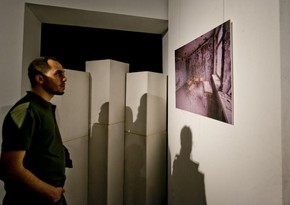 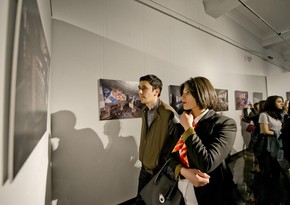 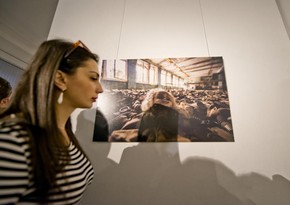 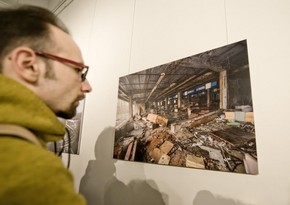 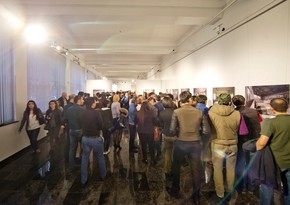 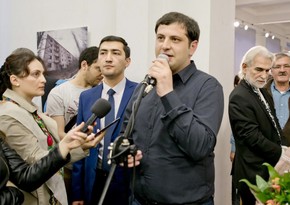 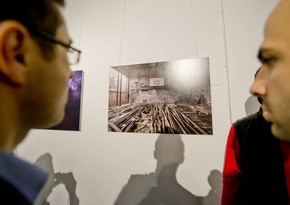 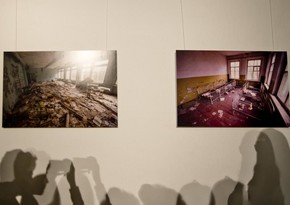