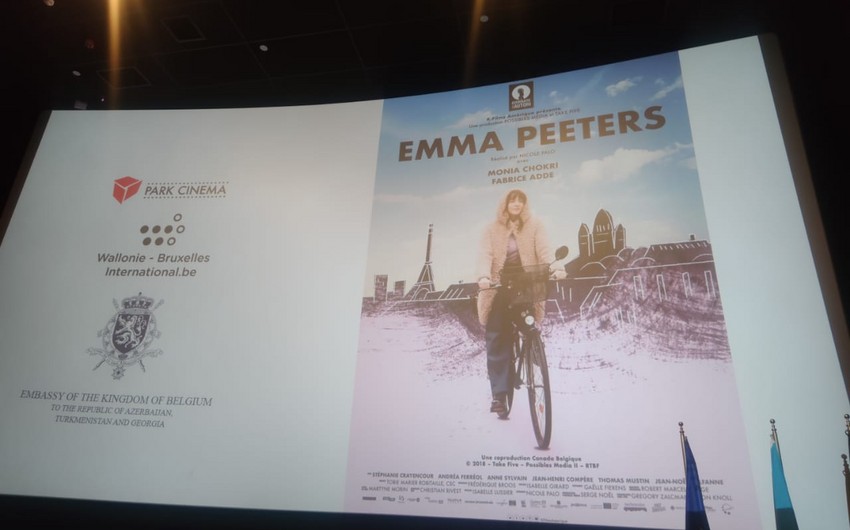 The Belgian Embassy in Azerbaijan held a screening of the film "Emma Peeters" in French, Report informs.

The Belgian Ambassador to Azerbaijan Michel Peetermans attended the event, and thanked Institut Français Azerbaïdjan, as well as Bakou Francophones for their assistance.

The ambassador noted that most of the actors in the film were Belgians, and some were from Quebec (Canada) and France.

The director of the comedy film, which takes place in the French capital - Paris, is Nicole Palo. The main role was played by Monia Chokri, a Canadian actress.

The film tells the story of Emma, ​​who, after living for ten years in Paris, finally faces the truth - she will never become a famous actress. On her thirty-fifth birthday, she decides to commit suicide. But a few days before this date, fate brings her together with Alex, a funeral director.