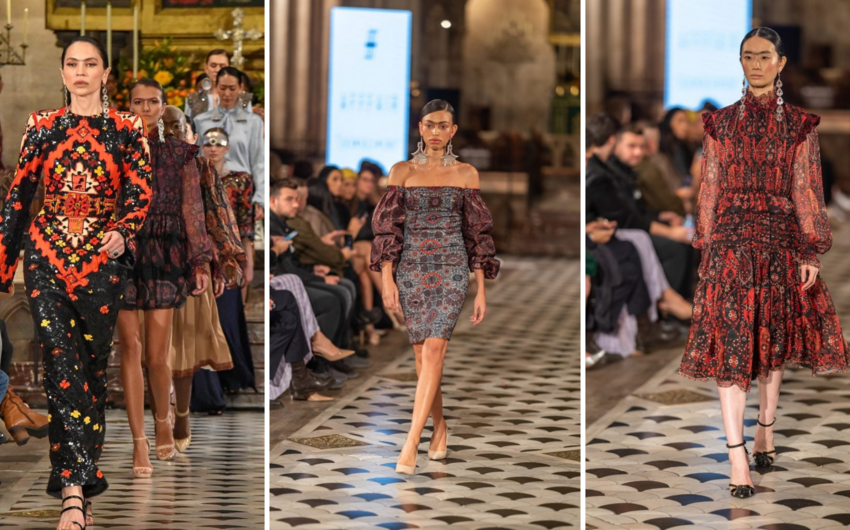 The founder of the AFFFAIR brand, the world famous Azerbaijani designer Rufat Ismail, presented his collection Haute Couture Sumakh within the framework of the Paris Fashion Week.

Report learnt from the State Committee for Work with Diaspora that the designer created the collection inspired by the beauty, unique tenderness of Azerbaijani carpets, samples of the Karabakh carpet weaving school.

The Sumakh collection, presented with the support of the Heydar Aliyev Foundation and the State Committee for Work with Diaspora, includes 21 costumes based on the patterns of Chelebi, Khanlig, Nelbeki-gyul and rich motives of Azerbaijani carpets.

The designer noted that he put all his soul, strength and love into the creation of this grandiose project. The collection, reflecting the eye-catching shades of Azerbaijani carpet art, was met with great enthusiasm.

In the future, it is planned to show the collection Haute Couture Sumakh in Moscow, Baku and New York.

Rufat Ismail is the first and only Azerbaijani and Turkish designer, whose collections were displayed at such grand events as fashion weeks in Milan, Italy, New York, Dubai, Turkey and Iran.

We should note that the fashion designer was awarded the Best Designer of Turkey -2018 award by the Turkish Association of Clothing Designers. His work was featured at New York Fashion Week.