Washington is creating new alliance, this time under guise of "democracy"

Washington is creating new alliance, this time under guise of "democracy" US President Joe Biden is convening a virtual summit of leaders for democracy in December 2021, and a year later, such a meeting will take place in person. 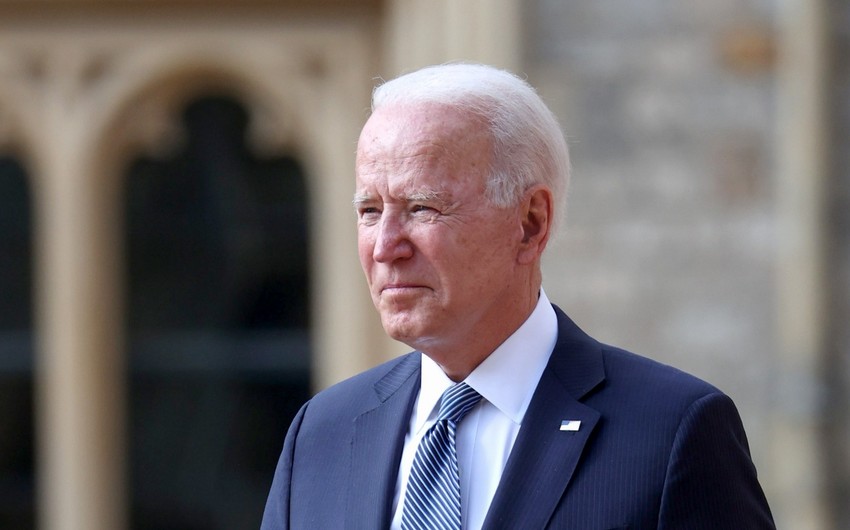 US President Joe Biden is convening a virtual summit of leaders for democracy in December 2021, and a year later, such a meeting will take place in person.

The virtual summit will take place on December 9-10, it "will stimulate commitments and initiatives on three major topics: the protection from authoritarianism, fighting corruption and promoting respect for human rights," Report informs.

This will be followed by consultations throughout the year, followed by a second face-to-face summit. It will be designed to demonstrate progress in meeting commitments.

This raises a number of questions. It is not entirely clear why the United States has assumed the right to gauge the level of democracy and political freedoms in one or another country? After all, earlier the US State Department issued a special order among its divisions, which stated that from now on, Washington recognizes that the United States has also democracy problems.

This decision was made against the backdrop of numerous scandals that have engulfed the country in recent years: ranging from mass protests (riots in Ferguson and the behavior of the police and the government in this situation) and ending with the suspicion that the latest presidential election, in which Biden became the winner, was rigged. This is still expressed by the majority of American citizens, who never cease to remind of the obvious interference in the work of social networks and restrictions of access to them, which was applied to ex-President Trump and his entourage.

Many foreign experts, including American ones, note today that power in Washington is in the hands of a small group of the elite, and the principles and elements of democracy are not clearly spelled out and implemented in America itself. And the White House considered that the conduct of the so-called “democracy summit” is supposed to help protect American politics from critics and skeptics. And, first of all, from Russia and China.

Incidentally, Russian Foreign Minister Sergei Lavrov has already stated that by inviting countries to the "democracy summit", the United States "wants to provide itself with extras as much as possible, to show the massiveness of its movement, which is headed by Washington," and Spokesperson for the Russian Foreign Ministry Maria Zakharova called “the democracy summit” a "chimera" to show the common agenda of the West.

The problem is also that many of the countries that the US invited to the summit do not quite meet the criteria of democracy. Experts note that the dispute about which countries are "democratic" enough to invite them to the organization, and which are not, has been conducted in the United States actually from the moment when Biden first expressed this idea.

Consequently, democracy has not become a mandatory parameter for joining the new alliance being created by Washington. If you look at the list of countries invited and not invited to the summit, then the segmentation principle is not entirely clear. Washington said that the invitees to the summit are those states that "fully comply with democratic high standards" and those "that only strive for this". But, again, how is this measured and what are the parameters?

For example, it is common knowledge that one of the criteria required for joining NATO is a commitment to human rights and the rule of law. Why were Turkey and Hungary not invited to the summit? Are these NATO member countries not meeting democratic standards?

The conclusion is obvious, namely, those countries are not invited to the summit, whose leaders pursue an independent foreign policy that does not agree with the US position, aimed at protecting their national interests, and which have their own opinions and are not afraid to express them.

One should not forget that for many countries it is obvious that in an attempt to impose their own vision of the world order, there takes place manipulation. A good example of this is the practice of color revolutions. First, society is politically disoriented, and then there is a violent seizure of power and redistribution of property in the interests of a small organized group. In other words, under the guise of democracy, they take power and destroy democratic traditions.

In a nutshell, the main goals of the summit have become clear. This is, firstly, to gather everyone whom the United States considers "allies" in order to create a pro-American political bloc in world politics, and, secondly, to create a platform for coordinating the actions of the same "allies" for tougher political pressure and achieving their interests in the world. That is a platform where, for instance, Russia and China will not have the right to veto any kind of American initiative.

The conduct of a "democracy summit" can be explained by the desire of the White House to dominate the global arena, to strengthen its positions, which were shaken after the failure and defeat in Afghanistan. The United States has repeatedly demonstrated its inclination towards world hegemony in the past, and it is not ruled out that this summit is yet another manifestation of it.