US elections: Second failure lead to surprising man grabbed superpower - COMMENT Many started to think that Republican Party was giving up presidency 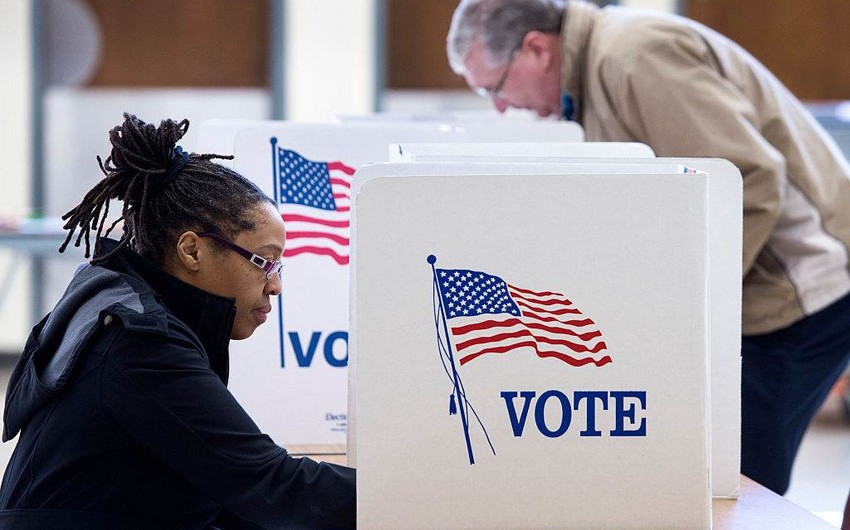 Baku. 11 November. REPORT.AZ/ The United States enjoys an ability to present its works. For example, while fighting scenes of movies made by other countries seem unrealistic, the similar scenes made by Americans seem convincing. Everybody remembers John Rambo from famous tetralogy.

This country also mastered propaganda against state sponsors of terrorism. Presidential elections can be considered a masterpiece of US propaganda. Both lovers and haters of United States like to watch this campaign. 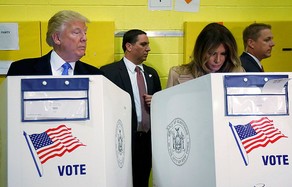 Another reason this political campaign is so popular is that its results affect economies of many countries.

Because US influence in world financial and economic markets is still strong. In other words, nearly all national currencies of the world are adjusted to US dollar; oil prices are determined mostly by demand in US market. In a word, United States is top of the pyramid of global economy. It means world is unipolar.

Many countries honestly ask US to be fair and to support right side in settlement of conflicts.

Without any doubt, Azerbaijan, with 20 percent of its territory occupied, wants and expects fair position from United States.

Because this country is member and one of three co-chairs of OSCE Minsk Group founded for settlement of Nagorno Karabakh conflict. From this point of view, US presidential elections and its result are interesting and important for Azerbaijan. 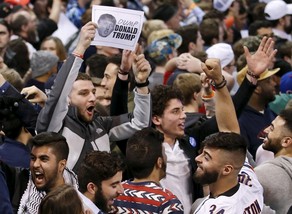 Many were expecting historical novelty in US politics. They were thinking that, if the first Afro-American US citizen Barack Obama had become president, then it was time to elect first female president. To be honest, most of those expectations were coming from goodwill. Election of female president in leading country of the world, besides being an interesting event in itself, could also stimulate attraction of women to government in other countries being a positive example.

Former Secretary of State and former first lady seemed smarter and more realistic; D. Trump left an impression of joker. Many started to think that Republican Party was giving up presidency. Statements of some party members gave ground for this assumption. But as satirical poet Samad Mansur says: “These are all colors”. It means ‘show’. 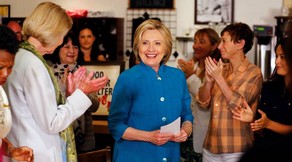 A billionaire Trump, which seemed unserious and a political lightweight at first, will act as US president at least next 4 years. He will inaugurate on January 20, 2017 as 45th US president.

What will change? There is a little possibility for fundamental changes in US foreign policy. Trump should rise US authority in middle-east spoiled by emergence of ISIS terrorist group. 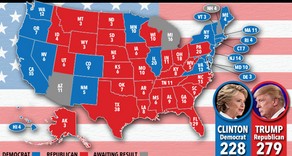 Although Obama managed to neutralize Al-Qaida leader Osama Bin Laden, this created conditions for the richer terrorist group, ISIS to appear on the stage.

If Al-Qaida is believed to be created by republicans, then ISIS is “product” of democrats’ policies. By the way, during election campaign Trump told that president Obama doesn’t want to eradicate ISIS: “He is the founder of ISIS. He founded ISIS. And, I would say the co-founder would be crooked Hillary Clinton.”

Of course, the republican president later told that he was ironic while saying all these; but it is not secret that statement left different impression.

Barack Obama managed to restore image of United States spoiled by republican presidents. He was even awarded Nobel Peace Prize in 2009.

He could change US policy and attitude towards Iran. This wasn’t against interests of republicans in some sense. Because this party is traditional ally of 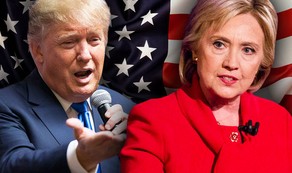 Although Donald Trump told his first agenda will be cancelation of nuclear deal with Iran, without any doubt, this is no more than attempt to put pressure on Tehran to reverse its position in Syria.

Notably, the billionaire called the nuclear pact with Iran signed in July 2014 ‘a disaster’ and the worst thing that could happen to Israel. He told that this deal is catastrophic - for America, for Israel, and for the whole Middle East. He told in his statement: “We will totally dismantle Iran’s global terror network, which is big and powerful, but not powerful like us”.

We wouldn’t discuss other promises of newly elected republican president. Because he will announce his new political program after inauguration. Of course, the program will incorporate some of campaign promises. But Trump will be key performer of US foreign policy.

Even party fellow president Obama couldn’t save Hillary Clinton from defeat. In his supporting speech to Hillary Clinton he told that during his presidency United Sstates became more powerful and respected country in the world. He underlined health insurance provided to more than 20 million citizens as a result of reforms: “We brought more of our brave troops home to their families. We delivered justice to Osama bin Laden”. 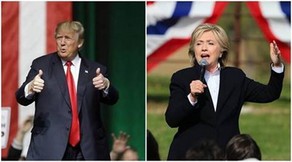 "We now have the chance to elect a 45th president who will build on our progress, who will finish the job… I am betting that, you will reject fear and choose hope”, Obama noted talking about Hilary Clinton.

According to observers, alleged secret emails found in private server of former secretary of state played a crucial role in her defeat. Three days before election Federal Bureau of Investigation (FBI) announced that there was no criminal wrongdoing in Hillary Clinton’s emails. Notably, in August 2015, the FBI initiated investigation regarding official emails sent from Clinton family’s private server during her service as secretary of state in 2009-2013.

She didn’t get enough support from young people and women.

Thus, Unites State elected a person unknown in political circles as president. It is not expected that he will cross red lines of his country’s foreign and internal policies or change them. It is hard to anticipate such individual initiatives from Trump. 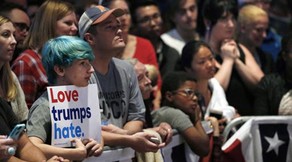 D. Trump’s campaign slogan was “Make America Great Again!”. Ronald Reagan used similar slogan in his 1980 campaign. R. Reagan was known as actor-president and will remain in the history as Soviet Union’s gravedigger. Clinton’s foreign policies were more predictable. At least it was clear that she would proceed with Obama’s political course. In this sense, we can expect some surprises from Trump. That’s why we must keep in mind that one of security buttons of the world will be under his finger…