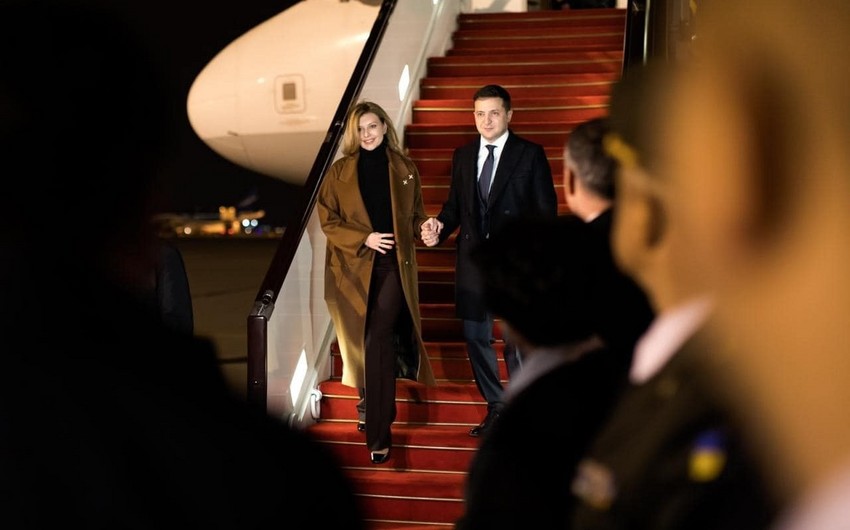 Kyiv is interested in expanding cooperation with Baku in the sphere of energy to ensure the energy security of Ukraine, Director of the Ukrainian analytical centre, doctor of law Alexander Okhrimenko said.

Commenting on the results of Ukrainian President Volodymyr Zelensky's visit to Baku, he noted that energy is the main component in bilateral ties between Ukraine and Azerbaijan.

"Azerbaijan has oil, and Ukraine has oil refineries. Both Ukraine and Azerbaijan would benefit if Azerbaijani oil is supplied to Ukraine and refined into oil products, with part of these oil products to be sold in Ukraine," Okhrimenko said.

The expert believes that the expansion of energy cooperation between Ukraine and Azerbaijan would allow Ukraine to protect its interests in the energy market.

"Ukraine also has an association agreement with the EU, and it would supply gasoline produced from Azerbaijani oil to Europe duty-free," Okhrimenko said.

He also noted that Ukraine could also supply Azerbaijani oil via the already completed Odessa-Brody pipeline, which would be for the benefit of both countries.

The Ukrainian expert said there is also an interesting project of An aircraft supplies from Ukraine in Azerbaijan, especially that 'Azerbaijani pilots know these airplanes well and they are easier to operate than foreign models'.

As for the political component of cooperation, he noted that both sides support and recognize each other's territorial integrity, which makes Azerbaijan and Ukraine even closer.