Syrian Autonomy: Message to Turkey and Iran - COMMENT Which country will be the next: Iran or Turkey?!
152 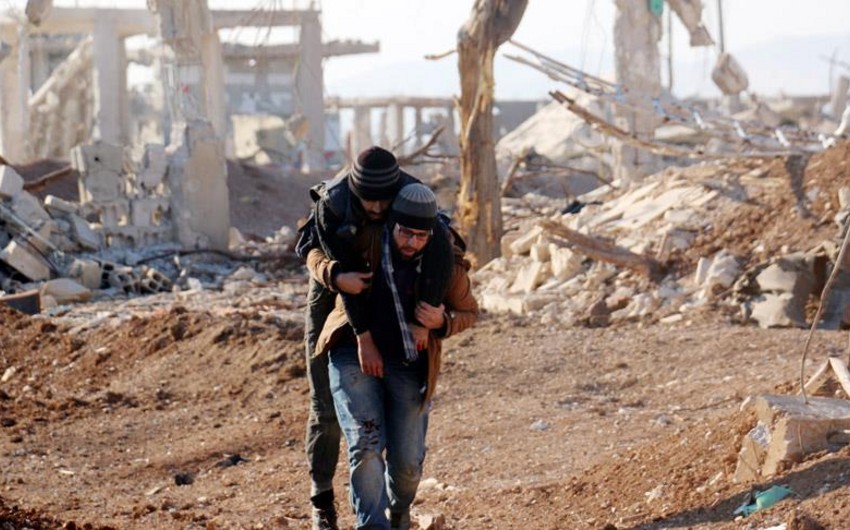 Which country will be the next: Iran or Turkey ?!

Baku. 18 March. REPORT.AZ/ Such being the case, quitting of terrorist IS grouping in Syria in the near term is not convincing. Indeed, as for actions, mainly, for relations towards Turkmens, it reveals that there is no difference between IS and 'PYD', which is PKK's Syrian branch.

Let's give an additional explanation. Yesterday, US State Secretary John Kerry made a statement that the IS commits genocide of Christians in Syria and Iraq. Unfortunately, the American diplomat has not spoken about Turkmens, Arabs, which are displaced due to the IS, Syrian regime as well as 'PYD' oppression. No doubt, any armed group, the states supporting this groups, any terrorist group, including the IS, which oppress civilians in this country, are the authors of the genocide in Iraq and Syria.

First protest to this action, of course, was by the US. Washington stated that it does not recognize the so-called autonomy of Kurds. State Department spokesman John Kirby said at the daily press conference: 'We want Syria, which is not led by Bashar al-Assad and entire Syria, with the government serving to its population. Our target is an entire Syria, which does not base on different faiths. We do not support autonomous, semi-autonomous regions'.

In its turn, Official Damascus condemned the stand of Kurds and noted that federalization is an attempt against the country's territorial integrity.

Turkish MFA called the decision of Kurds illegal. Turkey stated that this autonomy has been declared by 'PYD', Syrian branch of PKK. It should be considered that the autonomy, created by the group against the Turkish state, covers Jazeera, Ain-el-Arab (Kobani in Kurdish) and Afrin regions, which are located on Syria-Turkey border.

Iran has repeatedly announced that it supports stand of Syrian territorial integrity. But its ally Russia supports the autonomy in Syria. Even Moscow representative of 'PYD' has been opened.

However, Head of the Kurdish autonomy in northern Iraq Massoud Barzani appreciated the issue regarding autonomy of Syrian Kurds, he said their future remains vague: 'Because neither Syrian government nor the opposition will not recognize this right of Kurds.'

The Head of the United Turkmen Communities in Syria Seydi Aytekin also emphasized that they will not recognize the autonomy declared by 'PYD', the branch of terrorist PKK. Arab and Turkmen tribes have jointly made the similar statement in writing.

Despite Israeli officials stated that support 'formation of a Kurdish state' on Turkey-Iraq border, they did not clearly expressed such an opinion regarding Syria. But Israel noted importance of creation of 'Kurdish state'  in the region for peace and does not hide its support to terrorist and political groups, representing this ethnic group.

Anyone who is slightly aware of what is happening in the region is well aware of main purposes of Kurdish terrorists and politicians as well as their supporters in Syria, Iraq, Iran and Turkey.

Their aim is to create a Kurdish state in the lands of these countries. The US, Russia and European countries defense this idea open or in secret. Because in two of them, in Syria and Iraq, central government is almost does not exist. In this regard, there is no government, of which those, who support Kurds, will fear. Therefore, whether being right or wrong, they support realization of the dealt idea. It is enough to note arms aid of Russia and the US to 'PYD'.

We would like to mention one more issue. Kurdish region in northern Iraq has been established on March 11, 1970 under agreement between Saddam Hussein and the leader of the country's Kurds Mustafa Barzani. In accordance with that agreement, the Kurdish language has been declared the second official language of Iraq.

During the Iran-Iraq war in 1980-88, this region went out of control of the central government. In those years, on the one hand, they led war against Iraqi government. In order to protect the country's integrity Saddam Hussein attempted to floor these forces. Even during the first Gulf war, the Kurds had not been issuing foreign passports. They could leave the country using Turkish passport.

Just after the 1990s, activity of forces in northern Iraq increased and they began to support terrorism in Turkey as well as assistance to PKK, etc.

Then it turns out that main purpose of both the Gulf War and counter-terrorism operations against the IS was disintegration of Iraq and Syria, creation of a state, related with two faiths and one ethnic group.

Those who declare autonomy in Syria, are planning to carry out their intentions to achieve autonomy in the current situation by taking control of several regions and to create 'single Kurdistan' in Iraqi and Syrian territories. Interestingly, who provides such amount of funds, weapons, information? Here is an answer - those who lost in the Battle of Canakkale 100 years ago. At that period, these forces used Greeks, Armenians and Assyrians as an instrument. Now this instrument has changed its name.

Thus, Iraq is on the threshold of losing its territorial integrity. The process is accelerating in Syria. Which country in the next: Iran or Turkey ?! Get ready, you can be the instrument...