Syria, which has become Afghanistan, is a new drug trafficking route

Syria, which has become Afghanistan, is a new drug trafficking route Illegal production and trafficking of drugs is a transnational crime. This is also stated in the UN Declaration on Crime and Public Security. In this regard, the organization adopted a single convention in 1961, a protocol in 1972, a convention on psychot
168 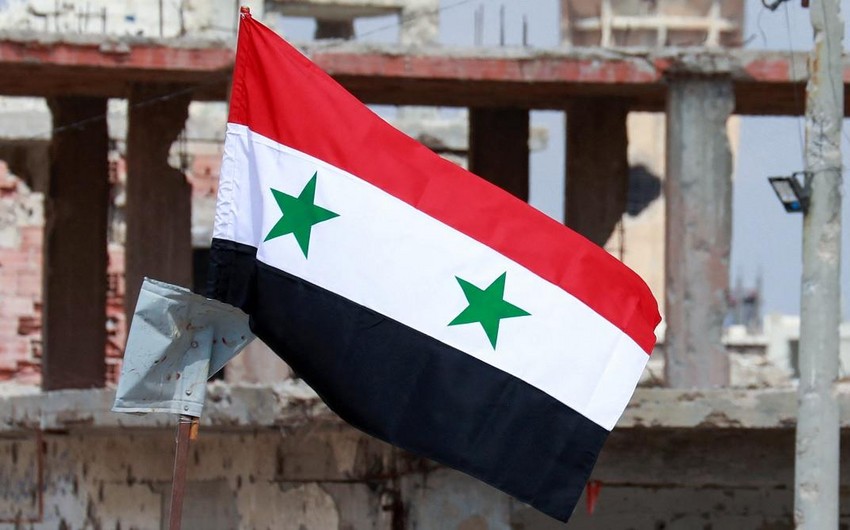 ISIS was considered the richest terrorist group. Its budget was formed from the proceeds of drug and oil trafficking. Therefore, there were reports that ISIS was producing drugs in Syria. In addition to enriching themselves with proceeds from the sale of drugs or psychotropic substances, criminal gangs forced their members to take drugs. Thus, they created the image of "brave" and "fearless" "warrior". Just like Hassan al-Sabbāh’s Hashshashin movement. 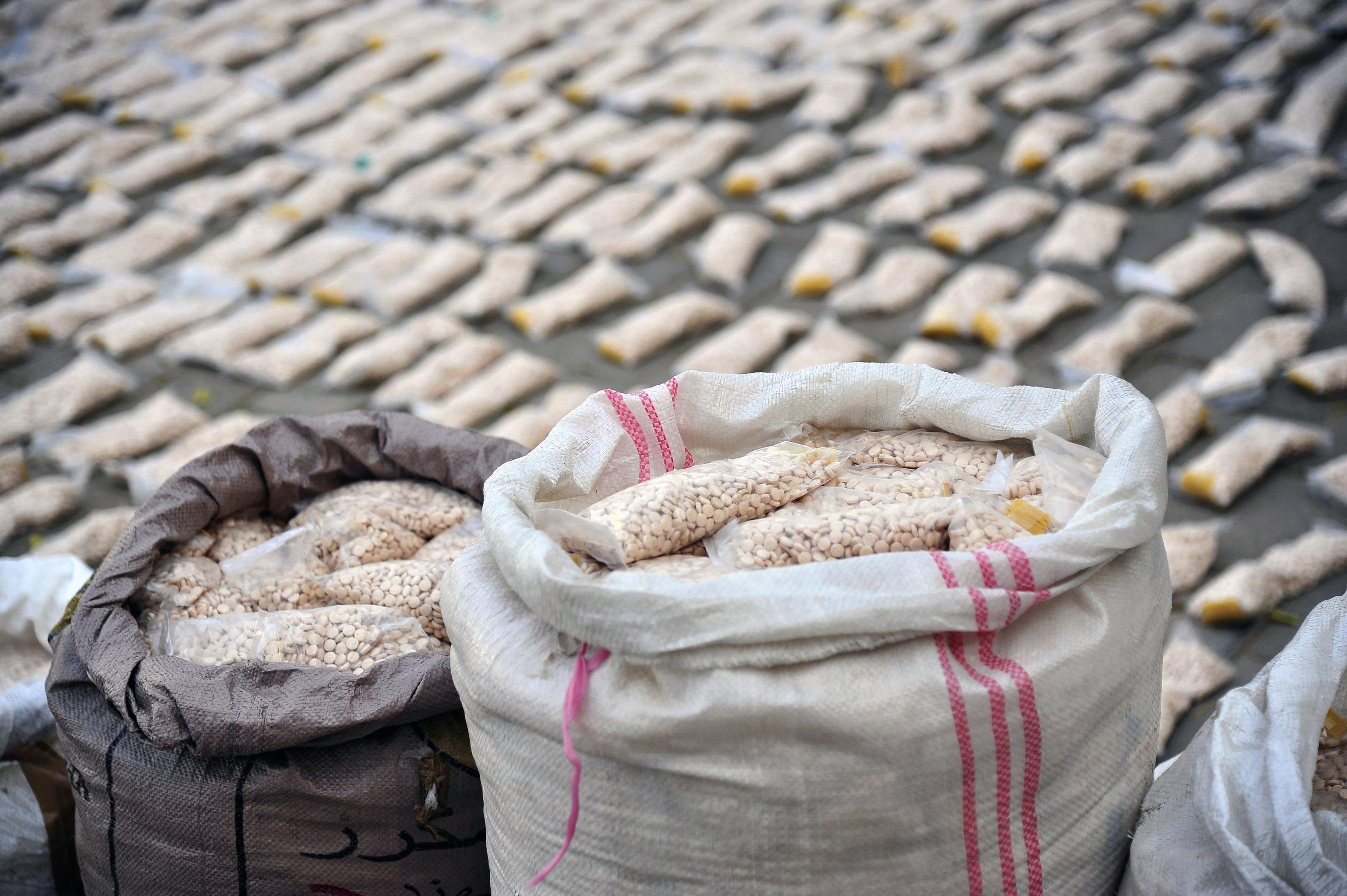 Suicide bombers and executioners are formed by these artificial means. One such substance is amphetamine (also called captagon). This is called the "elixir of horror". By taking drugs, members of a terrorist group consider themselves strong and get mangled. The first scientific experiments on this drug were conducted in Italy. When carabiniers (police) were sent to Libya in 2013 to merge a regular militant group into a regular army, their analysis showed that over 30 percent of potential cadets were drug addicts.

Much has been written about the fact that the budget of the Taliban, which have seized power in Afghanistan in 2021, is formed from drug trafficking. Afghanistan earns $1.5-3 billion annually from opium sales. Although the Taliban have officially banned the use of drugs, poppy fields are under their control. According to reports, almost all of the heroin on the world market in the last ten years is of Afghan origin. Drugs made in this country are exported from Central Asian countries to Russia, from Iran to Turkey, and from there to European and Western countries.

Recently, there are proofs that the head of the Damascus regime, Bashar al-Assad, is also involved in the production and trafficking of drugs, and investigative reports were published to this end. Syria is one of the main producers of captagon, once addicted by ISIS members. According to reports, Syria is a global center of captagon. This psychotropic substance was industrialized in the country. The name of this country, which once exported various industrial goods and oil to the world market, is now more involved in drug trafficking and production. Previously, there were reports that Syria’s former President Hafez al-Assad and later Bashar al-Assad's government have reportedly acquired chemical weapons. It was even confirmed that Bashar al-Assad used this weapon. It turns out that the regime of Bashar al-Assad is still using the country's former scientific potential to produce chemical drugs. Captagon is transported to the world market via the port of Latakia, which is controlled by Bashar al-Assad's cousin Samir al-Assad. Illicit drug trafficking and production are carried out under the leadership of Mahir al-Assad, the younger brother of the head of the Damascus regime, the commander of the 4th Armored Tank Regiment of the Syrian army. According to reports, in 2020, Syria exported $3.46 billion worth of captagon to the market. According to what happened and under reports, one can come to the conclusion that Bashar al-Assad is building an "empire of drugs on the ruins of Syria". Bashar al-Assad, whose millions of citizens are displaced, and who lost half of his territory, and maintained power with the help of Iran and Russia, is making billions of dollars from drug trafficking to protect his regime. A few years ago, the Naples Customs Police in southern Italy said they had seized 14 tons of narcotic containing pills manufactured by ISIS in Syria. This is the highest single amphetamine pill ever seized in the world. The Naples Prosecutor's Office said that the 84 million amphetamine pills seized in the operation in the port of Salerno were made by ISIS militants in Syria to fund the organization. The illegal sale of this amount of amphetamine pills would have brought the organization over one billion euros. Now, officials in Italy, Greece, Indonesia, Malaysia, Kuwait, the United Arab Emirates, Saudi Arabia, Turkey, and other countries have made statements about the seizures of drugs smuggled from Syria. In 2020, 250 million captagon pills were confiscated worldwide, which is 18 times more than four years ago.

How has Bashar al-Assad maintained his regime for 10 years? He does not control all oil fields. Customs checkpoints and other sources of income were also lost. At that time, the information, opinions, and arguments about the Damascus regime's illegal production and trafficking of drugs are confirmed. This means that Bashar al-Assad maintains his power at the expense of the proceeds of drug trafficking manufactured by his forces, allegedly holds elections, supplies his army with weapons, paying the expenses of the population in the area under his control, and paying the financial expenses of the invited countries. Because this regime has almost no other source of funding to sustain itself. In this regard, Bashar al-Assad sees his salvation in the international sale of drugs. He poisons millions of young people to save himself. Therefore, the UN can act in accordance with the above-mentioned declaration. 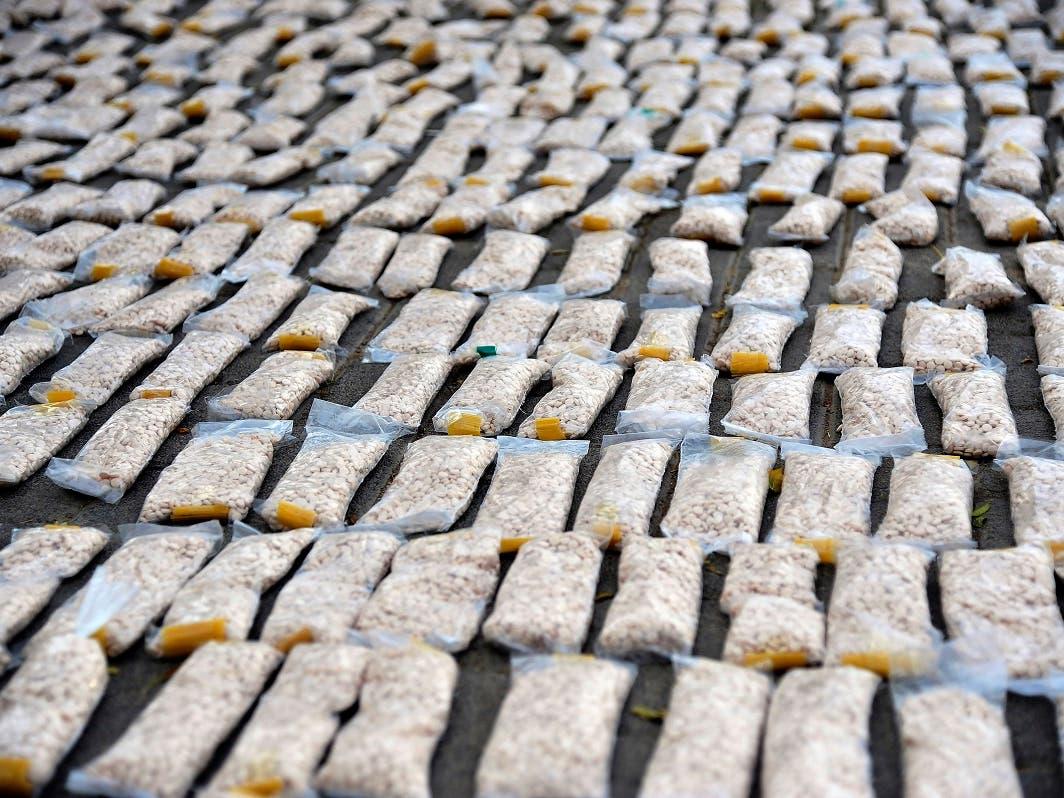 Recently, the Azerbaijani public often hears the name "pati" (methamphetamine). A large number of people involved in the illegal sale of this psychotropic substance have been arrested in the country. It is a synthetic drug that stimulates the central nervous system. This is a completely synthetic substance prepared in a laboratory.

The reason why it is more popular as "pati" and "glass" is that the chemical composition and appearance of the substance are reminiscent of glass shards. How is this substance smuggled into Azerbaijan? The main road is from the south. Reports are spread almost every day about the smuggling of this substance from Iran to poison the country's youth.

Thus, Russia and Iran are the strongest supporters of the regime in Syria. It should be noted that Tehran has good relations with the former and current Taliban governments in Afghanistan. There are almost no reports of drug smuggling from Russia to Azerbaijan. Given this, the answer to our question becomes clear. Planes flying from Syria are not controlled. In other words, the Assad regime is cooperating with Russia, China, and Iran. The "product" manufactured by the regime can be transported from Russia to Europe and from China to Asian countries. From this point of view, drugs, including chemical "goods" such as "pati" are illegally transported to Azerbaijan from two sources and more than one country: Afghanistan-Iran, Syria-Iran. Due to the sanctions, the Iranian economy is in a difficult situation. Therefore, a wide space has been opened for the activities of drug traffickers in this country. The situation has turned Syria into Afghanistan, and Iran is a transit point for drug trafficking.