Reviving Fortress City Shusha welcomes this May freely - COMMENT Six months have passed since the liberation of Shusha. This fortress city, which is the pearl not only of Azerbaijan but of the Caucasus as a whole, had undergone enemy occupation for 28 years and six months. We should recall those killed due to the occup 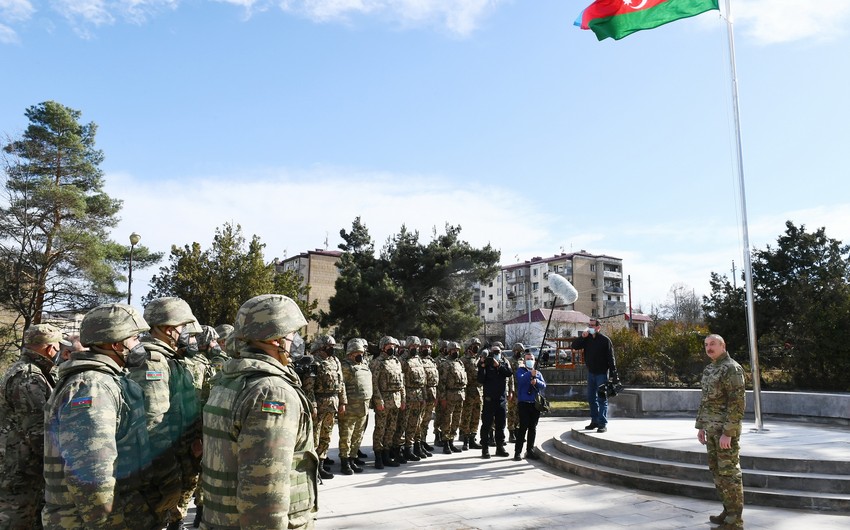 Six months have passed since the liberation of Shusha. This fortress city, which is the pearl not only of Azerbaijan but also of the Caucasus as a whole, had undergone enemy occupation for 28 years and six months. We need to remember those who were killed as a result of the occupation, the damage done to the state, and the history of Azerbaijan.

On May 8, 1992, Armenia occupied Shusha with the help of its patrons under the operation "Wedding in the Mountains." During the battles, the Armenian armed forces deliberately targeted civilians and objects. At that time, the invasion of Shusha, which was considered the most critical military point of Azerbaijan in Nagorno-Karabakh, played a decisive role in the course of the war. The process of annexation of Nagorno-Karabakh to Armenia through the Lachin corridor, including the occupation of Khankendi, has been completed. 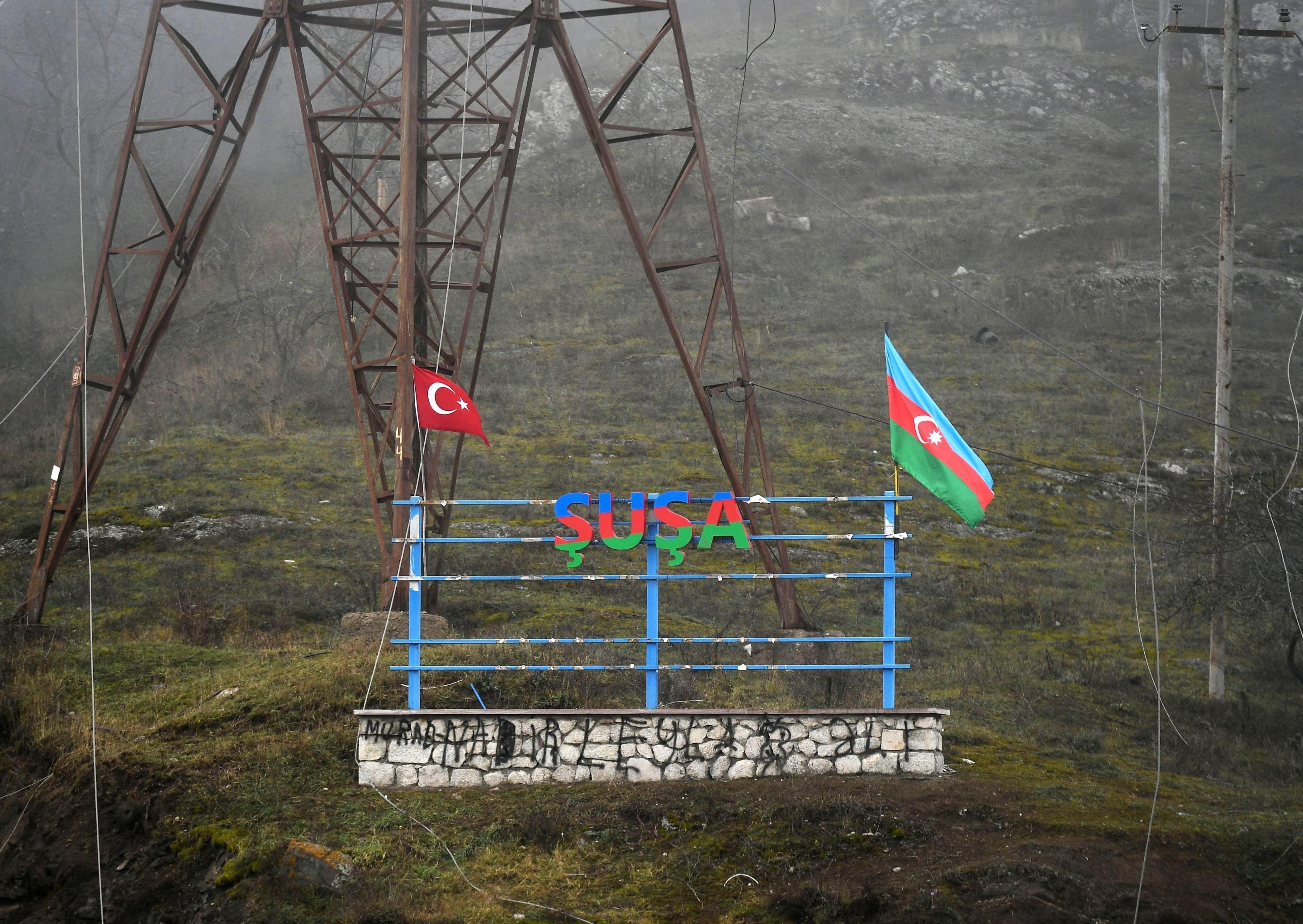 On May 6, Armenians and their supporters, who are now making a fuss around the world - the whole Armenian command, foreign guests, and journalists - gathered in Shushakend, located 1207.3 m above sea level, to observe the occupation of Shusha. Among them were the "commander" of the "Karabakh front" Arkady Ter-Tadevosyan, then Armenian Defense Minister Vazgen Sargsyan, General Gurgen Dalibaltayan, Chief of Staff of Armenia Felix Kozoryan, Robert Kocharyan, Serzh Sargsyan, Leonid Martirosyan, Oleg Yesayan, Zori Balayan, Andree Sakharov's step-sons Alexei Semenov, Elena Bonner, Baroness Cox, as well as the leaders of the Christian Solidarity Worldwide and Dashnaktsutyun terrorist organizations. On that day, 500 Azerbaijani soldiers resisted 1,800 Armenian militants. As a result of the battles that lasted more than 10 hours, 1,860 Azerbaijani civilians were injured, 480 civilians, including 193 local residents, were killed, 22,000 people were displaced, and 68 Azerbaijanis were taken captive. There has been no information about their fate so far. The territory of Shusha is 289 square kilometers. At that time, the Shusha region had a population of 25,000. 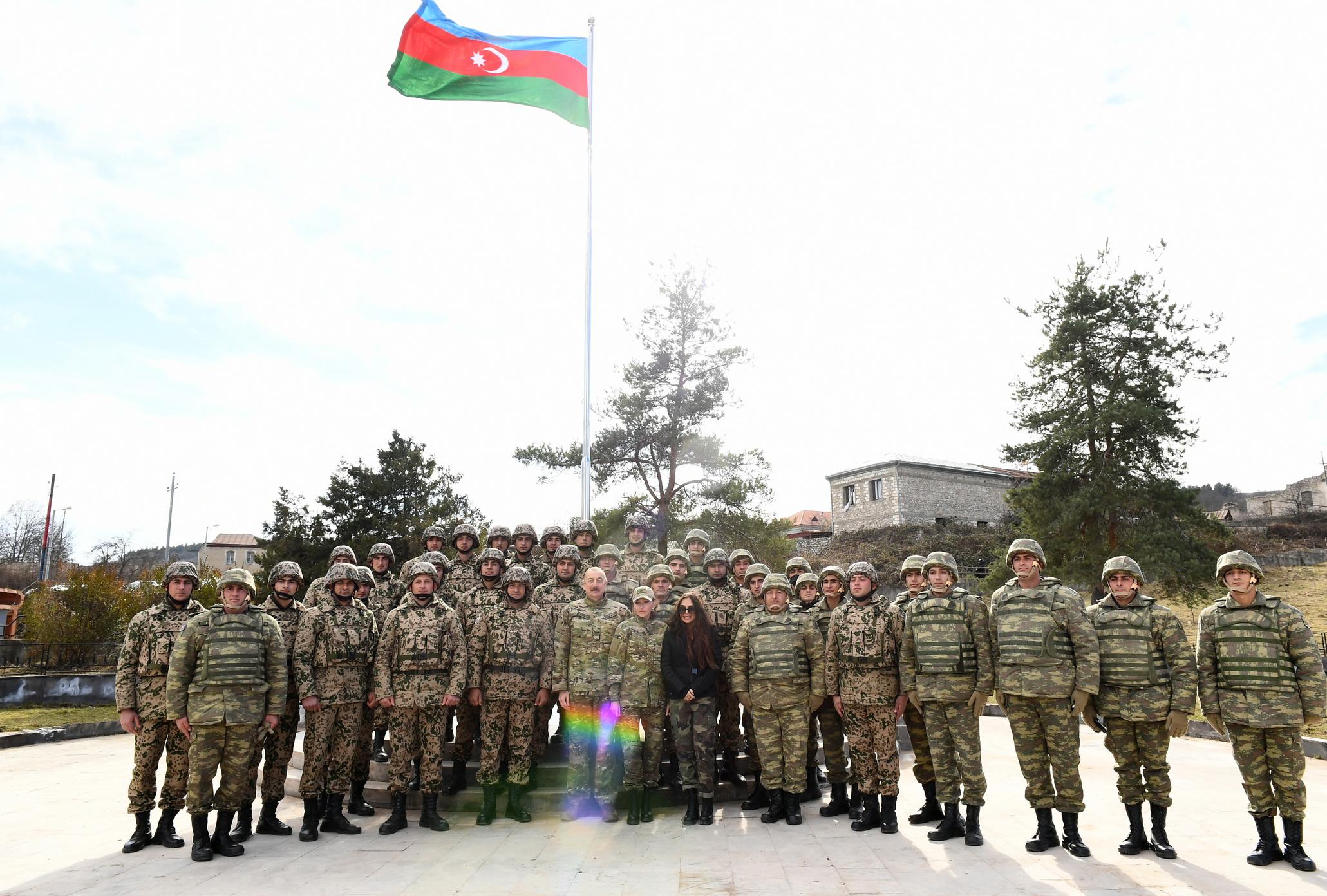 According to official information, several historical and cultural monuments in Shusha were looted by the enemy during the occupation. Unique expositions of cultural centers and art galleries of the Shusha Museum of history, which had about 5,000 exhibits, a branch of the State Carpet Museum and the Museum of Applied Arts, the Karabakh State Museum of History, as well as the Agoghlan Temple in Lachin, the Azykh Cave of the "Palaeolithic period, the Askeran Fortress in Khojaly, the Kalbajar Museum of History, and others were destroyed and looted. The enemy humiliated the sacred temples and mosques, burned libraries, and destroyed unique manuscripts. The list includes 279 religious, historical, and cultural monuments, including Khan Cave, Gakhal Cave, and Shusha Fortress. Armenians managed to destroy or Armenianize many monuments belonging to Azerbaijan. They ruined seven preschools, 22 secondary schools, cultural and educational, agricultural colleges, eight culture houses, 14 clubs, 20 libraries, two cinemas, three museums, and an oriental musical instrument factory in Shusha. 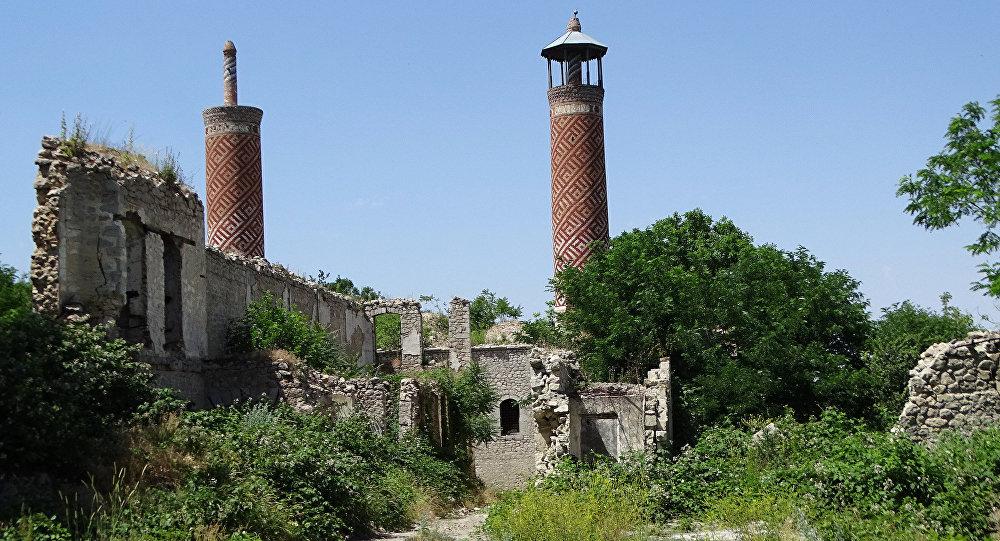 In those years, those who stroked the Armenia and Armenians helped them to make promises to Azerbaijan, to keep Shusha and other regions under occupation with empty statements, to Armenianize these lands for the next 29 years. These forces are still falsely zealous for the protection of "Christian monuments." They are looking for an excuse to put pressure on Azerbaijan. In the Second Karabakh War, the evil "international community" also showed their true color. Together with the Armenian army, these forces were expelled from Shusha and other occupied territories of Azerbaijan. Those who burst out with the return of Armenian terrorist saboteurs detained in Azerbaijan and appealing to various organizations do not demand that Armenia provide Azerbaijan with a map of landmines planted in the occupied territories.

We tried to show the importance of the victory achieved in Shusha, briefly recalling atrocities committed by Armenians 28 years and six months ago. The enemy will not hold a parade in these lands again. All occupations remain in the history that lies behind us. The invasion of Shusha was trapped in a time warp. The next generation will read this occupation from the past, know who are friends and enemies. On November 7, 2020, the Special Forces of Azerbaijan climbed the rocks around the city and entered Shusha with light weapons, destroyed the enemy forces. President Ilham Aliyev addressed the nation from the Alley of Martyrs on November 8, announcing that Shusha was liberated from occupation. In that historic speech, the head of state said: "Dear Shusha, you are free! Dear Shusha, we are back! Dear Shusha, we will revive you!" 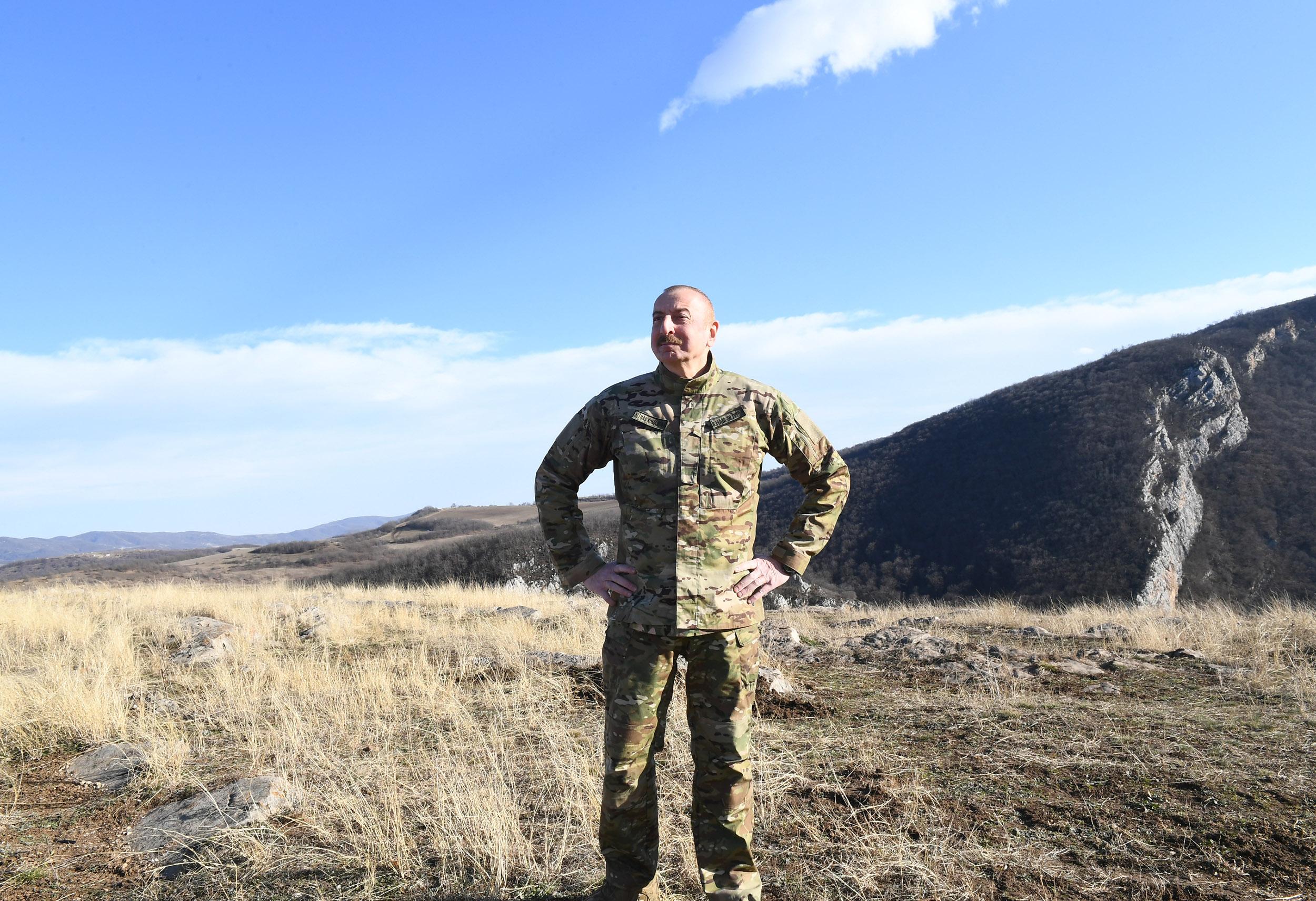 Today, the landowners are healing the wounds of Shusha. The Azerbaijani youth, who liberated the city from Armenian oppression, is also leading the revival process. Along with Shusha, Azerbaijan's bowed waist is also reviving. After that, only happy days begin in the history of Shusha. Armenia was engaged only in planting mines, destroying houses and monuments in the occupied territories. Azerbaijan showed the world the real owners of Shuha by liberating its land and reviving the city.

Today the Fortress City is preparing for new days to meet its relatives and owner. Mugham will be sounded in his squares, houses, weddings, and Azan in the mosque. The sound of Mugham and Azan from Shusha will never lack in Fortress City. Shusha is celebrating this day because six months have passed since it was cleansed of the occupier. Long live, Free Shusha with Azerbaijan! Let your friends rejoice to see you free, and your enemies cry! This May will be different in Shusha, not as 28 years ago, and it will not happen again ...