Qarabag’s loss even can be applauded - COMMENT World's media outlets published articles about team with no stadium, and city of which was occupied
259 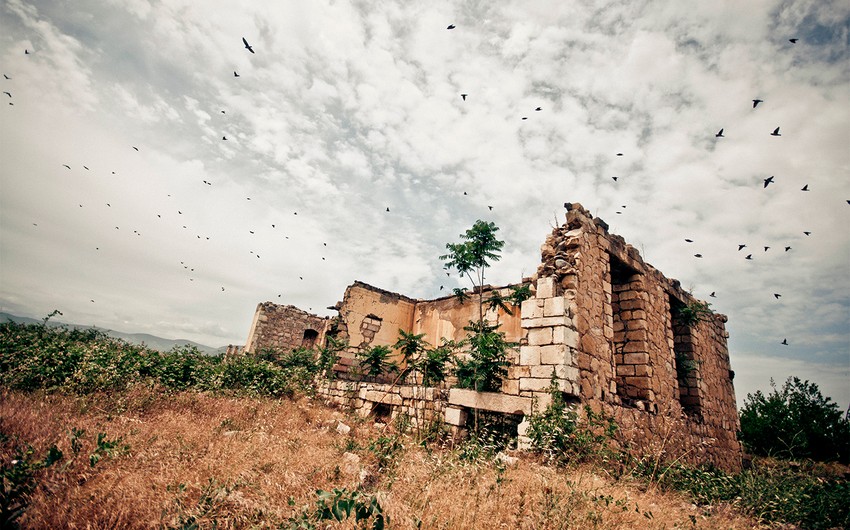 Baku. 13 September. REPORT.AZ/ Qarabag team of Azerbaijan's Agdam region, occupied by Armenia, debuted in the Champions League group stage. Azerbaijani representative in C group was the guest of the Chelsea in the first round in London. Qarabag’s first match in such a prestigious tournament ended in failure. Azerbaijani champion was defeated by a score of 6: 0.

Failure is not a matter of pride. Even the draw is not considered a profitable score. However, sports, especially football considered to be a massive game and aside from being a challenge in modern world it is deemed to be a suitable field for bringing number of points to the attention of the world community. We neither propagate nor welcome the defeat. We have no intention of writing about sports in Azerbaijan, in particular football. We would like to talk about the effectiveness of this match.

The European press, especially countries in C group - Spain, Italy, and the British media, along with the Qarabag team, also talked about the history of the Nagorno-Karabakh conflict.

The British Daily Mail newspaper wrote that the biggest symbol is Qarabag's coach of the time Allahverdi Bagirov, who enlisted in the Azerbaijani army when the war broke out in 1988. He saved the lives of hundreds of his countrymen by helping them flee the Khojaly Massacre in February 1992. Bagirov was killed by a landmine a few months later and was posthumously awarded the title of national hero. He certainly remains a hero to the club's fans.

The Independent newspaper called Agdam as a ghost town, known as the 'Hiroshima of the Caucasus.' The article also includes memoirs of Mushfig Huseynov, the former center-forward of Qarabagh team. He spoke about the occupation of Aghdam, the abandonment of the civilian population, the way he was taken after the occupation, and the club's games. “The -Azerbaijan war claimed 35,000 lives from 1988-1994. Prior to the war, Qarabag was the only club in which local and agdam footballers played. Agdam stadium and Qarabag club were a temple for local people.

Qarabag’s Imarat Stadium was hit by Armenian projectiles in those first two years of the war, twice, although on both occasions the place was empty.

The club’s training base was hit too, one night in 1992. Had the missile come a few hours earlier, the casualties would likely have numbered more than a dozen.

During the 1992 season, the first of the newly independent Azerbaijan Premier League after the dissolution of the USSR, the Armenians began to shell the area around the stadium during Qarabag’s home game against FK Insaatci from the city of Sabirabad, more than 150km east of Aghdam.

Aghdam fell to the occupation on 23rd July 1993. Ten days later, Qarabag beat FK Khazar from the city of Sumgayit 1-0 to claim their first ever championship title, but rather than ushering in an period of sustained success the exiled club went into a steady decline”, - newspaper wrote the memory of former club players.

Euronews also calling Aghdam as Hiroshima said that Nagorno-Karabakh de-jure is the territory of Azerbaijan. It also tried to be objective as others. Euronews, wrote that as ethnic group Armenians are the majority in Nagorno-Karabakh. This site also covered the position of the Armenians in the article. One of the Armenian separatists called Siroc, said: "Football fans in Armenia are irritated by Qarabag team. Armenia can not create a team called Artsax. This is against UEFA rules”.

By the way, the Armenian said that Armenian claim has no legal, historical and moral basis.

Euronews also drew attention to the fact that, Aghdam stadium was destroyed. If the main concern of Chelsea millionaire players is the number of goals are scored against Qarabag, for group’s weak link it makes no odds”, - Euronews wrote.

Media outlets in Turkey, Italy, Spain, France and Russia also published articles about the Nagorno-Karabakh conflict, about team with no stadium, city of which was destroyed. The team lost the game with high score. However, as it is seen from the information, Qarabag club could overcome a very important task - spreading the truth of Azerbaijan. Undoubtedly, if the score was in favor of the club representing the "'Hiroshima of the Caucasus ", it would please lovers of Karabakh and fans of Qarabag even more.

It's worth paying attention to fans shouting “Qarabag!” in London - capital of one of the world's leading states.

Perhaps, they would not be permitted to hold a protest action demanding the liberation of Nagorno-Karabakh within the framework of the United Kingdom laws. However, Qarabag club could organize this action. In fact, not only Aghdam club lost in the match yesterday. Scottish club, Celtic, was also defeated by France's PSG at home with 0: 5 score. The defeat of the well-known Benfica club to Russia's MOİK 1: 2 is not a pleasant event for the Portuguese.

Barcelona's victory over Juventus 3: 0, defeat by Greek Olympiacos that lost to Portugal's Sporting 2: 3 is not desirable for the supporters of the defeated teams. But it is just a game with winners and losers. The main thing is to meet that with dignity. Qarabag’s loss is sad, but can we expect a bigger achievement from the team of the occupied city, the club of a country territory of which is under occupation?

That's why in the background of “Qarabag”, “Qarabag” slogans in London and as head coach Gurban Gurbanov said at a press conference after the match "Karabakh is our sore spot. Most part of the Karabakh lands are in the hands of Armenian dashnaks and they have taken them unfairly " - defeat is worthy of praise.

Sports is about winning and losing. It is replaceable. There is almost no obstacle for that. The main issue is the liberation of Nagorno-Karabakh. Look, barriers and obstacles here do not allow to end occupation and chuck off invader..