Punishment to mothers of Armenian soldiers: loss of sons in Karabakh - COMMENT

Punishment to mothers of Armenian soldiers: loss of sons in Karabakh - COMMENT Citizens unfit for service are subjected to military service in Armenia
312 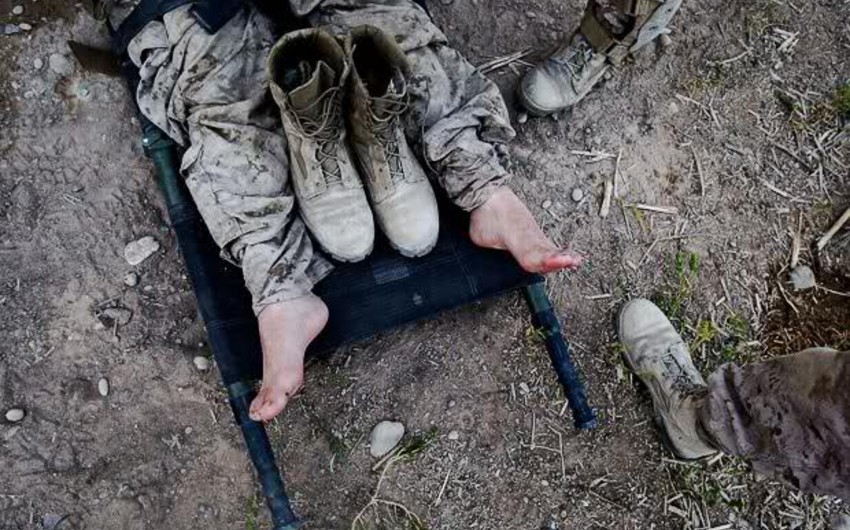 Baku. 13 June. REPORT.AZ/ Citizens unfit for service are in Armenia that tries to show itself independent and powerful by means of noise.

Number of such facts prove that country's army is unable to keep territories of Azerbaijan occupied. Such a situation confirms that, Nagorno-Karabakh occupied with the assistance of foreign forces.

Due to health problem of former soldier of the Armenian Armed Forces Arthur Asanyan, his mother Asli Asanyan and her underage daughter began hunger strike in front of the government building.

Report informs citing the Armenian media, she required government to pay the costs of his son’s treatment who discharged from military service being unfit for service.

According to the information, Artur Asanyan was declared unfit for military service after 23 months and discharged from military service. Prior to protest she was received by general in Defense Ministry. "Your son is being treated in hospital of Red Cross. He will live as long as he can”. I told him that, my son was healthy when i gave him to you, return my healthy son back, "Asli Asnayan said.

According to information, Artur Asanyan was diagnosed with spinal muscular atrophy, gastritis and bulbitis.

These diseases occur as a result of poor nutrition when person subjected to physical pressure.

Asli Asanyan said they repeatedly appealed to country's prime minister and defense minister but they did not help.

According to the report, Arthur Asanyan became ill in non-combat conditions. He served in occupied Nagorno-Karabakh region of Azerbaijan.

Generally, criminal cases into the death of soldiers in Armenia are being entombed.

Armenian soldiers who died in non-combat conditions said that, their sons are victims of "This is me" program of the Armenian Defense Ministry: “On the basis of this program sons of poor families are sent to serve in Nagorno-Karabakh. This program prevents children of rich people to serve in difficult places. "

Notably, as part of "This is me" program by Armenian Defense Ministry, border servicemen who served in occupied territories of Azerbaijan on Azerbaijani-Armenian border for a period of 3 years are paid 5 million drams (over $ 10 thousand).

Experts believe that parents try to dodge their children from military service in Nagorno-Karabakh. Those who can afford it pay bribe. Therefore, the poor and unfit for military service are sent to serve in occupied territories of Azerbaijan.

The army is a mirror of both state and society. What is happening in this country reflects the situation in the Armenian army. Because Nagorno-Karabakh has never been Armenian land. They are aggressors in this land. Armenian mothers who let their sons die in someone else's land are forced to live with just punishment - loss of son.