Price for provocation: Mxitaryan is sold for not coming to Baku - COMMENT

Price for provocation: Mxitaryan is sold for not coming to Baku - COMMENT Apparently, Arsenal is fed up with whims of Armenian footballer. Management has made a logical decision about Mkhitaryan. 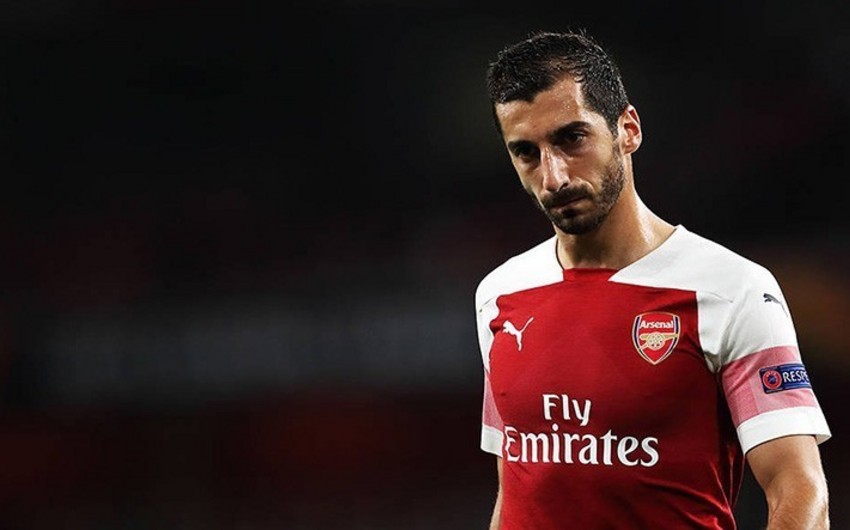 There are three figures Armenian people are proud of globally: Charles Aznavour, Kim Kardashian and Henrikh Mkhitaryan. Armenian politicians and public figures, as well as the diaspora and lobby, usually use these three figures in smear campaigns against Azerbaijan and Turkey. Since Charles Aznavour has died, there are two figures left. Recently, the propaganda machine of the Armenians around the UEFA Cup final match in Baku is resorting to any kind of smeary acts.

They claimed that Azerbaijan does not let Mkhitaryan to Baku to play in this match. The of Armenia tried to spoil this sports event.

Anna Nagdalyan, spokesperson for the Armenian Foreign Ministry, said in an interview with the CNN channel on May 25 that Azerbaijan did not guarantee the security of this footballer.

Meanwhile, the Ministry of Foreign Affairs of Azerbaijan said on May 11 that Arsenal midfielder Henrikh Mkhitaryan had no problems with coming to the country to participate in the Champions League final against Chelsea on May 29.

By the way, this player had previously refused to come to Baku on his own initiative. Azerbaijan did not object to his arrival in Baku to play with Gabala FC within Borussia Dortmund FC and also against Qarabag FC within Arsenal in 2018.

The Azerbaijani State Tourism Agency said that, together with other state agencies, Azerbaijan Airlines (AZAL) and the Association of Football Federations of Azerbaijan (AFFA), are ready to host the UEFA Europa League final match in Baku and create favorable conditions for tourists and visitors.

Arsenal seems to be fed up with the whims of the Armenian footballer. Management has made a logical decision about Mkhitaryan.

Despite the fact that Azerbaijan and UEFA have guaranteed the highest level of security, the Armenian footballer refused to come to the match which is of great importance for Arsenal, causing serious dissatisfaction at the club. The team management evaluated Mkhitaryan's provocative behavior as a failure to comply with the terms of the contract. The club plans to sell him at the summer break.

Mkhitaryan presented his refusal as a choice of himself and his family.

In addition, sports lawyers will soon meet in London to discuss Mkhitaryan's issue. The English club will be advised not to accept the players involved in political scandals.

That's why Arsenal's management has gave a way to Armenian yelling.

Along with those who love Arsenal, according to Mesut Özil, Chelsea also has a lot of fans in Baku. As the saying goes “Let the strongest win”.