Practicability and prospects of development of Eurasian Union - ANALYSIS 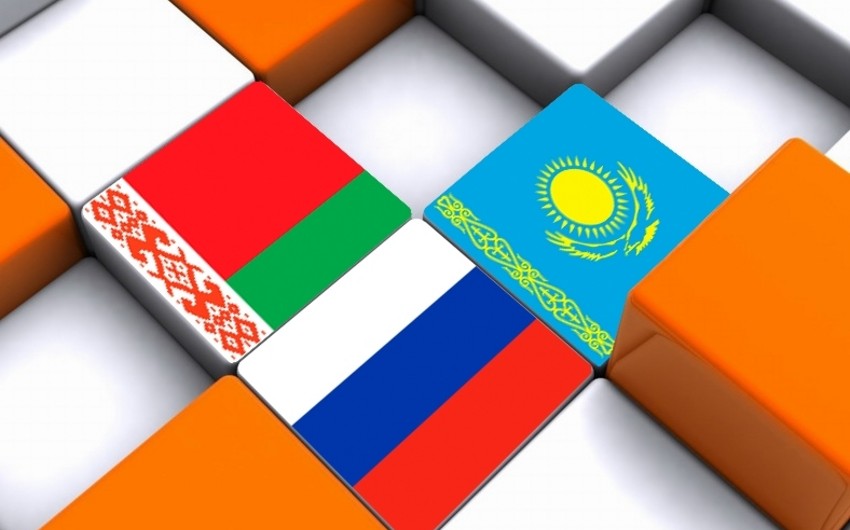 Baku.6 January. REPORT.AZ/ On January 1, 2015 an agreement on the establishment of the Eurasian Economic Union (EEU) entered into force. The idea of establishing the EEU was issued by the President of Kazakhstan Nursultan Nazarbayev in 1994.The treaty establishing the EEU was signed in 2014 in Astana.It provides trade and economic integration in the framework of a single customs territory, within which customs duties and economic restrictions are not applicable.

A Russian expert, senior vice president of the Center for Strategic Development Modeling Minister Grigory Trofimchuk believes that since the inception of the EEU should show the advantages of this integration platform.

The expert believes that the Union will help Russia to resist sanctions imposed by the USA and Europe.

With the help of EEU it is necessary to bring down the prices of goods and essential services that have undergone another New Year's attack.

This is the best reason, the best opportunity for EEU to become attractive not only for its member nations, but also to demonstrate these benefits to all members of the European Union - said the expert to Report.

The expert opined that the EEU for the former Soviet republics is the only option for recovery from the economic and political crisis.

Against the background of the next economic, and to be honest with ourselves, political turmoil, covered the post-Soviet area, the Eurasian Economic Union is the only key to save its member countries, considers G.Trofimchuk.

He expressed confidence that with time EEU will prove the practicability of its existence - the real practice will make sure. Cheap goods and services.

According to the expert Ilgar Velizade EEU initially has some problematic points in its functioning.

As political scientist told Report, sanctions imposed against Russia had a negative impact on the interaction between Russia and its major trading partners.According to him, so many people are afraid of joining the union, afraid to risk their socio-economic stability.

Currently Azerbaijan is not considering to join the EEU, as the officials of the republic stated repeatedly.

Thus, Foreign Minister of Azerbaijan Elmar Mammadyarov in an interview with the Azerbaijani media said that, Azerbaijan has not received an official request to become a member in the above structure, and while this issue is not on the agenda.The territorial integrity and sovereignty of the Republic of Azerbaijan and its borders, internationally recognized, in any case can not be a subject of bargaining, said the Minister.

More active in the issue of joining the EEU were other CIS countries, which is understandable, given the fact that they are economically dependent on Russia.From January 2, 2015 Armenia officially joined the Union.It is expected that on May 29 this year Kyrgyzstan will officially join the EEU.Thus, the union currently includes Russia, Kazakhstan, Armenia and Belarus. Russia, combining post-Soviet states into a single economic structure, trying to create some kind of economic zone, as opposed to the European Union, as well as to solve their economic problems arising after the imposition of Western sanctions.