Occupation of Azerbaijani lands: when Armenians realize what they have lost it will be too late - COMMENT

Occupation of Azerbaijani lands: when Armenians realize what they have lost it will be too late - COMMENT Armenia serves interests of others in occupied territories of Azerbaijan
2721 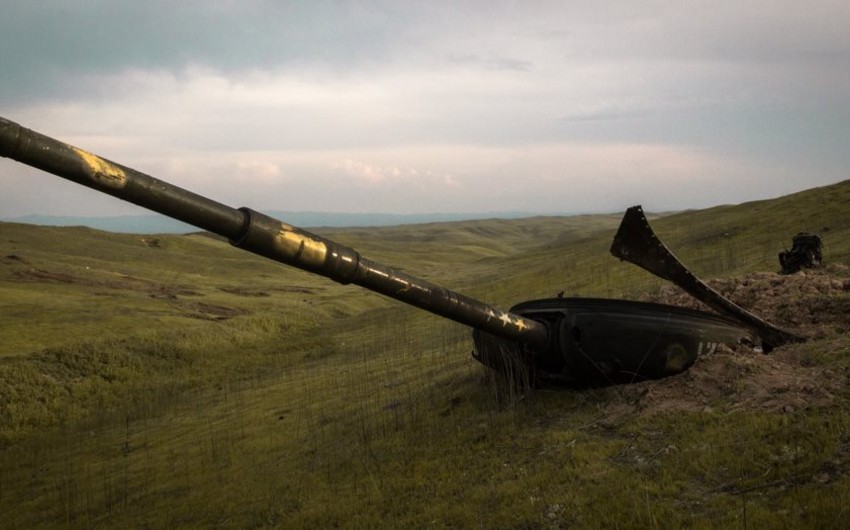 Baku. 24 January. REPORT.AZ/ The desire to continue the occupation of Nagorno-Karabakh territory of Azerbaijan leads to even worse consequences for Armenia each day.

Over the past two weeks, Armenian troops who shot and killed each other in the occupied Azerbaijani territories should be regarded as an indicator of the state of morale and combat readiness of occupant country.

Situations like this do not happen for the first time in the Armenian army, but recently they repeated more often.

Let's remember some of the events known to the public.

Extended military serviceman of Armenian armed forces Sergeant Araik Iqorevich Sargsyan was killed by his fellow soldier in occupied Nagorno-Karabakh region of Azerbaijan. According to the information, on January 16, 2017 Araik Sargsyan was shot by his fellow soldier due to the violation of rules for safegun handling that caused firearm accident. As a result Sargsyan died from his abdominal injuries.

The soldier who killed Araik Sargsyan was arrested. 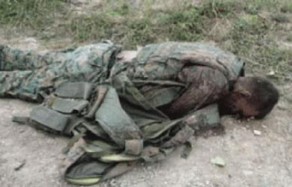 On the same day, Gurgen Sargsyan was shot dead by his fellow soldier sergeant. Press service of the Investigative Committee of Armenia informed that, according to initial reports, soldiers G. Sargsyan was shot in battle position of military unit on January 16 at 23: 55.

Similar incidents took place last year as well. On May 25, 2016, Vahe Yeghoyan was shot dead by his fellow soldier. Investigative Committee of Armenia has issued a statement about his murder. Vahe Yeghoyan served 10 months.

On the same date serviceman Hakob Gevorgyan was killed by his fellow soldier G Kosogoblyan.

Last year on September 7, 19-year-old soldier Arman Gandilyan was killed by his fellow soldier Aik Seyranyan as a result of deliberate fire in the occupied Nagorno-Karabakh.

Vahagn Virabyan was shot dead on October 5, 2016 by his fellow soldier.

Dead bodies of Armenian troops Gregory Avetisyan and Suren Aramyan were found in the occupied Azerbaijani lands. They were shot by their fellow soldiers who were insulted by them. 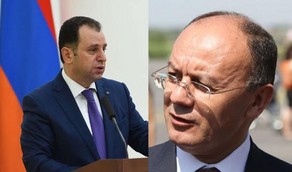 In the past such cases were linked to the activity of former Defense Minister of Armenia Seyran Ohanyan who was born in the Nagorno-Karabakh region. Because those who benefited from the occupation of the Nagorno-Karabakh needed scapegoat and they found it. Ohanian played scapegoat. Although, international community supposedly does not see they fully aware of the power that plays a key role in the occupation of Nagorno-Karabakh. In this issue Ohanyans are simply being used.After all, half of the incidents that were mentioned above took place during the leadership of Vigen Sargsyan.By the way, Chief of General Staff of the Armenian Armed Forces Movses Hakobyan was born in Karabakh region of Azerbaijan.

This shows that the change of defense ministers and members of the government did not have any impact on the moral state of the country's army. Those parents who do not want to send their children to serve in Nagorno-Karabakh to Armenia, in the occupied territories of Azerbaijan pay bribes to military authorities.

All this facts show inadequacy of the Armenian army and inability to keep the occupied territories of Azerbaijan. 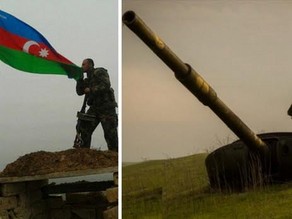 Yesterday, on January 23, President of the Republic of Azerbaijan, Supreme Commander-in-Chief Ilham Aliyev has attended the opening of a newly built military camp of a military unit of the Ministry of Defense in Pirekeshkul settlement of Absheron district. Presidents speech can be considered reasonable to those who speak against the territorial integrity of Azerbaijan in last few days. We would like to mention some parts of speech: " Armenia created myths about their army for long years; they developed fiction as though they have unbeatable army. April battles showed whose army is unbeatable.

Today, the international community knows us as a very reliable partner. The number of our friends is gradually growing in the world.The world community is becoming more aware of our right position.

President said, referred to 4 resolutions adopted by the UN Security Council: " This resolutions are openly stated that the Armenian occupying forces have to be unconditionally withdrawn from the occupied lands. If someone forgot about it, we can recall. This is the essence of these resolutions. However, Armenia ignores this, and there is no pressure on the country-aggressor".

Speaking about the settlement of the conflict, the President said: "Solution to the conflict is very simple. First, the territorial integrity of Azerbaijan must be restored. We will never allow to create the second fictitious Armenian state in Azerbaijan. Nagorno-Karabakh will never be granted independence. If someone expects that it is vain. It will not happen! Nagorno Karabakh - Azerbaijani land, that is how perceived by history and the whole world. 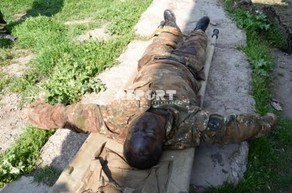 As for the future status of Nagorno Karabakh, it is possible only within a single Azerbaijani state. This is the settlement of the conflict, and the sooner the Armenian leadership realizes this, the better it will be for them.

Armenia - dependent country, it can not itself define its future. Aggressive policy led them to such state.

The only way out of this situation for them is to restore relations with their neighbors. For that reason it is necessary to put an end to the occupation.

Thus, the facts once again prove again that occupation of Azerbaijani lands by Armenia, financially dependent on others is impossible. This also confirms that Armenians have no spiritual and historical bond with Nagorno-Karabakh and Armenia. In other words, Armenia serves interests of others in occupied territories of Azerbaijan