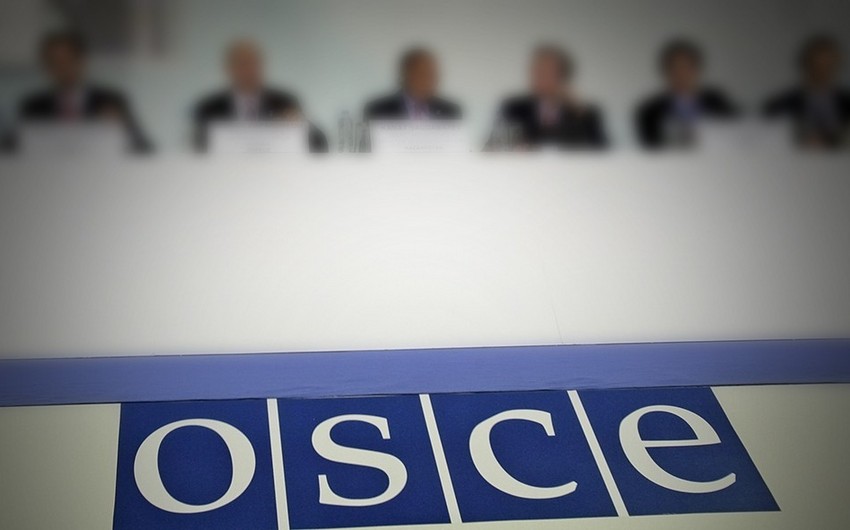 Baku. 26 November. REPORT.AZ/ One of the world's most troubled issues is terrorism and the other is terror. Since the Armenians were relocated to the Caucasus and the Armenian state was established, this ethnicity had only been damaging to Azerbaijan. Their physical and moral damage to Azerbaijan and people of Azerbaijan in the last 30 years, both in Armenia and in the occupied region, is uncountable. It is enough to mention the recent events as an example. Thus, in 1988, more than 200,000 Azerbaijani civilians were forced to leave their homes in Armenia. Representatives of the indicated ethnic group continued their savagery by occupying Nagorno Karabakh and also committing genocide against local Azerbaijanis. Khojaly genocide is one of the deadliest events committed by them.

In any case survivors of torture and persecution, witnesses, confessions of Armenians and facts of recent history prove that Armenians, who had driven the Azerbaijanis from West Azerbaijan in the territory of Armenia, were supported by Soviet soldiers and servicemen.Because this army and the state have the experience of removing Turks from their homeland through force . During the Second World War and in the 1950s, the Azerbaijani Turks were expelled from their homeland in such a way. Hence, the power behind Armenians who committed genocide against Azerbaijan over the past 30 years was the then-USSR.

After the restoration of Azerbaijan's independence, on February 26, 1992, terrorist-separatists in Karabakh committed the Khojaly genocide with the help of Russia's 366th Motorized Rifle Regiment.Incidentally, Robert Kocharyan and Serzh Sargsyan, the participants of that tragedy, later were presidents in Armenia for eight years each. Kocharyan and Sargsyan were the heads of the Armenian community in Karabakh before relocating to Yerevan. Thus, those who committed separatism in Azerbaijan and those who committed genocide were awarded with the presidential post. In Nagorno-Karabakh, separatist regime has been established as a result of bloody events and terrorist acts. This regime is engaged with terrorism and separatism.

For over 26 years the OSCE Minsk Group and its three co-chair countries - the United States, France and Russia - act as international mediators in the issue of liberation of Nagorno-Karabakh. Last week, the head of the separatist regime Bako Saakyan paid a visit to these three states. He traveled with Armenian passport as a citizen of this country. In addition, during the visit of Bako Saakyan to the countries he aimed to collect financial resources. As a result of the European telemarathon organized by the Hayastan fund, 1, 242,460 euros have been collected. Most of these funds were accumulated in France. The event was held on November 14-18. Bako Saakyan paid a visit to France to attend the marathon.The funds are said to be spent on the Armenian-Azerbaijani border in Tavush region and the occupied Karabakh region of Azerbaijan. At the annual telemarathon held in Los Angeles on November 22, donation in the amount of 11,109,633 dollars were collected. The organizers said that these funds will be sent to the occupied Nagorno-Karabakh region of Azerbaijan. On November 24, the head of separatist regime visited Russia. It is not known exactly what these funds will be spent on.

Because there was no transparency in the activities of this organization. By the way, in July of this year, Ara Vardanyan, executive director of the Hayastan All-Armenian Fund, was arrested on suspicion of embezzling a large amount of financial resources. It was noted that he transferred $ 29,000 (14 million drams) from the bank account to the casino "online" over the last week. In 2016-2018, this figure exceeded $ 250,000. A few months ago, the head of the Helsinki Citizens' Assembly in Yerevan, Artur Sakunts, stated that the fate of the $ 500 million credit from Armenia is unknown. He also said that the fate of the Lins Foundation's investment in Armenia is unknown. Sakunts also spoke about the corruption and misappropriation of the Hayastan All-Armenian Fund: "We continue to hide the loan - even if we do not see the result - good roads and infrastructure. It is clear that the contracts were signed to borrow funds. Now we pay them all over the world."

Notably, the Lincy Foundation was founded by Kirk Kerkoryan, a US-based businessman in 1989. The Fund spent over $ 1.1 billion in charity for 22 years in various projects in the US, Armenia and Lebanon. So it turns out that from these countries, Armenians in Armenia and Nagorno-Karabakh are provided with financial support by the name of various projects. This assistance is to help them keep Azerbaijani lands under occupation for a longer period of time. Indirectly, those states are involved in the occupation of Azerbaijani lands. In such a situation, mediators speak about the peaceful settlement of the conflict and are trying to seem innocent as if they hold a fair position. The answer to the question asked at the beginning of the article is here. If the Armenian actions against Azerbaijan were previously supported by the USSR, now the scale of this support has grown: now they are called international mediators. In such a way, mediators are threatening security in the region, preventing its development and cooperation of the South Caucasian republics.

Finally, we would like to draw attention to one issue. In Central Asian countries and in other countries, terrorists are fired by extremists in the country and a criminal case begins against them. There are similar rules in Azerbaijan, Russia, France and the United States. Any person or organization engaged in terrorism and separatism in European countries cannot participate in such event, cross the state borders of Azerbaijan or organize telemarathones as citizens of the United States, France or Russia. However, the United States, France and Russia have shown disrespect to international law, allowing Bako Sahakyan to act freely within the country.

Let's imagine that, for example, the head of a terrorist organization such as ISIS, al-Baghdadi, travels to the United States, France and Russia with his passport, holds meetings with religious figures in the mosque, and collects donations. Would Washington, Paris and Moscow allow that? Never! Then why is such a grace shown to the leader of a regime that is dangerous for Azerbaijan? Or another example. Catalonia's former separatist leader Carles Puigdemont is assisted to stay in Belgium and operate against Spain. Is not such an attitude a support for fragmentation of Spain's territorial integrity?! It is clear that great powers need separatists and terrorists as a toy. They use them to put pressure on each other and regions.