CONTAGIOUS PRICES - pandemic will continue to negatively affect oil market "It's too early to talk about how and when vaccines will help you return to your normal life. Now we do not predict their significant impact on oil demand in the first half of 2021,"
100 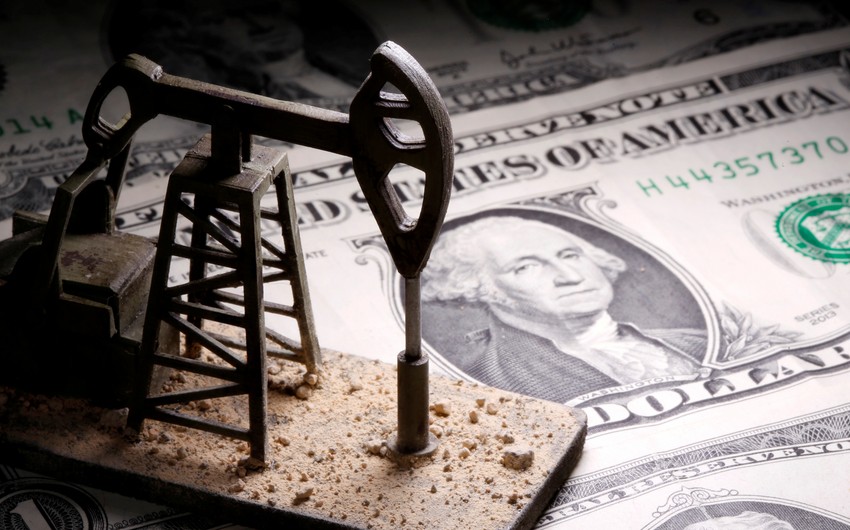 As much as 2020 turned out to be a "surprising" year for the oil market, experts' forecasts regarding prices for "black gold" in the short term are sometimes ambiguous.

After the shock price fall in the first 4 months of this year, the summer months were unusually stable, and Brent crude rose even to $ 45 per barrel. And this despite the fact that traditionally the summer months are considered an unfavorable season for the oil market due to the decline in demand. However, "trouble" came to the market this year along with the cold weather, the novel coronavirus that led to new lockdowns worldwide. The decline in economic activity resulted in a natural drop in demand for oil and a collapse in fuel prices to 10%. As a result, trades in September-October were conducted at the level of ± $35 per barrel.

However, in early November, the market recovered a bit from the shock, gradually adding in value - oil prices rebounded sharply on the news of the successful trials of the COVID-19 vaccine from Pfizer and BioNTech. So, the spot prices for Brent exceeded $ 44, and the price of the futures was even above $ 45 per barrel. On November 17, in the evening, world oil prices began to move downward on the news around the concluded meeting of the OPEC + ministerial monitoring committee, following which the participants decided to postpone a recommendation on the transaction's further fate. The final decision on the deal is expected following the results of the alliance's general meetings on November 30 - December 1.

"Vaccine developments are favorable to oil demand in the short and long term. However, this will change little in the short term, as concerns about demand in the second wave of COVID-19 persist, "Warren Patterson, head of a commodity strategy at ING, told Reuters.
Saudi Arabia's Energy Minister Prince Abdulaziz bin Salman also said during an open meeting of the OPEC + ministerial monitoring committee that news of successful trials of coronavirus vaccines is encouraging. According to him, only a widely available vaccine can have a tangible impact on demand. However, a series of new lockdowns against the background of the second wave of diseases can minimize this optimism, at the same time, he noted. "We are still in this long pandemic tunnel. And the way out is far, "Prince Abdulaziz concluded.
The International Energy Agency (IEA), in its regular monthly report, also lowered the forecast for global demand in 2020 by 0.4 million b/d.
Moreover, according to the experts, the coronavirus will pressure demand this year and in 2021. They conservatively assess the impact of the COVID-19 vaccine on liquid fuel consumption.

"It's too early to talk about how and when vaccines will help you return to your normal life. Now we do not predict their significant impact on oil demand in the first half of 2021," the IEA experts note.

Earlier, OPEC specialists also lowered the forecast for demand by 9.8 million b/d. And this is not the first time the cartel has downgraded its forecast for oil demand in 2020, reflecting the continued nervousness in the market amid the second wave of coronavirus that sweeps our world. And next year, OPEC expects an increase in demand by 6.2 million b/d per year, but this is less by 300 thousand compared with the October report.

"Previous expectations for a recovery in demand have dropped and are now expected to deteriorate further," OPEC said in a report.
It is important to note that the notorious coronavirus is not the only factor influencing the oil market's mood in 2020. Despite the general lockdowns, this year turned out to be quite turbulent in terms of political events on a global scale. Thus, analysts rightly believe that the normalization of reserves will depend not only on OPEC + but also on production volumes in the United States, which are now about 2.5 million barrels/day below the beginning of the year. The fact is that the Trump administration has created the most favorable conditions for American oil and gas companies, primarily shale companies, which ensured stable production growth. In September 2019, the United States became the largest oil-producing power, ahead of Saudi Arabia and Russia. But now, a lot can change. After taking office, Joe Biden intends to renew the US's participation in the Paris climate agreement. He also plans to prohibit drilling in the territories of federal subordination - onshore and offshore. Moreover, there are fears that investments in the development of shale structures will decline under Biden, which will lead to a significant decrease in production.

As a backdrop to all this, after Biden's victory, oil prices may fall due to increased supply if the Democrats lift sanctions against Iran, as Obama did in his time. However, experts are confident that Biden's policy will lead to a decrease in supply and an increase in energy prices in the long term.

Nevertheless, it is clear that good news for oil producers this year is akin to a New Year's miracle - so far, both the epidemiological situation and the political alignment do not bode well for price inflation in the future. The most optimal corridor looks like $ 35-45 per barrel.
Analysts mostly agree that a sharp drop in the price curve will not occur thanks to OPEC and OPEC + efforts. True, if they continue to make these efforts.