Irresponsible diplomat – Iran’s foreign minister behaves improperly Today marks the first anniversary of the tragedy committed by Armenia and its supporters in Ganja. Despite the cessation of the hostilities, Armenia continues violations on the border with Azerbaijan. Adding insult to injury, as if official Tehran is comp Today marks the first anniversary of the tragedy committed by Armenia and its supporters in Ganja. Despite the cessation of the hostilities, Armenia continues violations on the border with Azerbaijan. On top of it, as if official Tehran is competing with Yerevan, it is taking illegal steps towards Azerbaijan that are against all international norms and increases tensions between the two countries. Usually, under such circumstances, diplomats are very active and do not allow further tensions between countries. To put it differently, they try to overcome a crisis that has arisen or was created for certain reasons. However, the heads of both Iran's military and diplomatic missions behave nervously, angrily and anxiously, using expressions that are inappropriate for neighborly relations and the posts they hold.

Yesterday, Iranian Foreign Minister Hossein Amir-Abdollahian was interviewed by one of the Iranian TV channels on relations with Azerbaijan. The minister answered similarly to a reporter's provocative questions. By responding to some aspects of what Hossein Amir-Abdollahian said, we will draw your attention to the diplomat's attempts to increase rather than reduce the tensions in relations with Azerbaijan.

The minister underlined that the relations between the peoples of the two countries are at the highest level. No one can object to this since the majority of the Iranian population is Azerbaijanis and Muslims. In this case, it would be abnormal to talk about a different relationship between the peoples. Exactly, the relations between the Iranians and the Israeli people, whom the Tehran regime wishes death, are at the highest level. Moreover, the Iranian government has never declared itself an enemy of the Israeli people and this is also applicable to the USA. Given this, the burden to retain friendly and positive relations between peoples is the responsibility of governments. As a rule, unpopular regimes damage relations. Over recent months, the delivery of cargoes from Iran to Armenia and the territory of Azerbaijan, where Russian peacekeepers are temporarily stationed, and the activities of businessmen are an attempt to saw enmity between the peoples. From this point of view, Iranianophobia in Azerbaijan is created by Tehran government officials.

From the beginning of the 44-day war until the signing of the trilateral statement on November 10, 2020, Iranian officials and the media were engaged in blackmailing the just and fair war of Azerbaijan. Iranian officials claimed that "terrorists are fighting" on the Azerbaijani side. Which terrorists, where did they go? After all, as a representative of a country, which once saw a war, Iranian officials with this statement showed disrespect for the Azerbaijani servicemen and soldiers, who became martyrs. What evidence do Iranian officials have to substantiate this claim? If they have evidence, why do they not disclose it? So, they are conducting a smear campaign against Azerbaijan. The minister continues last year’s false propaganda campaign launched by Armenian, French, Greek, Russian media outlets and the PKK terrorists. However, Azerbaijan has proved that mercenaries were fighting on the side of the occupying Armenians, and even held a trial of one of them. 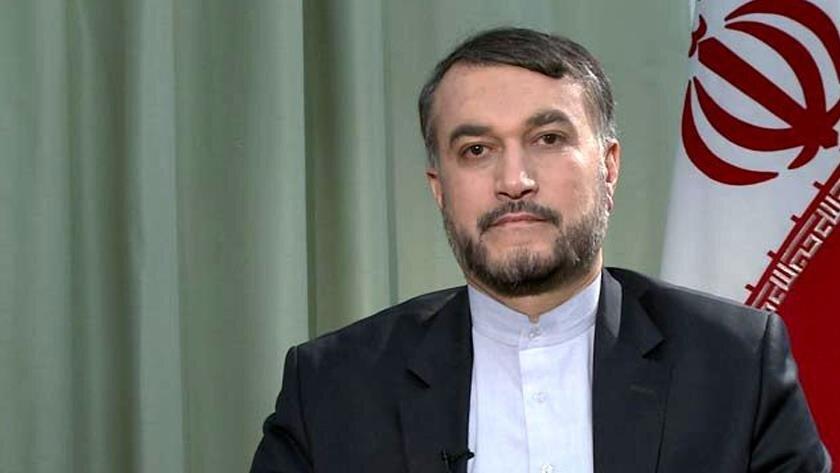 We would like to recall the incident that occurred 27 years ago to save the minister from such false propaganda. On March 17, 1994, a C-1230 military transport plane owned by the Iranian Air Force with members of families of diplomats of the Islamic Republic was shot down near the Azerbaijani city of Khankandi. As a result of the accident, 19 passengers, including 9 children, were killed. The plane was carrying family members of diplomats working at the Iranian embassy in Russia, who were on their way to Tehran to celebrate Nowruz. It was confirmed that the plane was shot down by the occupying Armenia in Karabakh. Jirayr Libaridyan, the then first deputy foreign minister of Armenia, said: “The plane had to fly to Iran via Russia, Georgia and Armenia. However, it left the airspace of Georgia 100 km east of the course and thus fell into the space of military operations around Nagorno-Karabakh, not the airspace of Armenia." The Iranian Air Force set up a special commission. The head of the commission, Abdat Aminian, refuted the version of Armenian Vice President Gagik Harutyunyan that the plane lost control and crashed due to a malfunction in the flight control system: "The plane exploded in the air for unknown reasons after deviating from the course." At that time, the former National Security Ministry of Azerbaijan provided the Iranian side with radio interceptions made by Azerbaijani intelligence on the day of the accident. So, by liberating lands from the Armenian occupation, Azerbaijan also prevents such crimes in territories adjacent to Iran. However, the Tehran government has not returned to this issue in 27 years. On the contrary, it supported separatists and terrorists in Karabakh. Now the question is, who collaborated with terrorists? Of course, those, who turned a blind eye to the deaths of 19 innocent citizens.

Iranian officials accuse Azerbaijan of cooperating with Israel. It is very abnormal. Why do they forget that Azerbaijan is an independent state and it chooses countries it wants to cooperate with? No third country has a military base in Azerbaijan. However, Russia has the largest military base in Armenia in the region, which is near the border with Iran. The largest US embassy in the South Caucasus in terms of area and number of employees is in Armenia. Iran uses the cooperation between Israel and Azerbaijan as an excuse to justify its assistance to Armenia. No one can guide Iran in choosing a friend or foe as its interests demand it. However, this relation (Iran’s cooperation with Armenia) is met with protest as it is against Azerbaijan.

The minister expressed concern over the arrest of two Iranians in Azerbaijan, whom he considered drivers. In our opinion, there is no reason for concern. If they are really drivers and are engaged in cargo transportation, they will be set free. At this point, it is relevant to remember the arrest of an Azerbaijani scientist in Iran. In August 2010, Rashid Aliyev, Azerbaijani scientist, imprisoned by Iran, was released. Rashid Aliyev, a leading physicist-engineer of the Laboratory of Physics of Biological Systems at the Institute of Physics Problems of Baku State University (BSU), worked at the Sazan Electronics Industry Company of Iran in 2006-2008 under a cooperation agreement initiated by BSU. Although the company's management repeatedly offered the Azerbaijani scientist to stay and work in Iran, he did not accept the offers and returned to the republic. Rashid Aliyev made a last brief visit to Iran on October 5, 2005, at the insistence of the company's director, Eftekhari, and was arrested on October 6 on the pretext of a visa problem. Aliyev was sentenced by an Iranian court to three years in prison on trumped-up charges without his participation. However, Iranian drivers and companies entered and operated illegally in Azerbaijan. In addition, they disrespected Azerbaijani territories. Over the 30 years of occupation of Azerbaijani lands, the Iranian side, like others, has committed numerous illegal acts. There are facts about them. The minister also knows that the Gorus-Gafan highway passes through the territory of Azerbaijan. In this case, why do Iranian drivers and businessmen move this way and carry cargo? It turns out that the Tehran government is deliberately disrespecting the territorial integrity and sovereignty of Azerbaijan. 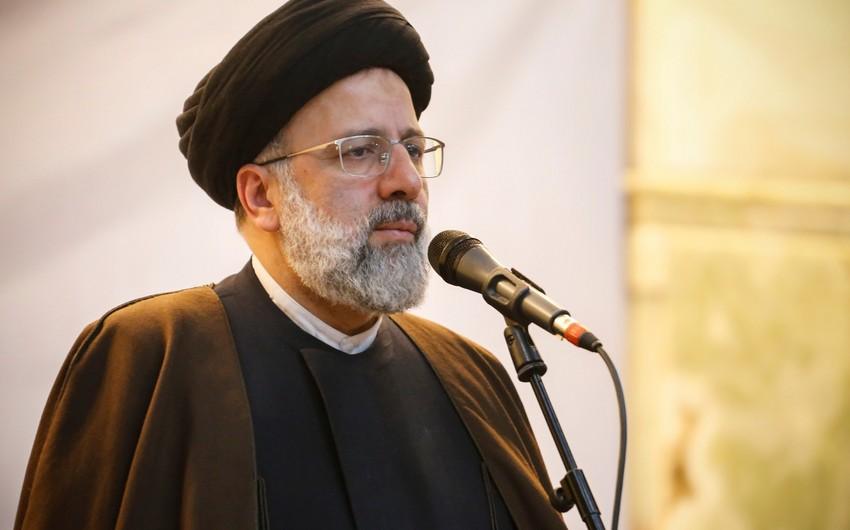 Iran's 13th government, including President Ebrahim Raisi, says that all the cabinet members intend to develop ties with its neighbors, including Azerbaijan. Azerbaijan also prefers cooperation with all its neighbors. It (Baku) even invites Armenia to such cooperation. Because it has been repeatedly confirmed that conflict and confrontation are detrimental to development and security. But it is not enough to declare goodwill, it is necessary to prove it. In this regard, the minister reiterates the old uproar with regard to Azerbaijan. This type of issue stems from the psychological complex of the Iranian government. In the past, Iran used to look for an "English finger" in this regard. It was later replaced by the "American hand". After the 1979 revolution, the "Zionist hand" was added. In Iran, when the excuses of the officials are over, they use one of them. Even those, who think, dress, speak, or even cut their hair differently are suspected of working for one of these three countries in the first place.

As a whole, Iran considers Israel’s existence as a source of threat for itself. "Death to Israel!" slogan confirms this. Israel has embassies in Armenia and Yerevan in the Jewish state. Armenia shares a border with Iran. If Israel is so dangerous, why official Tehran does not object to Yerevan for this cooperation. It turns out that Azerbaijan's cooperation with Israel is an excuse for Iran to strain relations with Azerbaijan.

Finally, the language is given to the diplomats to hide what they think. Therefore, it is unfortunate that the minister made false allegations through this means of communication and, as a result, served the increase of tensions between the states artificially.