Incident during Tractor’s match - the enemy that appears everywhere - COMMENT

Incident during Tractor’s match - the enemy that appears everywhere - COMMENT Those who damage relations between Azerbaijan and Iran, mutual trust must be punished 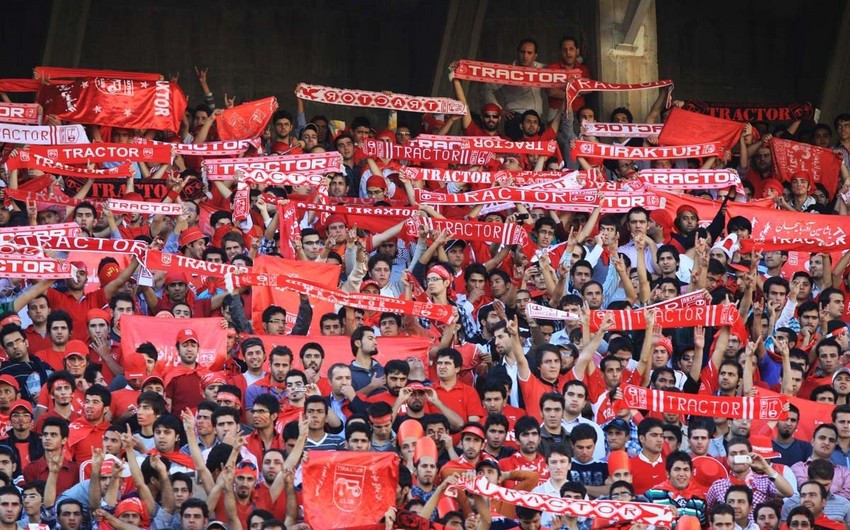 Baku. 30 November. REPORT.AZ/ The enemy is like a devil, it comes in different situations, in unexpected places and forms. The same as the enemies of Azerbaijan - they are everywhere in the world. Like a devil the enemy creates a mess in influential international organizations, in streets and squares, in concert halls, and even at stadiums.

From this point of view, although we see no need to answer the question of who our enemy is, we will try to clarify it in a certain sense.

This is the enemy who forced more than 300,000 Azerbaijanis to flee their homes in Western Azerbaijan, who occupied Azerbaijan's territories and committed Khojaly genocide. They are not satisfied with this and they act against us in neighboring countries.

So recently, the enemy has again revealed its insidious intentions at Azadliq (Azadi) Stadium in Tehran.

On November 25, supporters of Tehran's Persepolis team in support of Armenia's aggressive policy and action opened a banner with a statement titled "Artsakhe ermeni" during the meeting with Tabriz's Tractor Football Club. And of course, it caused outrage. A member of the Urmia city of West Azerbaijan Hadi Bahaduri and deputy from Tabriz Zahra Sai have condemned this behavior. Zahra Sai said such cases threaten the country's security: “Such behavior is directed against national unity. This is a provocation and it was carried out purposefully. The Azerbaijani population should properly respond to such insults. I will ask the Minister of Youth and Sports to clarify the issue. If the answer does not satisfy me, then I will raise the question in the parliament ".

Mohammad Hasannejad, representative of Azerbaijan's Marand and Southern Culfa cities in the Iranian parliament, said the demonstration of this banner came from racism. Hadi Bahaduri commented on the incident that took place during the "Tractor" - "Persepolis" match:

"It was announced before the match that if the insults are heard or performed at the stadium, match would be suspended. Fans of Persepolis began to insult, but the game was not stopped. The general aura of the stadium and the referees’ approach were directed against the "Tractor" team. Even in this case "Tractor" again earned a point. The insult of the great Azerbaijani nation is unacceptable. Those who insult must pay for it. The country's Prosecutor-General's Office must file appeal against "Perspolis" on behalf of the Azerbaijani nation and punish those who voiced insults.

“Fans of Perspolis also slandered the slogans against Azerbaijani Turks: "Death to the Turks", "Donkey Turkey" and others. This step has led to natural protests in South Azerbaijan. Supporters of "Tractor" chanted such slogans as "Live Azerbaijan, those who don’t want it let them be blind!", "Madrasa in Turkish, must be everywhere we wish!", " Either Karabakh or Death!", "I will die if you give an order!".

“In fact, almost 80 percent of the 81 million Iranians are Muslims. This country is biased towards Muslims. As it defends the rights of the Palestinian Muslims, it has to provide socio-political and moral support for the liberation of the Karabakh region of Azerbaijan. The Iranian authorities will never allow Palestine to be named otherwise. Palestinian issue is one of the basic principles of Iran's political-ideological policy. At the same time, those who damage relations between Azerbaijan and Iran and mutual trust must be punished. Otherwise, what brotherhood, what confidence can we talk about?

“Thus, Tehran is the second largest city in the world after Istanbul. From this point of view, the enemy is before our eyes. He is a betrayer. Those who differ an enemy from a friend must be ready fir accountability.”