France reconsiders its priorities in the South Caucasus - ANALYSIS 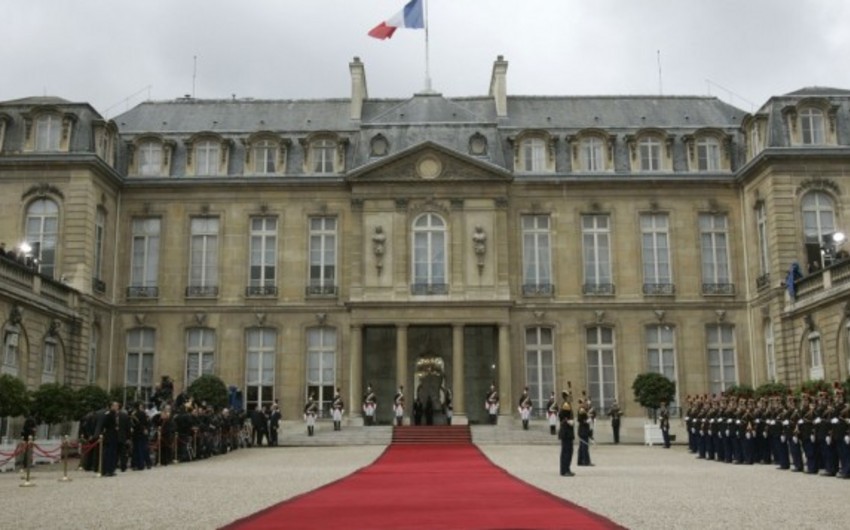 Baku. 28 October. REPORT.AZ/ The next meeting of Azerbaijani and Armenian Presidents in Paris can be considered as positive in terms of maintaining contact between the conflicting parties and the peaceful settlement of the Nagorno-Karabakh conflict. France which organized a meeting in turn demonstrated its effort to participate more actively in its resolution.

The meeting in Paris resulted in a statement of the conflicting parties, in which they issued their wish to continue the dialogue and reaffirmed their commitment to a peaceful settlement.

As the press service of the French President reported, Francois Hollande called status quo unacceptable and suggested to develop a comprehensive peace agreement. Presidents of Azerbaijan and Armenia, in turn, agreed to continue dialogue on resolving the conflict, and also decided to share data on missing persons in the conflict under the auspices of the ICRC.

According to the political scientist Fikret Sadykhov, despite the fact that, apparently, the talks did not bring any concrete results, the meeting itself was a positive factor.

According to F.Sadykhov, "the official Baku demonstrates to the world that, in spite of the occupied territories, the ongoing conflict and unprecedented indifferent attitude of the leading states, Azerbaijan is ready to participate in negotiations, it demonstrates a desire to resolve the conflict in the peace talks and has never refused to do it".

Political scientist stressed that, even if some agreements were achieved at a meeting in Paris, however, the main issue, the beginning of the liberation of occupied Azerbaijani territories had not found its solution yet. "France is not a country with the assistance of which the final decision on this issue makes. In addition, we are aware of the strong influence of the Armenian Genocide and lobbying activities in France, the French society and political elite. In this case, it seems to me that, currently, despite all the positive factors, the uncertainty of issues still exists," said F.Sadykhov.

According to the analyst, one of the reasons why France initiated a similar summit on Nagorno-Karabakh conflict was its effort to keep up with the other co-chair countries; therefore, they took the initiative after the meeting of The Heads of Azerbaijan and Armenia with Russian President Vladimir Putin and US Secretary of State John Kerry.

Political scientist Rovshan Ibragimov also believes that, the basis of the initiative Francois Hollande is the interest of France to show its activity as a co-chair of OSCE Minsk Group.

At the same time, he also highlighted that, France has been increasingly interested in strengthening relations with Azerbaijan in recent years. "France wishes to participate more actively in the resolution of the conflict. If we consider the intensity of its contacts with South Caucasus countries, France has traditionally strong relations with Armenia, there is strong Armenian lobby in this country. Nevertheless, in recent years there has been active development of economic relations between France and Azerbaijan. In other words, France has begun to reconsider their priorities regarding the region. Even if previously, their preferences had been built on the basis of purely lobbying interests of the Armenian diaspora in France, recently national interests of France appeared, which are more related to Azerbaijan. Therefore, considering the perspectives from this angle and in order to keep up with other co-chair countries - Russia and the United States, to create a certain parity among the co-chairs, France initiated this meeting," R.Ibragimov told Report Agency.

According to the analyst, the importance of the Paris meeting lies in maintaining contacts between the Heads of states-parties of the conflict after its escalation this summer and in the formation of a new platform for further meetings in this format.

Thus, the meeting between the presidents of Azerbaijan and Armenia in Paris, as expected, resulted in no tangible progress in the peaceful settlement of the conflict, but it will allow the parties to reaffirm their intention to continue the dialogue.