Extradition of Lapshin: Azerbaijan’s victory over occupant and its sponsors - COMMENT

Extradition of Lapshin: Azerbaijan’s victory over occupant and its sponsors - COMMENT A natural question arises: who is next?
1555 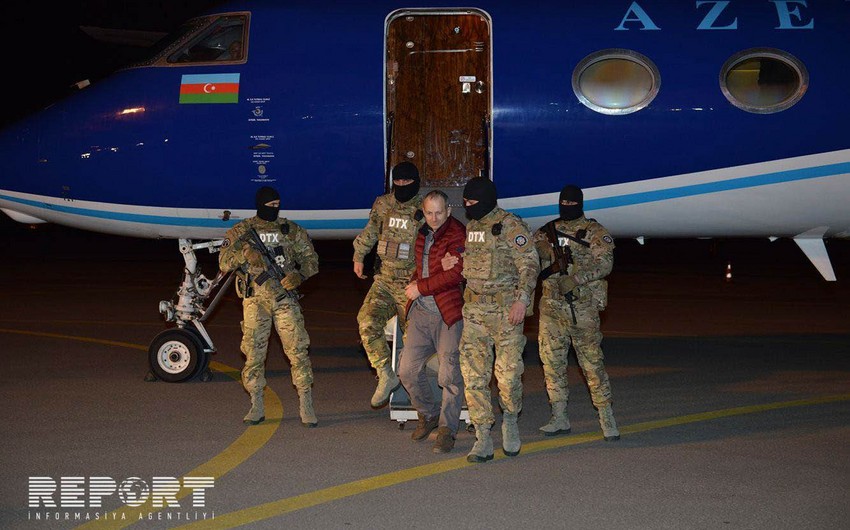 This must be regarded as clear indication of rightfulness and justness of Azerbaijan’s struggle for liberation of its occupied lands.

Notably, Alexander Lapshin, who has dual citizenship (Israel and Russia), has been detained in Belarus upon demand of Azerbaijani side. Supreme Court of Belarus rejected the complaint of blogger Alexander Lapshin on the decision of the General Prosecutor's Office of Belarus for his extradition to Azerbaijan.

He was detained as a result of operations carried out by law enforcement forces of Belarus.

In general, MFA included 623 foreign citizens, including 180 journalists, who illegally traveled to occupied territories, in the list of persona non grata. Most of journalists are citizens of Lithuania, Japan and Austria. Most of illegal travelers to occupied lands of Azerbaijan are from USA, Germany, Russia, France, Italy and Ukraine.

20 banned persons last year admitted that they had been deceived by Armenians and their sponsors to travel to under-occupation Azerbaijani territories illegally and officially apologized. These persons were excluded from the black list after this.

Without any doubt, official Baku haven’t posed travel ban to occupied Azerbaijani territories; but for this, first of all, it demands respect for sovereign rights of Azerbaijan. Euronews, Al-Jazzera, Polish television and some others have behaved in this way.

It means, Azerbaijani side approached freedom of speech and thought in this issue with respect.

The fact that most of unauthorized travelers to Nagorno-Karabakh region of Azerbaijan come from OSCE Minsk group co-chairing countries is disappointing and surprising.

One of reasons of people like Lapshin behaving so carelessly in occupied lands is stipulated by position of those countries in negotiations for settlement of the conflict.

Lapshin’s extradition features fairness of Azerbaijan’s struggle towards liberation of Nagorno-Karabakh from occupation in all contexts. Such seemingly different events like extradition of officer of Azerbaijani Army Ramil Safarov from Hungary and April battles are the same in essence.

Armenia and supporters of occupation have to leave Azerbaijani lands. As long as they stay in Nagorno-Karabakh, those like Lapshin will answer before the law; Armenians, who play with national feelings, will not remain unpunished; dead bodies of occupant soldiers and officers of Armenian army will be carried from those lands.

At this point it is worth to remind statement of President Ilham Aliyev made numerous times: “We will never permit the establishment of a second Armenian state on Azerbaijani land. I would like to say once again that if Armenia will take into account the present-day realities and Azerbaijan’s increasing political authority, economic strength, take the correct step, leave the occupied territories, then it would serve to the Armenians living in Nagorno-Karabakh at these days. If it will not understand and continue the policy of occupation, then for Armenia, for Nagorno-Karabakh the results can be very painful.

Therefore, if Lapshin’s attraction to justice in Azerbaijan also implies triumph of political, diplomatic and legal activities of official Baku.

Instead of understanding that they have become a puppet in other hands and getting rid of aggressive desires and activities, Armenian society is again raising a hue and cry.

Armenian occupants, instead of being ashamed and keeping calm, behave in ridiculous and irrelevant way.

Famous pro-government political expert of this country Stepan Safaryan criticized Armenian ambassador in Belarus, representatives of his country in Parliamentary Assembly of European Council, government officials, and accused them of inaction and inability.

Davit Sanasaryan, the spokesmen of opposition party “Heritage” told: “Azerbaijan destroyed Armenia with score 10:0. No foreigner will travel to Karabakh after this”.

This is the way it must be. Foreigners must not travel to Nagorno-Karabakh without permission of Azerbaijan. Unfortunately, some people misuse their country’s power and take such steps. Lapshin’s extradition is a god reply to them. Whereas, he was so shameless and assured that, having expressed his wish to be at top of Azerbaijan’s black list, placed following social media post: “I need more 150 USD to violate Azerbaijani laws. I am looking for sponsor to travel there again”.

Therefore, although it is a bit rhetoric, we can imagine those who was somehow involved in occupation of Nagorno-Karabakh in similar with Lapshin situation. It is desirable to see treacherous citizens of Azerbaijan – Robert Kocharyan, Serz Sargsyan and others on his place.

Thus, Lapshin, the citizen of Russia and Israel, will stand in front of Azerbaijani justice, because he violated law. Of course, natural question arises: who is next? Who else wants to violate territorial integrity of Azerbaijan? It is worth to note that those who fraudulently talk about rule of law to defend Lapshins, violate laws and show essence of themselves.