Experts: Russia's activity in Karabakh issue is related with unwillingness to give initiative to other hands - COMMENT

Experts: Russia's activity in Karabakh issue is related with unwillingness to give initiative to other hands - COMMENT Russian bureau of Report News Agency interviews Russian analysts 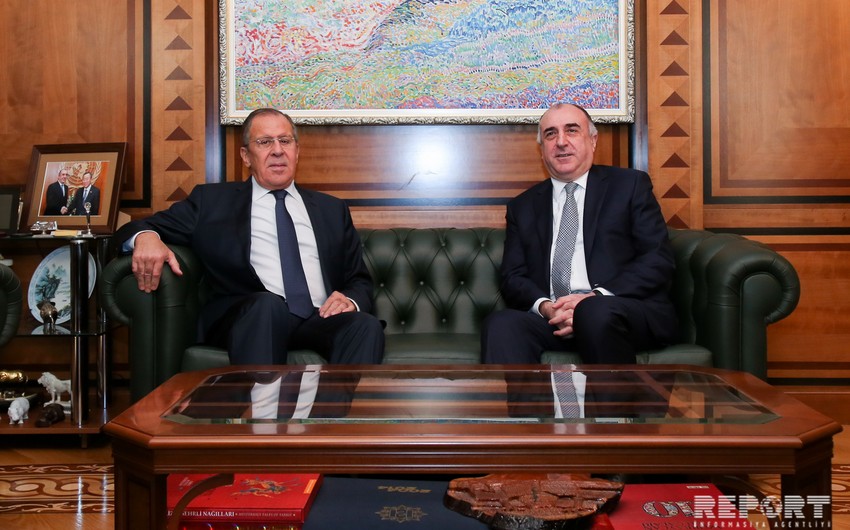 Moscow. 23 November. REPORT.AZ/ Experts believe Yerevan's desire to sign agreement with the EU can not become an effective instrument of Armenia's pressure on Moscow in the context of the Nagorno-Karabakh conflict settlement.

"Many associated great expectations with the visit of Sergei Lavrov to the region. Nevertheless, not only the statements of the Russian Foreign Minister during this trip, but even replicas of other interested players before this tour show that the representatives of the interested powers do not want to create overestimated expectations in the Karabakh issue”, leading analyst of the Russian Agency for Political and Economic Communications Mikhail Neizhmakov told the Russian bureau of Report.

He recalled the statement of Turkish President Recep Tayyip Erdoğan that "Vladimir Putin is not very hopeful on rapid progress on the Nagorno-Karabakh conflict settlement". Lavrov, saying in Yerevan that "the problem is complicated, and negotiations will not end quickly", merely confirmed that no one had promised quick results before”, expert added.

The analyst stated that serious diplomatic activity on the Karabakh issue in November deceived most optimistic observers.

According to him, intensive diplomatic contacts do not always mean quick results, even interim."Often such activity of diplomats and heads of state means more likely a desire not to give the initiative to other foreign policy players than preparing sensational agreements," political scientist added.

Neizhmakov doubted that Yerevan's desire to sign an agreement on a comprehensive and expanded partnership with EU could become an instrument of pressure by Armenia to Moscow, including the Nagorno-Karabakh issue.

In turn, the head of the interparliamentary friendship group Russia-Azerbaijan, member of Russia's State Duma Dmitry Savelyev said that Russian Foreign Minister Sergei Lavrov's visit to Baku is an important step towards further expansion of cooperation and strengthening of the strategic partnership between Azerbaijan and Russia.

"One of the key issues discussed during the visit was the peaceful resolution of the Nagorno-Karabakh conflict. I am confident that the process will move from the deadlock in the very near future and I very much hope that the conflict will finally be resolved peacefully in compliance with international law”, lawmaker told Report.