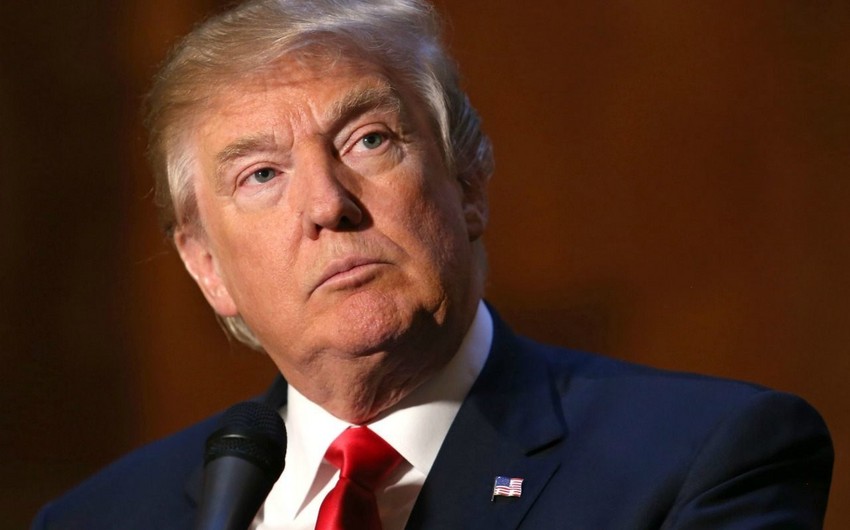 Baku. 8 February. REPORT.AZ/ If to talk with terms accepted in the West, Donald Trump leaves an impression of surprising and in some cases even disappointing project of the West.

He leads world’s super power for already 20 days. Beside shattering numerous expectations and predictions, he creates confusion with his decisions.

Those who predict his early quit now don’t seem so irrational.

Usually experts take first 100 days of presidential term as a milestone to carry out some analysis. However, recent developments necessitate some considerations over 20 days of Trump’s presidency.

Most scandalous order of the White House resident was 90-day travel ban for citizens of 7 countries. According to the order signed on last day of first presidential week, citizens of Iran, Iraq, Syria, Yemen, Somali, Sudan and Libya cannot travel to US during 90 days.

Notably, before his nomination as candidate for US presidency, D.Trump was carrying out campaign against travel of Muslim people to his country and was calling Barack Obama to take steps in this direction.

D.Trump told that he will appeal against judge’s decision: “The opinion of this so-called judge, which essentially takes law-enforcement away from our country, is ridiculous and will be overturned!”

From this point of view, 90-day visa ban can be regarded as fulfillment of his promises. Probably, Trump is trying to boost his popularity by showing that he is fulfilling promises given to voters.

Alongside protests in US, people in British capital London also held protesting march against president’s policy.

Thousands of Londoners went to streets to protest White House’s new policies. Action started near US embassy in British capital. They were holding “No to Trump, no to war!”, “No to Trump, no to racism!” posters. They also protested US president’s visit to United Kingdom.

Funding for construction of wall at US-Mexico border is expected to start in April.

Trump’s transition team told this at Republican Party congress. This caused a wide counter reaction in opposite side.

He also started to criticize recent history of United States.

For example, a large number of people worldwide have lost their lives because of America’s mistake: “Well, take a look at what we’ve done too. We’ve made a lot of mistakes. I’ve been against the war in Iraq from the beginning”.

This and other statements can be regarded as Trump’s attempts to cover up actions initiated by former US presidents in the region.

The European Union seems anxious over current US president.

President of European Council Donald Tusk told that D.Trump poses existential threat to Europe. According to him, changes in Washington placed the EU in a difficult situation.

He said in a warning letter addressed to 27 European leaders.

Mr. Tusk included the new American President as part of a group of “dangerous” challenges facing the bloc, citing Russia, China and radical Islam as other threats.

President of European Council said an assertive China, Russia’s aggressive policy, “terror and anarchy” in the Middle East and “worrying declarations by the new American administration” put the future of Europe in jeopardy: “Particularly the change in Washington puts the European Union in a difficult situation; with the new administration seeming to put into question the last 70 years of American foreign policy”.

Tusk stressed importance of unity: “The disintegration of the European Union will not lead to the restoration of some mythical, full sovereignty of its member states but to their real and factual dependence on the great superpowers: the United States, Russia and China. Only together can we be fully independent.”

Notably, he sent this letter before EU summit held on February 3 in Malta.

Germany’s foreign minister also made a tough statement: “I think we should all hope there are agreements between Russia and the US, not to the detriment of Ukraine or to Europe”.

According to the minister, Europe should not stay passive “like a rabbit facing boa snake” in its relations with Washington.

Statements of European diplomats elicit their discontent and concerns. Because European Union and United States are regarded as most reliable partners. But stance of Trump administration towards Russia and Middle East casts a shadow over this partnership. In other words, Europe may have problems with neighboring Russia because common values with United States. This can also refer to Iraq.

Mass media and sociologists keep Trumps policies under scrutiny, as it was with regard to former US presidents. CNN/ORC national poll reveals 53 percent of Americans don’t approve Trump’s post-election decisions.

According to information, only 44 percent of citizens approve Trump’s performance.

Trump’s statements, tweets and decisions promise more boisterous than usual 4 years for Americans and the world. In other words, it will resemble a political show. Probably Trump and authors of this political project prepare some experiments on new issues. 45th US president seems suitable to test their ideas. This is the reason of rising protests against Trump’s steps from the first day of his presidency. Inany case, if the developments led by Trump are proven to be an experiment in world’s leading country, this will raise a question: what the world should expect until 2021?