Decisions of International Court of Justice - unmasking of invader Armenia

Decisions of International Court of Justice - unmasking of invader Armenia There is no doubt that Azerbaijan is right in its struggle for the restoration of territorial integrity and sovereignty. Various international organizations have recognized this at multiple events.
185 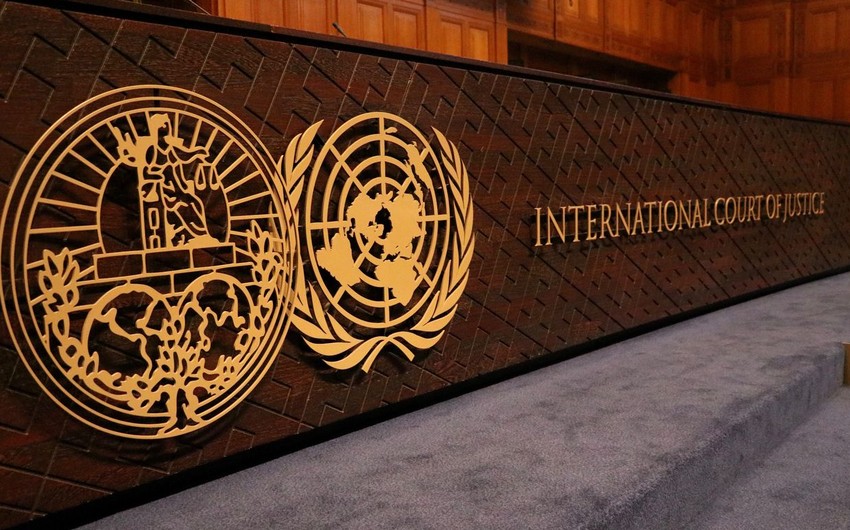 There is no doubt that Azerbaijan is right in its struggle for the restoration of territorial integrity and sovereignty. Various international organizations have also acknowledged this fact at multiple events. UN Security Council Resolutions 822, 853, 874, and 884, adopted in 1993 to ensure the territorial integrity of Azerbaijan, also confirmed this. However, these decisions have not been implemented for 28 years due to the inactivity of international mediators. During the 44-day war, Azerbaijan prevented the principles and norms of international law from being violated and the UN resolutions from being left on paper. In doing so, Azerbaijan protected their reputation.

After the Patriotic War, the Azerbaijani side appealed to the International Court of Justice regarding the damage and the propaganda of ethnic discrimination by Armenia. Hearings on Azerbaijan's claim were held on October 18-19. Azerbaijani side appealed to the International Court of Justice for violation of the International Convention on the Elimination of All Forms of Racial Discrimination. In the document, Azerbaijan demanded that Armenia be held accountable and that official Yerevan compensate the damage caused to the nation and the people. According to the statement, the lawsuit states that Armenia has committed and continues to discriminate against Azerbaijanis on the basis of national or ethnic origin.

By the way, this body is the highest judicial body under Article 92 of the UN Charter. Its headquarters are in the Peace Palace in The Hague, the Netherlands. Founded in 1945, the court became the successor to the International Court of Justice in 1946. The obligation of the President of the International Court of Justice is the fundamental constitutional document that organizes and regulates the court. Developing countries have been appealing to this body since 1980. The International Court of Justice has ruled that Armenia should take urgent measures on Azerbaijan's claim. It was highly probable that the UN court, which adopted the resolutions mentioned above, would make a logical decision on Armenia. In this regard, the court decided that the state should take urgent measures against groups and individuals who make forced calls on ethnic grounds in Armenia. Thus, following its commitments under the UN International Convention on the Elimination of All Forms of Racial Discrimination, Armenia must prevent incitement and motive to racial discrimination against persons of Azerbaijani nationality on its territory.

The International Court of Justice has rejected Armenia's main claim and goal, "the immediate return of prisoners of war." Armenia's claim to close the Military Trophy Park was also denied. At the same time, Armenia's insistence on investigating war crimes by Azerbaijan was not satisfied.

It is also natural that Armenia's traditional noisy claim is not upheld since there are no "prisoners of war" in Azerbaijan. Armenian citizens detained in Azerbaijan are criminals. After the tripartite statement was signed on November 10, 2020, they moved to the territory of Azerbaijan and planned to engage in acts of provocation, terrorism, and sabotage. 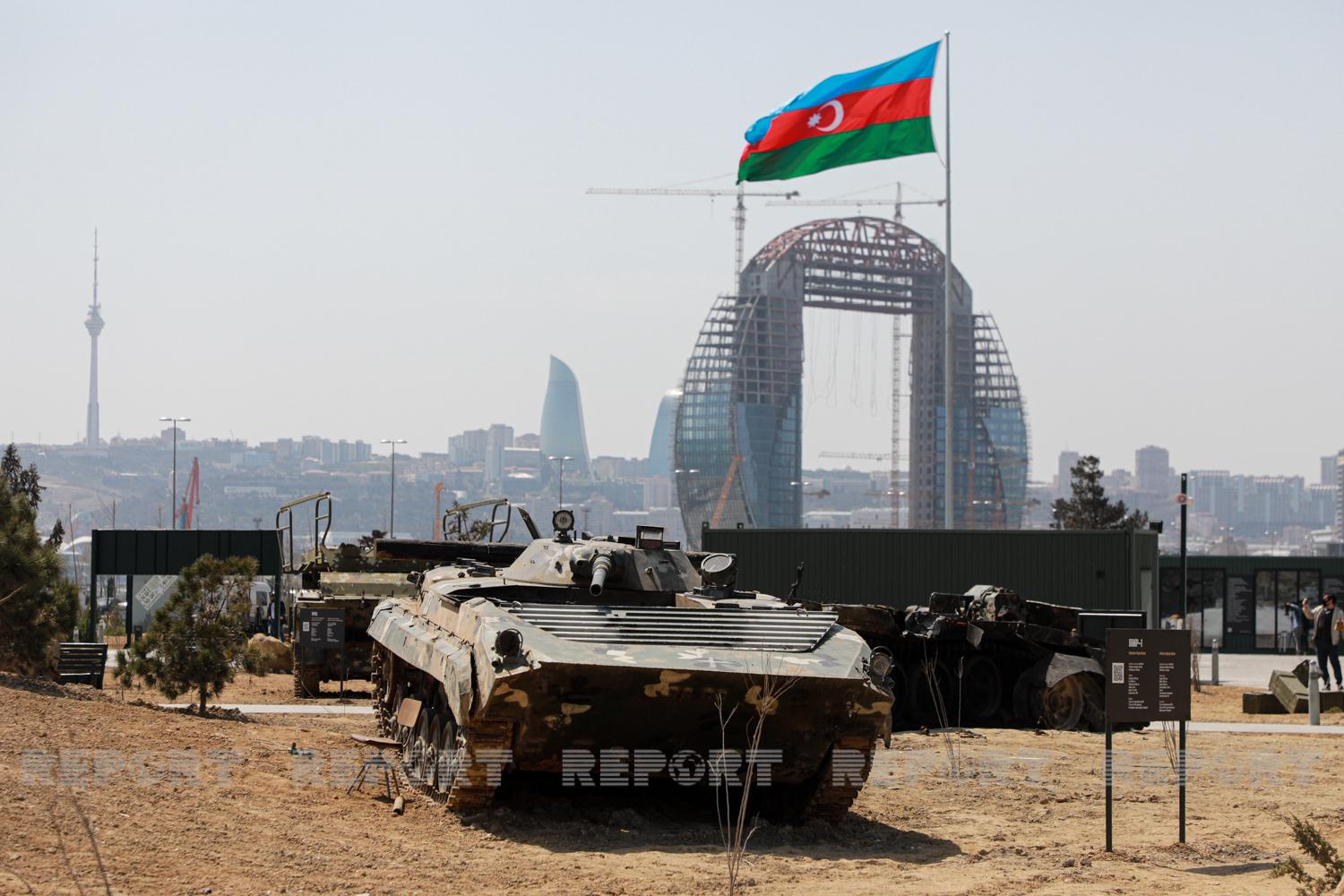 Logically, the court did not satisfy Armenia's claim to close the Military Trophy Park because those spoils belong to Azerbaijan according to the laws of war. By creating this park, Azerbaijan also promotes the bitter consequences of the war. There are also numerous exhibits depicting the defeat of Nazi Germany in World War II by several countries worldwide. The park can also be considered a symbol of war, invader, and capitulation.

Armenia's claim on investigation war crimes committed by Azerbaijan was also denied. The resolutions emphasize that Armenians have occupied Azerbaijani lands, so they must unconditionally leave those territories. In 44 days, Azerbaijan has restored its territorial integrity by implementing what the international community has not done for about 30 years under international law. Therefore, the main culprit in this war is Armenia. By pursuing a policy of aggression, the country violated the rights of both its citizens and the citizens of Azerbaijan. Armenia is an organization or state built on the propaganda of ethnic discrimination, which is confirmed by their false genocide allegations and claims to the territories of neighboring countries. Armenia supports terrorist groups such as ASALA, VOMA, and FOGA, which operate against Turks and Azerbaijanis. These criminal groups took part in the occupation of Azerbaijani lands. However, they have not been punished yet. Ara Abramyan, President of the Union of Armenians in Russia, and Zareh Sinanyan, Armenia's High Commissioner for Diaspora Affairs, participated in creating the "volunteer" battalions formed by VOMA. These organizations intend the illusion of a "Greater Armenia" to come true. They claim that "the Great Armenia of the past must be great today too." These are examples of numerous facts about Armenia's support for terrorism and ethnic discrimination. Thus, the decision of the International Court of Justice can be considered fair. The court's decision once again proved that the allegations made by Armenia are unfounded and baseless. Azerbaijan liberated its lands from occupation. Armenia appealed to the court to cover up its aggression, attract the international community's attention, and play the

role of martyr. Its attempt failed. By appealing to the court, official Yerevan also tried to present itself to the public as businesslike and hide its criminal activities.

After the end of World War II in 1945, the Nuremberg Trials were held over the Third Reich leaders. At that time, the leaders of Nazi Germany were the accused because it started the war and occupied the territories of other states in violation of international law. Since Armenia was the aggressor, it had to act as a defendant in court from this point of view. It is possible to think that the rejection of official Yerevan's claims is also the first lesson for the occupier ...