Azerbaijani President's message to Armenians and their patrons - COMMENTARY

Azerbaijani President's message to Armenians and their patrons - COMMENTARY Armenians in their country and around the world still believe in the fantasies and tales they were told 150 years ago. 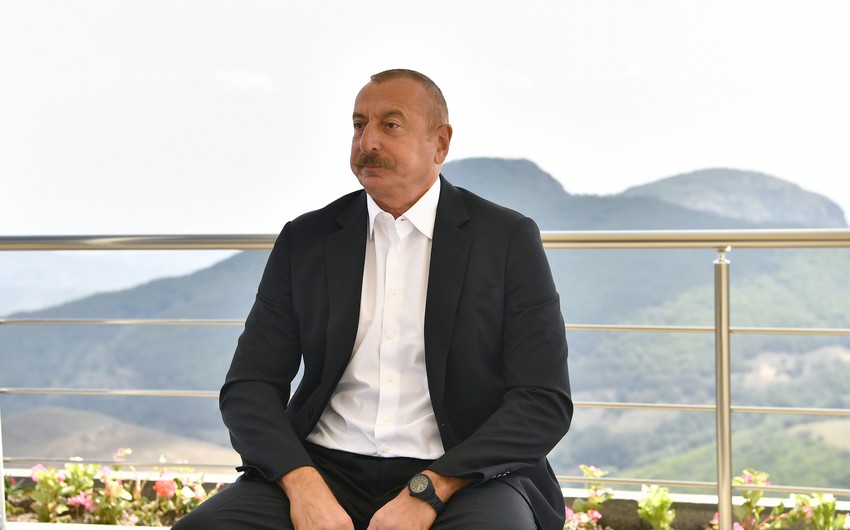 Armenians in their country and around the world still believe in the fantasies and tales they were told 150 years ago. Someone once deceived the ancestors of today's Armenians, claiming that some lands belong to them, and that this ethnic group is suffering. As a result, they also believed in that lie. What is worse is that by sticking to these myths and legends Armenians started to set territorial claims against Turkey, Azerbaijan, Iran, and Georgia. They are living with the dreams of a "Greater Armenia." But let's not dive so deep. For the past 30 years, Armenia, backed by its patrons, has held Azerbaijani lands under their occupation. The Armenians who were settled there thought that the land they walked on was theirs.

And even when they were leaving those territories, however ridiculous it may sound, they vowed to 'return'. Those Armenians who were moved there artificially or others who moved them there, forgot that Azerbaijan is the real owner of those lands. Why? Because they were poisoned by false ideas and did not see an inch beyond their noses. The 44-day war has shaken the evil-wishers in the region, the Armenians, and the forces interested in the South Caucasus and the region. They were forced to accept the reality. By the way, in 2020, the Azerbaijani people drew the attention of the international community to itself owing to the liberation of its lands from occupation and its obstinence in 2020. 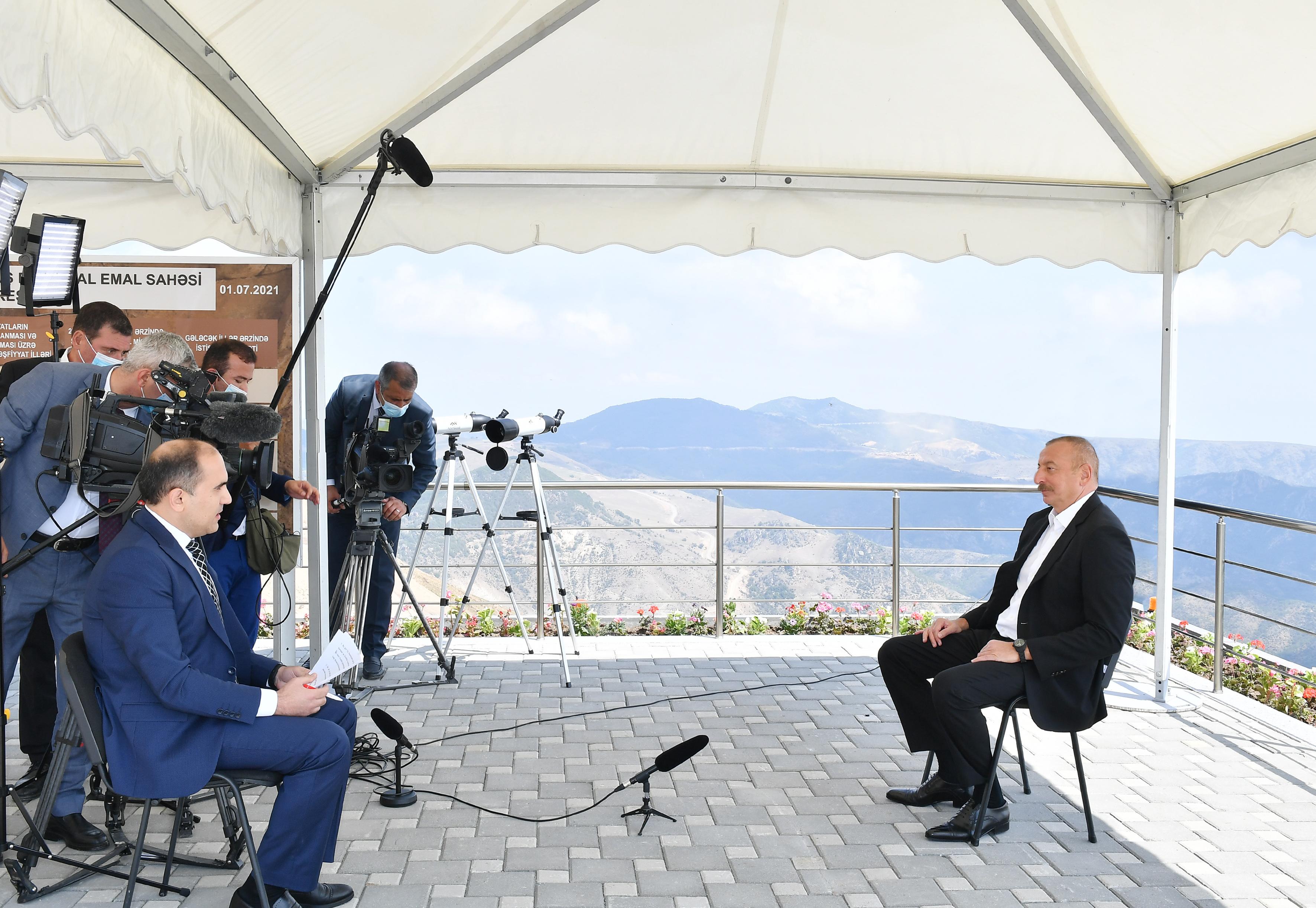 In all his speeches before the lands were liberated, Azerbaijani President Ilham Aliyev conveyed the real situation of the Armenian-Azerbaijani Nagorno-Karabakh conflict to the world's leading states and public. In this issue, he expressed the position of his state. He said that Azerbaijan "will not agree on the establishment of a second Armenian state" in its territory, "will not allow it." Unfortunately, Armenia, as a state, and Armenians, as an ethnic group, did not want to understand this reality. But now, many begin to understand the fact. Even the President of the Council of the European Union, Charles Michel, during his visit to Baku, did not retell the tales told to him by Armenians in Yerevan. Why? Because he learned the truth from a more objective source. Charles Michel's actions proved once again that Armenia, Armenians, their diaspora representatives, and lobbies lied and tried to mislead politicians such as Charles Michel. Such inaccuracies create problems for the EU-Azerbaijan rapprochement. The international community has already begun to accept that there is no "Armenia-Azerbaijan Nagorno-Karabakh" conflict. This is confirmed by the fact that the President of the European Council did not talk about the "conflict" in Baku.

By the way, President Ilham Aliyev also touched upon these issues in an interview with AzTV on July 22: "Yes, Armenia's disappointment will persist because it seems that they have not yet fully recovered from the war. Some of their inappropriate statements and steps show that they still have to draw conclusions. They must not forget the Second Karabakh War. While in Yerevan, Charles Michel called the border areas disputed. Honestly, I do not agree with this statement. Because we consider that these are our territories. I think that this is the territory of Zangazur. Zangazur is our ancestral land, and we are in our own territory." 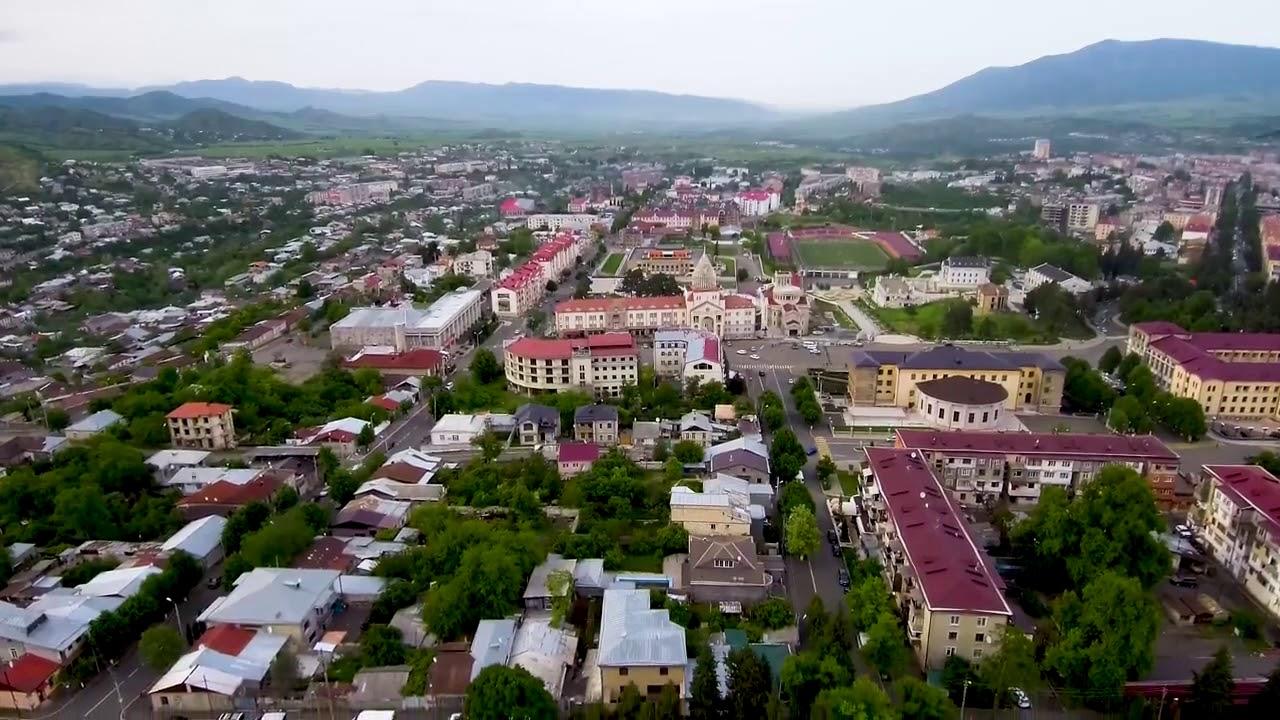 No one denies that Armenians who lived in Khankandi during the former USSR - the years of the Azerbaijani SSR - are the citizens of Azerbaijan. The President of Azerbaijan reiterated that 25,000 Armenians live there: "History has put everything in order. But in terms of status, today, 25,000 people are living there. We have quite extensive and diverse information about the processes happening there. We knew before the war what was happening there. Of course, we still know it because they live below us. The actual number of people living there is 25 thousand. Other figures suggest that more than 50,000 people might have returned after the war, but that does not mean they stayed. They returned, then left and then returned. Secondly, we have various technical means and satellites. We know the number of vehicles there. We see the movement of people. As they say, there are other objective means, based on which we know precisely how many people live there - a maximum of 25 thousand." 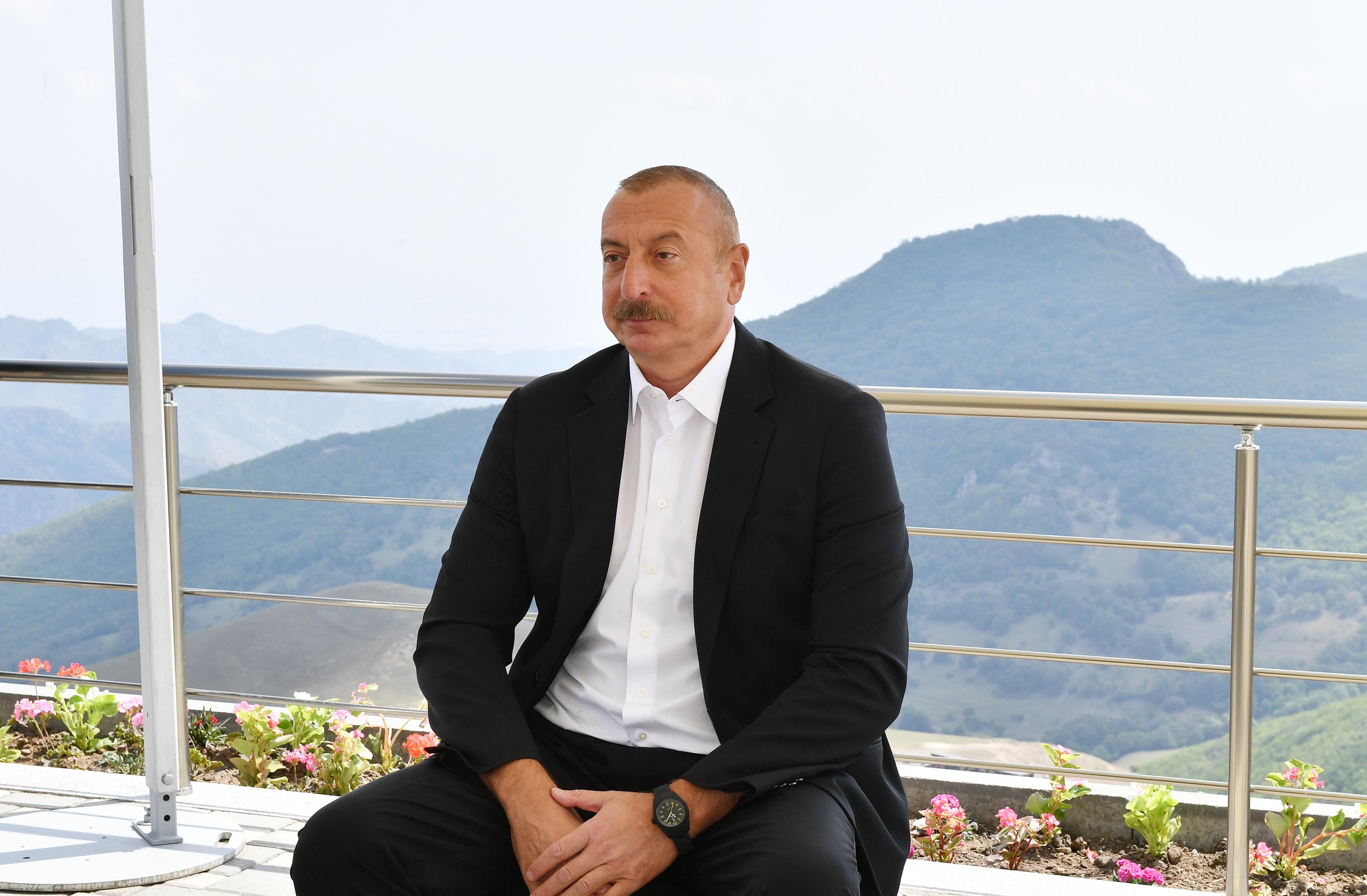 The head of state once again commented on the adventurous claims of Armenians and their supporters such as 'status': "There is no Nagorno-Karabakh, no status! There is the East Zangazur with the Karabakh economic zone and it was reflected in my order of July 7, 2021. The Nagorno-Karabakh Autonomous Region was established a century ago, on July 7, 1923, and the East Zangazur and Karabakh economic zones were established on July 7, 2021. Therefore, this is not the case, and, I want to repeat, that if someone wants to grant a status, there are about one million Armenians in the United States, more than 500,000 Armenians in France, more than 100,000 Armenians in Marseille and its environs. So, why don't they grant the status there? Why should this status be granted in Azerbaijan? What are the legal, political, and historical grounds for this? There are none of them! Armenians settled in those countries before they did in our territory." The President also noted: "I do not object to the creation of five nagorno karabakhs elsewhere. I will recognize them. But not in Azerbaijan."

Ilham Aliyev said that the Azerbaijani parliament abolished the Nagorno-Karabakh Autonomous Region in November 1991, a month after the restoration of independence. It all was documented. And the abolition was conducted in a legal manner: "Of course, it is inappropriate to talk about Nagorno-Karabakh after the end of the war and the settlement of the conflict. That is why I said that there is no such territorial unit in Azerbaijan." 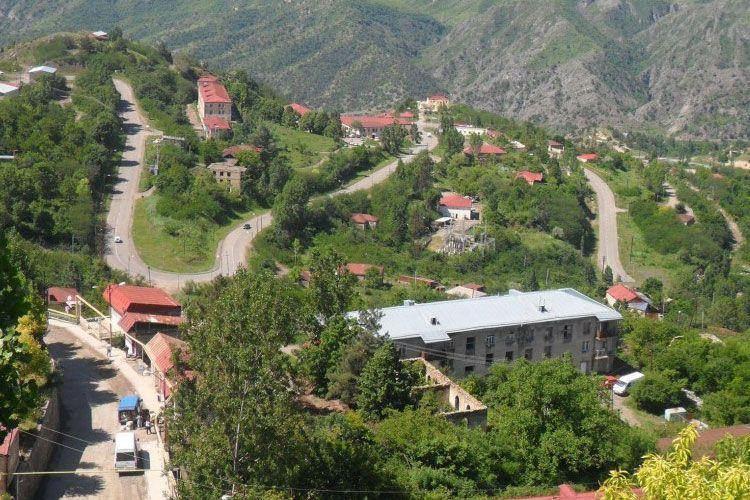 In his interview, the President also stressed that the Azerbaijani state has complete control over the liberated territories: "Every day we monitor how many cars entered and left the Lachin corridor. At the same time, we see vehicles coming from abroad, and we said that it should be stopped; it is not good since this is our territory. How can a foreign vehicle enter there without our permission? And if someone considers that we do not see it, he is wrong. In some cases, there are Armenian license plates on those cars. But we are there; we are in the corridor. We see everything, both Khankandi and the corridor. Therefore, it must be stopped. The number of cars leaving every day is much higher than the number of vehicles entering."

Media have recently circulated the videos of vehicles and fuel trucks belonging to the Islamic Republic of Iran in those areas. With this speech, the President made it clear that he was aware of what was happening. Ilham Aliyev also warned those who want to present themselves as friends to Azerbaijan.

In this interview, Ilham Aliyev reiterated Azerbaijan's position to the local and international public. His speech contains messages to the Armenian leaders and the Armenian public. He explained to them that the best way is to accept the reality, which depends on Armenia's fulfillment of its obligations, respect for the territorial integrity of neighboring countries, establishment of regional cooperation, and creation of an atmosphere of mutual trust.