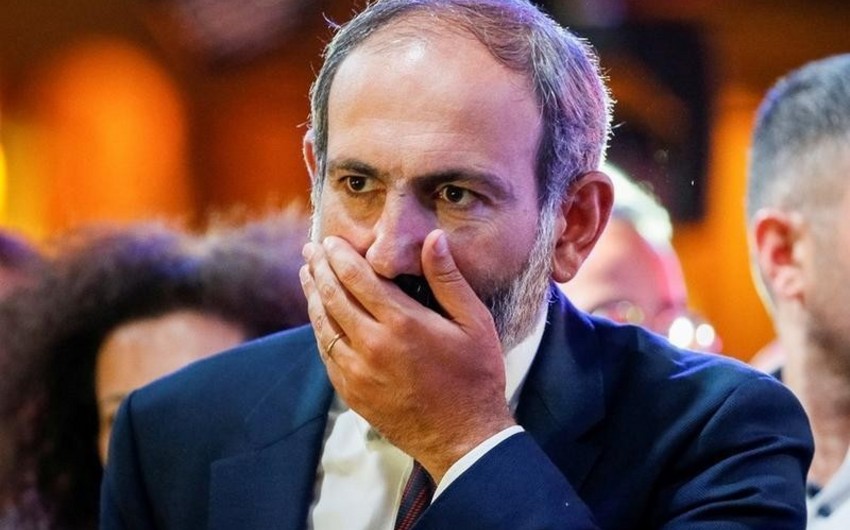 Baku. 20 November. REPORT.AZ/ Although 12 days have passed since the Collective Security Treaty Organization (CSTO) summit in Astana, Armenia's official and unofficial figures still can’t calm down. One of the main reasons for this is that Armenia's claim for the secretary general in the organization was not met.

Government and public representatives are making a big stink.

Former Defense Minister of Armenia Vigen Sargsyan said that missing the post of CSTO Secretary General will be a serious loss for his country: "This organization is an important part of the security system in our country".

The situation even caused diplomatic tension between Yerevan and Minsk. Spokesperson for the Foreign Ministry of Belarus Anatoly Glaz commented on Nikol Pashinyan's appeal to Belarusian President Alexander Lukashenko condemning him for acting as an international prosecutor: "Perhaps, Mr. Pashinyan has not yet realized that the rules of 'street democracy' don’t work in the big policy. We're sorry. We hope that this will be regulated by time."

Notably, Nikol Pashinyan said that he would demand clarification regarding Lukashenko's meeting with Ambassador to Azerbaijan behind the closed doors in CSTO.

Meanwhile, Azerbaijan has responded to Armenia's concerns about Belarus. On November 14, President said during the reception of Ambassador of Belarus to Azerbaijan Gennady Akhramovich: “We are watching the situation in our region, including the recent Summit of Collective Security Treaty Organization in Kazakhstan. We are not indifferent to it. In my opinion, it can be understood. Because Armenia is a country that occupied Azerbaijani territories and, of course, we are not indifferent to who will lead the military-political organization - the Collective Security Treaty Organization. Discussion of these issues between partners and friends is normal. And this should not cause any anxiety in Armenia. "

In his turn, Alexander Lukashenko also responded to the head of the Armenian government and other official and unofficial persons at the meeting with Azerbaijani President Ilham Aliyev in Minsk on November 19. Speaking about the visit of President of Azerbaijan to Belarus, he said: "Belarus has been waiting for you. Once again, I confirm that there will be no closed issues between us. There was a lot of information about the official visit. And as you know, there were several reasons for that. Sometimes there were fake news. But this is also a result. Even some of the negative information that is not true can sometimes give a positive result. So there was a sincere interest in your visit. People in Belarus  consider Azerbaijan as a fraternal republic, which is very friendly to us and we have very good relations. This concerns both the presidents, intergovernmental commission, and the trade and economic relations. It is enough to say that the volume of trade between Belarus and Azerbaijan has increased almost 3.5 times over the past year." We used to live in one state. We are very close people. We have common roots in the Soviet period. Perhaps, Belarusian and Azerbaijani people had good relations ages ago,"

Notably, Alexander Lukashenko said at a meeting with Azerbaijani Ambassador to Belarus Latif Gandilov a week ago that the official Minsk is ready to nominate three candidates for the post of the CSTO Secretary General: "The next country alphabetically is Belarus, and we should be ready to offer our candidacy."

Armenia intends to nominate Vakarshak Arutyunyan as a Secretary General. Before leaving for the Astana summit, Nikol Pashinyan announced that official Yerevan would insist on appointment of the Armenian candidate to replace Yuri Khachaturov. But, as a good saying goes: “Stubbornness  is a sign of stupidity”. Official Yerevan is still unable to draw a lesson from the Astana summit. Undoubtedly, Nikol Pashinyan and powers supporting him are unable to gather Armenian citizens at the building in St. Petersburg where the next CSTO summit will be held. By the way, Russian presidential spokesman Dmitry Peskov said on December 6 there will be  a summit of the CSTO, the informal meeting of CIS heads of state and probably the summit of the Eurasian Economic Union in this city.

In fact, Nikol Pashinyan makes big mistakes by making new statements on the issue. Touching upon the issue of electing the Secretary General for the CSTO yesterday, he said that Armenia will not adjust itself to the interests of its international partners: "They are used to seeing Armenia in this state. But it will not last any further. Our people and our government are able to defend our country's interests. Everyone must reckon with us. I promise you that they will reckon with us from now on." Nikol Pashinyan's speech is an idle talk, a demagogy. Such words can only be accepted by the mass that lives in euphoria. Perhaps, he addressed the electorate for success in the extraordinary parliamentary elections to be held on December 9 in Armenia. Because all the organizations know Armenia's state very well. Who is Nikol Pashinyan threatening to? And what can he do? Which interests are mentioned?

In any case, there is a need to pour cold water on those representatives who have a high opinion about Armenia and this ethnic group and humiliate others. We will recall some of the facts to Nikol Pashinyan. Who protects Armenia's borders with Turkey and Iran? Russia. Which country has a military base in Armenia? Russia.

Where do millions of dollars in non-commercial financial means come to Armenia from every year? From Russia.

Through whose help does Armenia keep  region of Azerbaijan under occupation? Through their patrons' help. Whose gas does the population of this country rely on? On Russia's. This is not the full list of such questions and answers. It includes issues from the resettlement of the Armenian ethnic group in the Caucasus to playing the role of instigators in the region over the past 190 years. Armenia has put forward territorial claims to neighbor countries since its establishment. In other words, Armenia has been a threat to security in the region, as a hand-held toy of its patrons led by Russia. Does Nikol Pashinyan want to say that they will increase the activity in this direction or will not engage in this business? In the former USSR, Armenia was subsidized by Moscow and its allied republics. After the collapse of the Soviet Union Armenia's main sponsor has not changed. Did Nikol Pashinyan want to declare that his sponsor has changed?

As is known, this state exists through donations from the world. Nikol Pashinyan is collecting money for holding the extraordinary parliamentary elections on December 9. The activity of the Hayastan Fund established by the decree of the President of Armenia in 1992 is a clear example. As a result of the European telemarathon organized by the organization, EUR 1,242,460  has been collected. The event was held on November 14-18. It was noted that the accumulated funds will be used for the development of agriculture in the Tavush region of Armenia and the occupied Karabakh region of Azerbaijan. Thus, the bellicose statements of Armenian officials who exist at the expense of donations and grants, who can’t purchase a bullet at their own expense against Belarus are also ridiculous.

To put it mildly, this is a shamelessness.