Armenian authorities are changing, but soldiers in Karabakh continue to die - COMMENT

Armenian authorities are changing, but soldiers in Karabakh continue to die - COMMENT Despite the change of power in Armenia and the emergence of new political forces, the main problems in the country are still not resolved. Just the other way round, they have become even worse. Events confirmed the absolute dependence of the Armenian economy on external borrowings, especially on the Russian capital. Foreign direct investment in the Armenian economy is in a deplorable state. Judging by the published data, in January-June of this year, direct foreign investment in the Armenian economy dropped fivefold. While in January-June 2018, they amounted to 38 billion drams ($80,138,280 ), the indicator for January-June 2019 was just 7.8 billion drams ($16,449,437). The difference is obvious. 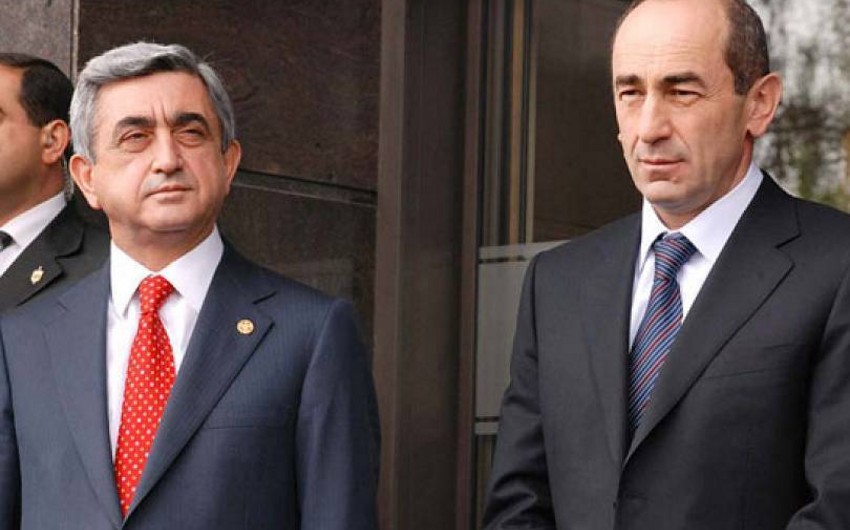 Despite the change of power in Armenia and the emergence of new political forces, the main problems in the country are still not resolved. Just the other way round, they have become even worse. Events confirmed the absolute dependence of the Armenian economy on external borrowings, especially on the Russian capital. Foreign direct investment in the Armenian economy is in a deplorable state. Judging by the published data, in January-June of this year, direct foreign investment in the Armenian economy dropped fivefold. While in January-June 2018, they amounted to 38 billion drams ($80,138,280 ), the indicator for January-June 2019 was just 7.8 billion drams ($16,449,437). The difference is obvious.

No matter how hard the Prime Minister of Armenia Nikol Pashinyan and his henchmen tried to break away from Russia, all these attempts failed. Official Yerevan once again clings to Moscow, which is additionally proven by the return of Russian businessman of Armenian descent, a billionaire, the head of the Tashir company Samvel Karapetyan, to Armenia. Thus, Moscow lit a green light in Yerevan.

The Armenian community of remains a puppet in the hands of ex-presidents Robert Kocharian and Serzh Sargsyan. Nikol Pashinyan tried to appease them, but in vain, because the majority of the representatives of the Armenian community are pro-Russian, which means they will continue to dance to the tune of Kremlin’s acceptables - Kocharyan and Sargsyan. A campaign to collect signatures has already begun in occupied Karabakh, demanding protection of Kocharyan’s rights. An essentially absurd performance is being played - the Armenian community, whose representatives are the citizens of Azerbaijan, defend the rights of the ex-citizen of Azerbaijan Kocharyan, who is now a citizen of Armenia. Although it is likely that he did not even change his citizenship. Today, on November 7, a court presided by Anna Danibekyan will rule on the Kocharyan case. It is still unknown whether he will be released on bail or not. That is, the main intrigue is to be resolved today.

Meanwhile, on the initiative of the US ambassador to Armenia, Lin Tracy, a meeting was held in Yerevan with the former president of Armenia, Serzh Sargsyan, who was involved in the March events and who came to power through shedding blood. The American diplomat emphasized the importance of maintaining Sargsyan's long-term ties with all political parties in the country, including the Republican Party. Thus, the ambassador made it clear that America intends to engage in dialogue not only with the Armenian authorities, but also with the opposition. Sargsyan, in turn, noted the importance of ensuring the "security of Armenia and Karabakh", stability and peace in the region.

Meanwhile, the head of the Armenian government, Nikol Pashinyan, on his Facebook page shared interesting information on the course of the negotiation process on the Nagorno-Karabakh settlement: “Although the tension is reduced, it still remains. Unfortunately, we suffered losses. Nobody talks about achieving decisions in the negotiation process, however, there is quite an interesting dynamic, attempts to find a solution, the desire to find it." Pashinyan noted a decrease in tension compared with what it was several years ago. The head of the Armenian government emphasized that his position on this issue boils down to upholding the interests of the Armenians.

The turn of events clearly indicates that Kocharyan is playing the Karabakh card to get out of prison, Sargsyan is doing so to be on the agenda again, and Pashinyan seeks to enlist the support of his compatriots. But none of them cares about their people, but only about their own benefit. No one even said a word about the situation in the Armenian army, that conscripts openly refuse to serve in the occupied lands. Under various pretexts, parents in Armenia take their sons out of the country, because they know that they can die not only in a shootout, but also at the hands of their fellows, or take their own lives, unable to withstand inconsistent relations in the Armenian army.

Just recently, on November 4, the Investigative Committee of Armenia announced the next loss among the Armenian military. Erik Harutyunyan, who served in occupied Nagorno-Karabakh, committed suicide. Examination of the corpse revealed traces of a fatal gunshot wound. A criminal case has been instituted on the fact of “reducing to suicide”, an investigation is underway. The criminal case on the death of 19-year-old Armenian soldier Vardan Melkonyan was suspended. It should be noted that on July 23, 2017, he was found hanged near school No. 95 in the Nubarashen district. According to the mother of the deceased, Karine Manukyan, her son was brutally beaten by civilians who arrived at the military unit, and later hanged to simulate suiside. The soldier’s mother demanded an objective investigation. And there are many other cases of this kind. Every now and then the Armenian press is full of similar reports. So, for example, Armenian soldier Volodya Galoyan intended to shoot his colleague. After firing, Galoyan escaped, but was later shot dead by another soldier. The incident occurred on the territory of Azerbaijan occupied by the Armenians - Nagorno-Karabakh.

Another case involving an Armenian soldier was made public. A 30-year-old Armenian soldier, who served on a contractual basis in the Russian border troops stationed in Armenia, hanged himself at his dacha. According to the lawyer Hayarpi Sargsyan, interpreting these cases as suicide is fundamentally wrong. The lawyer believes that the investigation deliberately keeps silent about crimes in the Armenian army. Last year, a corpse of Arthur Gasparyan was found near a point with the code name "Bus-3" with traces of a gunshot wound to the head. A criminal case was initiated under the article “Reducing to Suicide”. A machine gun and two bullet cases secured to it were found during examination of the scene. On October 1, 2018, a serviceman of the N military unit Gevorg Garoyan received a gunshot wound to the chest. Two hours later, he died in a hospital. Everyone has heard about the suicide of contract soldier Harutyun Nerkararyan.

Summing up this sad statistics, we can say that last year 63 Armenian soldiers died under various circumstances, 11 suicides were committed. 38 cases occurred during the service, 25 outside the service. And this is only the published data. That is, even a change of power in Armenia did not contribute to changes in military units.

In other words, power is changing, faces are flickering, but everything remains as before in Armenia itself. After many years, Russia is still the main sponsor of Armenia, and the Karabakh Armenians are puppets in the hands of the Yerevan establishment. Political games and circumstances are changing, only the deaths of Armenian soldiers whose lives were cut short at the very take-off remain unchanged ...